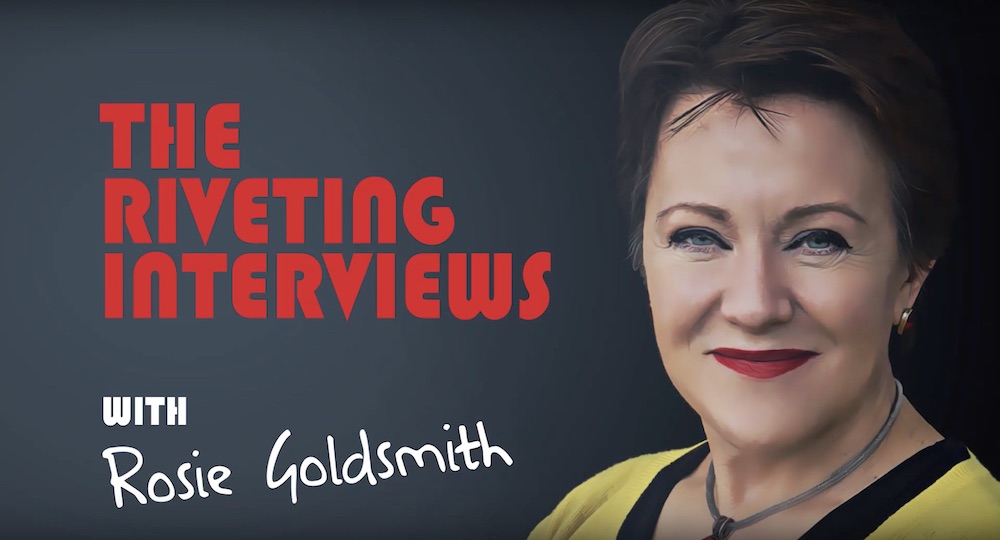 It’s THAT month. I apologise that my #BeautyNotBrexit campaign obviously did not work, but as Sid James and Barbara Windsor might have said, ‘Carry on Europe’! There were so many Carry On films that I had assumed there’d also have been a Carry On Europe film (so ripe for satire), but no: if you Google those words all you get are three pages of posts about Carry On Luggage. Then, on the third page you find a post about an event I attended last night, entitled ‘Carry On Europe’: an Austrian-English-German literary head-to-head with Robert Menasse and Jonathan Coe, chaired by the FT’s Frederick Studemann. You couldn’t have wished for a more European discussion. Added to which the great Jamie Bulloch was there as the translator of ‘Capital’, Menasse’s magnificent novel about the European Union (out now with MacLehose Press). Ok, a preponderance of men on the panel last night but we women were vocal, and in several languages, as the debate continued through the evening. And that’s the good thing about these past few tragic, toxic years: we have all become more vocal. We will Carry On in Europe – whatever decision is taken this month. So, carry on, please, supporting the European Literature Network (we are 10 years old this year!), supporting everyone working in the field of international arts and literature in the UK. Read magnificent Menasse, read funny and humane Coe: books and the arts are currently providing the answers, the escape, the will to Carry On.

March is coincidentally and happily a book-heavy month. Next Thursday,after two prize-winner events at the British Library and Blackwells in Oxford (check our calendar for details), on March 7th at EBRD HQ in London, we announce the winners of the 2019 EBRD Literature Prize. You are all warmly invited to the ceremony and reception, but please register. As Chair of the Judges, March is the culmination of many months’ reading and debating.  My fellow judges and I, Ted Hodgkinson, Samantha Schnee and Gabriel Gbadamosi, have not only selected a spectacular Longlist of ten novels but also a staggeringly good Shortlist of three novels – Nora Ikstena, Olga Tokarczuk, Hamid Ismailov and their translators. We have reviewed all ten longlisted novels, which you can read here on our website.

London Book Fair starts on 12th March. With so many terrific author and translation events, LBF has become unmissable. Anna Blasiak, Nikki Mander and I will be based mainly at the Swiss Stand 6D90 so do drop by for a chocolate and to talk about publishing, translating and promoting Swiss books. The evening of 12th March I’ll be chairing an event at the Romanian Culture Institute in London entitled ‘European Topos’ – another great European event and with two of my favourite Romanian authors Ioana Pârvulescu and Claudiu Florian – in the company of Paul Bailey. This event is also a stepping stone on our way towards creating our Romanian Riveter magazine later this year. First, though, in early summer we will publish our Queer Riveter, featuring European LGBT writers, with the great Paul Burston as our guest editor.

Still on riveting matters: a reminder from our editor, West Camel, that the deadline for this month’s Riveting Reviews is March 18th, publication on March 21st – which is the day after our next European Literature Network meeting: March 20th at UCL (details in our calendar).

Finally, in our global takeover of the word ‘riveting’ the big news today is that we are adding one more art form to our riveting pantheon: The Riveting Interviews. Today we launch our new audio and video Interviews with riveting foreign authors in English. Short engaging conversations, the first podcast of its kind, presented by me, professionally filmed and recorded by London Video Stories, available free via all platforms and our website. The only hitch is that you have to pay for it! Each podcast costs only £500 so, when you know you’ll have riveting authors in town, factor in the funding, contact us as early as possible and we’ll make a decision based on our riveting criteria. Thank you to the Swiss Arts Council Pro Helvetia for supporting the very first Riveting Interviews, launching today with Swiss-German poet and performer Nora Gomringer on YouTube, Soundcloud, Spotify, iTunes.

Dear Fellow Riveters, carry on carrying on – it’s all we can do.