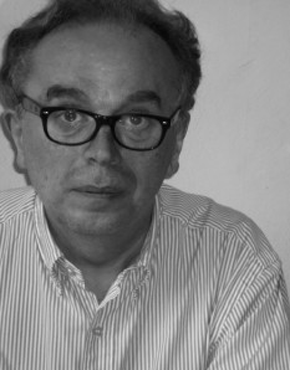 ELit Europe after Corona: Tomorrow’s world is the same as yesterday’s, only worse… Reflections of a grumbler by Jürgen Ritte

Tomorrow’s world is the same as yesterday’s, only worse…
Reflections of a grumbler
by Jürgen Ritte

I am a native Rhinelander, or rather: a Cologner, and a qualified Frenchman, or more specifically: a Parisian. And I have distant Italian relatives. From Lucca. In any case, I’m a city dweller, an urbanite of conviction – and a European, or maybe what post-crisis we will rather call a Latin European. I belong to those urban people who feel at ease among those who are as differentiated as possible and consistently alternative. I also belong to the old-fashioned people nowadays who wish everyone, even perfect strangers, a nice day or a pleasant evening as they walk into a shop or an office. Or the hotel dining room in the morning. Or when meeting somebody on a hike. Or taking a seat in an open-plan carriage. I belong to those who hold out a hand to greet others, or as the French do, to faire la bise and ‘air kiss’ closer acquaintances on both cheeks.

I can no longer do that presently, or only to a limited degree. But long before we knew how to spell Corona or Covid-19, there were a dwindling number of people who responded to my salutation. Many of them, often younger people and often probably from north of the Alps and east of the Rhine, even seemed to feel inconvenienced when an older gent briefly said hello as he had to squeeze into the plane seat next to them. They stared at their mobile phones, kept their earphones on, shovelled usually foul-smelling junk food in their mouths, sucked from water bottles. They already lived and moved in a bubble. Self-contained monads, nomads, for whom the virtual and digitized world was always more pleasant than the real one, and who increasingly felt any social contact as a form of aggression. Hence, they never went into a shop where you still have to greet the sales assistant and instead prefer online shopping. From Amazon. So, hastening the extinction of the cities that they only regarded anyway as a backdrop for jogging or an Aperol Spritz in the holidays.

In short: my suffering began long before the state-decreed ‘stay home’ rule in France that I experience as a consequence, as a provisional zenith of the galloping atomization of society. The virus is therefore not the trigger for social changes, as officious social theorists always claim (and have to claim: after all, that’s the basis of their business). Rather, in the analogous photographic sense of the word, it is their developer, their revealer. And it also reveals the fundamental asynchronicity of what is presumed as synchronicity in Europe. The monadization is the most advanced in northern European societies, specifically in those societies that are also the most advanced in the process of digitization where they identify their salvation: the greatest possible elimination of the human – and most expensive! – disruptive factor. The fact that, in the early days of the crisis, southern Europe is suffering the most elicited the usual arrogant smile from those with political and scientific accountability: down there, well, but not near us…

And the debates about Eurobonds proceeded accordingly. The North – Holland always so selfless, Germany always so European, Austria always averse to populist temptation – the North couldn’t care less about the South. At best, southern European countries are good enough for Ballermann or summer holidays with dinner on a cosy night with a few fun Italians, Spaniards, Greeks, Portuguese, Provençals as picturesque extras. And they should kindly take care to secure Europe’s external borders when the northern Europeans, having returned home, recover from sunburn and Soave, Rioja, Retsina and Vinho verde. It’s regrettable that the migrant boats – well, they still exist – don’t land at Scheveningen, on the islands of Norderney, Sylt or Rügen or near Gdansk…
From the perspective of the North, the South doesn’t really belong. A Dutch prime minister has the audacity to give lessons to Latin Europe, as though, as the representative of a great power of artificial, i.e. tasteless, yet packable fruit and vegetables, he were dealing with a band of troublesome children – to whom his compatriots go on an annual pilgrimage in their tens of thousands, at least to have a decent meal once a year or to evade the tedious, so moral wise guys back home.

It’s not my genre, nor my metier to risk visions of the future or to extemporize social theories, which at the moment are raging even more exponentially than the Covid-19 virus. Yet, if we dare for a little while to extrapolate what we’re currently enduring, then the chance of giving Europe the decisive push, the decisive jolt towards the future, towards genuine integration with shared risks and a unified fiscal policy has – I fear – long been permanently lost. There will be no united Europe that can share all the burdens together, no Europe that we treat as a common destiny. That’s been taken care of by politicians like the Dutch prime minister as he busily pours water on the mills of the populists in southern Europe. In northern Europe, they will carry on regarding themselves as model students and punctually say “enjoy your meal” at Friday lunchtime and finish work in the evening, while southern Europeans are still hard at work. The North will keep on seeing the South as a summer resort and demand that the money, which Mr Schulze left with Giovanni, will also be managed in the way that Mr Schulze or Rütte imagined.

It will not be enough to keep on fiddling afterwards, but that’s exactly what will happen, exactly that is happening – until Europe finally collapses as a willing victim of the populists. And of the global financial markets, which are then definitely stronger than the individual states, of the internet and virtualization corporates that have long since made this fortress helpless with this social vision of a small, but originally powerful and prosperous, and above all democratic, civil rights-based continent. We will all become ‘glass consumers’ and willing subjects, each one of us safe in the comfort of his small, germ- and virus-free bubble. And in northern Europe they will even still be happy in the process… Brave new world.

I hope that I am wrong.

This blog was originally published on ELit Literature House Europe website on 28 May 2020.