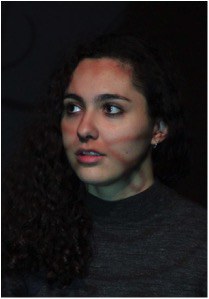 Coming-of-age stories seem to be enjoying a revival. Today, however, education means studying at a university, writing CVs and motivation letters, jobbing under fixed-term contracts and, for those who are lucky enough, working under a permanent contract. Intrinsically, this kind of education isn’t meant to lead to the fulfilment of any young person.

Aurélie, the main character of Marion Messina’s debut novel, is studying but her goal is not to learn or even “dislearn”, i.e. adapt her perception of the world to reality — She just studies for the sake of it. Born into a working-class family in Grenoble, she was good at school and dreamt of getting ahead in life but soon became disenchanted. Confronted with the mediocrity of her teachers and the stupidity of her fellow students, forced to do gruelling jobs in order to survive, Aurélie progressively retreats into her shell and loses her motivation to study. Without a regular income and conscious that her ambition to climb the social ladder is impracticable, she realises that studying means barely accumulating skills and that culture will definitely remain out of reach, a luxury she can’t afford. Under such conditions, she wastes the best years of her life, “the golden age of the average Westerner”, between 18 and 25.

“As Aurélie set foot on platform C at Gare de Lyon, she didn’t dare challenge Paris.” This sentence expresses an attitude at the antipodes of that chosen by such characters of coming-of-age stories as Balzac’s Eugène de Rastignac or Stendhal’s Julien Sorel. As a consequence, the improvement of Aurélie’s social status is barely of a geographic nature: she used to be a cleaning agent in Grenoble and becomes a desk hostess in Paris. And what about her love life? Nothing to write home about, either, as she only experiences “new age” relationships “without commitment” that “mirror the logic of mobile phone special offers”. She has lovers, of course (a student who delivers pizzas in the evening, a desperate executive in his forties and Alejandro, a Columbian who dreams of being the new García Márquez and ends up as a Spanish teacher), but she never encounters real love. “I fuck, therefore I am,” she states.

Literary critics have already compared Marion Messina’s hyper-realistic style to that of Michel Houellebecq. Quite purposefully, as she also describes the social, sexual and relational misery of a generation that was never confronted with war, lives at the “level zero of suffering” and is condemned to remain on “side B of life”. Although she tends towards generalisation, Messina shows humour and lucidity as she describes the setbacks of young people who are “both submissive and professional”, must be resourceful and pragmatic and experience work environments as a succession of “anxious hugs”. Her book by no means claims to be original. Born from urgency, it speaks a clear language stuffed to absurdity with words like “CV”, “fixed-term” and “job centre”, thus weaving a particular web that mirrors a harsh reality — that of today’s France.

This blog was originally published on ELit Literature House Europe website on 7 February 2018.