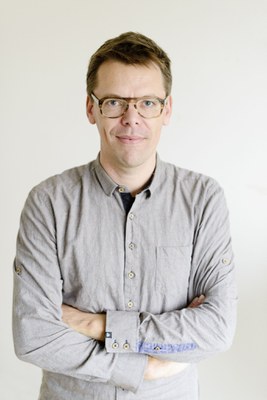 A group of four people, the ‘sun kings’ in their late twenties and early thirties, live and work in Berlin – with the emphasis on living. What we find out about Sam, Cherry, Hannah (who at some point swaps places with Bill) and the first-person narrator, Aidan, mostly revolves around their leisure time.

The first part is set in Berlin, while the second part is in San Francisco or in the desert. That’s where the sunshine comes in; in Berlin, things are concrete- and winter grey, but the characters are always a colourful contrast to this. They are all garish, brash and liven things up with their drug-induced moods. We only discover incidental information about their careers or personal backgrounds and get to know much more about their individual outfits. Their personalities are mirrored in the way they dress and the constant switches of clothing – preferably leggins or something with fur, feathers or glitter – already reveal insecurities behind the perfectly groomed facades. Introducing the main characters: Cherry: a bondage model and PhD student in mathematics with her specialist subject being tropical geometry; Sam: a historian whose specialist focus is homosexuality in the Nazi period (she was once a Goth and is still a fan of post-punk bands like Joy Division and Depeche Mode); Hannah: embraces rebellion and likes to experiment as well as fight her middle-class upbringing. She works in the photo editorial department of a publishing house (like her boyfriend); Aidan: a freelancer and journalist for the online music programming department of a publishing house; he has a genuine weakness for dragons, behaves like a bookworm and has a melancholy, depressive side. This may all seem superficial, but in fact underlying social problems are dealt with as an aside. Cherry complains about being a woman in academia. Aidan is offered a permanent job, not Hannah. That causes an argument and a separation. The model of open relationships is dysfunctional, which is demonstrated extensively in the successive episodes.

The party escapades and drug-influenced excesses are linguistically restrained, managing without formal exploits and being very atmospheric and believable. That also goes for the sex scenes, which are never exaggerated, but seem numerous and are described vividly. The characters are more high than depressed; there is more of a party spirit than hangovers, although they always loom in the background. These sun king/queens share plenty of longing that ultimately turns into hope and finally a new beginning.

Basically, the novel is enjoyable and light-hearted and allows the main protagonists – despite their obvious excitement – to appear as quite normal or as individuals with normal problems, desires and ambitions in life. Aidan’s dragon doesn’t spit fire, but rather blows sweet bubbles for the reader to become immersed in and float along with.

In the end, the sun king/queens are all partygoers for a while. They are party-and-good-times freelancers, play-fight wrestlers in the ring, which is a group of friends, who wait for the bell to ring for the first round played in real life. Since we’ve all waited at some point for this bell, whether as part of this particular group or of another generation, this novel is worthwhile.

This blog was originally published on ELit Literature House Europe website on 16 May 2018.