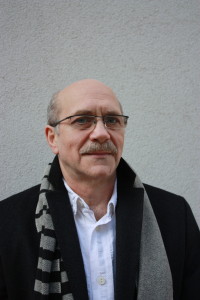 Good at being right – bad at defining right

The history of Austrian copyright law is one of omissions and procrastinations. Throughout the 19th century at the forefront of emerging copyright legislation in Austria was the idea of commercial property rights for publishing and the book market, while the works themselves at best were offered patchy protection. This was true for the 1846 legal patent for authors, the first attempt at Austrian copyright legislation; and half a century later it was no different for the 1895 first Austrian “Law on Copyright in Works of Literature, Art and Photography”. After the censorship of a first edition what was published fell almost without any check into the hands of processors and reprinters. Writers from Peter Rosegger to Arthur Schnitzler complained about the distribution of these copies outside Austria without ever being able to expect any form of remuneration. This was mainly because Austria – in contrast to Belgium, Germany, France, Great Britain, Italy, Switzerland or Spain – had not signed the 1886 Bern Convention for the Protection of Literary and Artistic Works.

This resulted in the continued significant exodus of Austrian writers to Germany where their works had considerably better protection. Not until 1920 did Austria – under coercion after the Peace Treaty of Saint Germain – join the Bern Convention of 1908, which by then had already been revised several times. The Austrian Copyright Law of 1936 followed which laid the foundation for current Austrian copyright. The ongoing development slowly continued. Major advances in Austrian copyright law only emerged when the incentive came from outside, for example, in 1982 with a big artists’ demonstration against low cable and satellite television fees or due to Austria’s membership of the European Union in 1995.

In the mid-1990s – a delay of 20-plus years compared with Germany – royalties for loans from libraries, fees for paper copies and reprints in school textbooks were introduced; and in 2015 – about 10 years later than Germany – charges were introduced for copies on storage media in Austria. Enormous economic damage has been done for Austrian writers and publishers due to these delays, while the economic advantage for temporary and popular use is considerable. Given the notorious lack of capital investment there can be no talk of the competitiveness of Austrian publishing products in the German-speaking market overall. Timeliness is not an attribute of Austrian copyright law, but precisely this would be more crucial than ever because of the fast pace of technical innovations.

For the first time in Austrian copyright history, however, one trend has not outpaced its success at such speed that revisions can only be relatively ineffective. In 2012, in Austria an artists’ initiative was set up known as “Kunst hat Recht” (“Art has Rights”). This group campaigned against the challenge to copyright law and any attempt at no-fee and free reprints of works by commercial and non-commercial agents on the Internet.

The challenge to copyright was established – though not in Great Britain – by conditions in America (not applicable to Europe) which involve the irrevocable and comprehensive transfer of artists’ rights up to 70 years after their death to producers. In addition, there is the prosecution of copyright breaches in Germany with legal notices of infringement claims, plus the draft Anti-Counterfeiting Trade Agreement ACTA 2012 to combat counterfeit goods and stolen copies. These measures had little to do with copyright law in the actual sense of authors’ rights and hardly anything to do with Austria. Everyone protested and demonstrated against copyright law. Artists, the true copyright holders, were not involved in the discussion held with consumers and producers and nor were the special problems in smaller European countries like Austria which are the economic sideshow to the bigger common linguistic areas.

The biggest success of artists campaigning with the “Art has Rights” platform was not that they achieved compulsory royalties for digital copies on storage media. Rather, it was that they turned around an earlier clear parliamentary majority for flat-rate models with one-off payments for works on general release for every intended use, i.e. the removal of prior copyright rules, to achieve a majority of votes for the development of copyright law based on former legal foundations. The chances were never better than now to fine-tune Austrian copyright law in the next few years both quickly and by balancing producers’ and consumers’ interests, and so that these changes do not adversely affect artists as well as being in line with current developments.

This blog was originally published on ELit Literature House Europe‘s website on 18 February 2016.