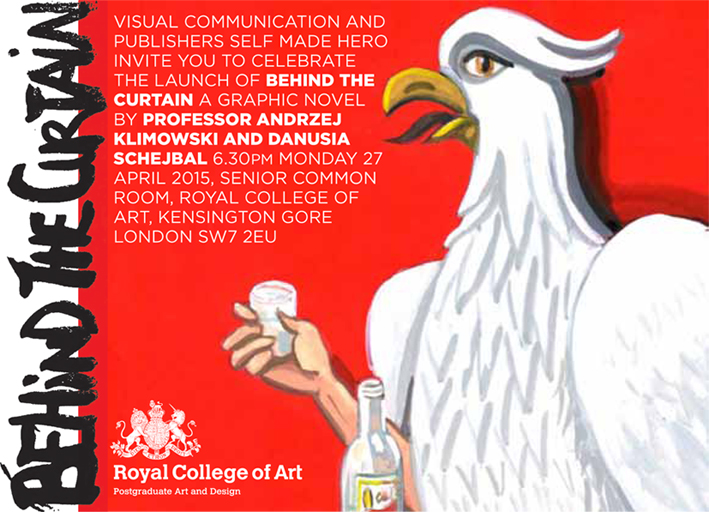 Launch of ‘Behind the Curtain’
by Andrzej Klimowski and Danusia Szejbal

During the 1970s, many East European citizens dreamed of going West. Behind the Curtain is an autobiographical account of two young art students who travelled the other way. Studying and working in Poland, they found themselves part of a vibrant community producing visionary work across the arts – even as prices rocketed, trade unions drove social unrest and, finally, tanks appeared in the streets. A unique collaboration interweaving two distinctive styles, Behind the Curtain combines life, art and politics to reveal the cultural environment that flourished despite the harsh realities of the Communist state. When toilet paper is worth its weight in gold, what price do you put on expression?

‘Behind the Curtain’ has been published by SelfMadeHero.

‘Behind the Curtain’ will be launched on Monday 27th April at 6:30pm
at The Royal College of Art
Senior Common Room
Kensington Gore
London, SW7 2EU

Refreshments will be provided.