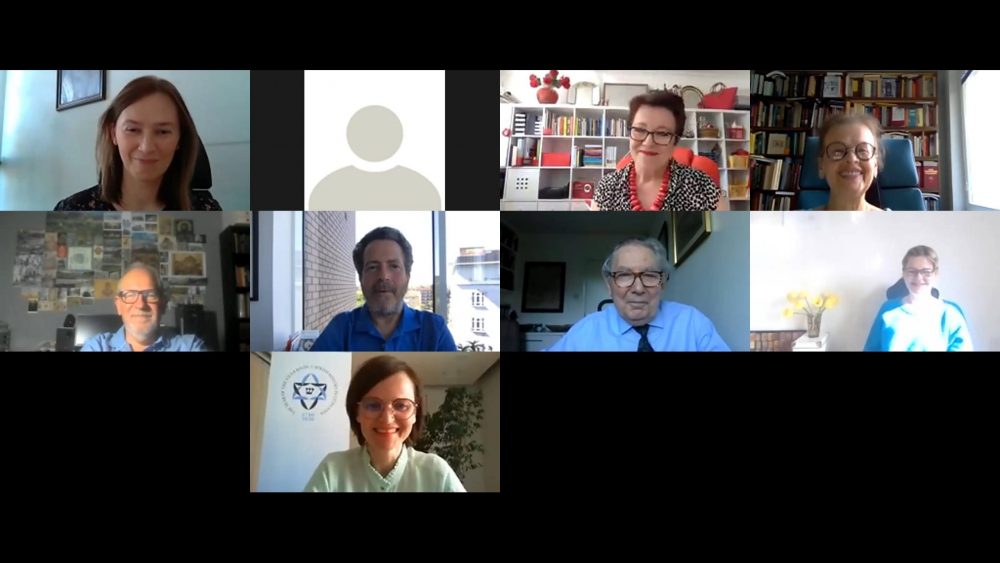 On the 28th of May 2020, Rosie Goldsmith chaired an invigorating webinar “Embracing its Jewish Legacy: Has Lithuania reached a milestone?” This discussion was part of the 9th Litvak Days organized by the Lithuanian Embassy in the UK.

This year marks the 300th anniversary of the birth of the Vilna Gaon – the 18th century sage who contributed immensely to the formation of Litvak Judaism and brought the city of Vilnius fame as the Jerusalem of the North. Lithuania has dedicated 2020 to the commemoration of this anniversary, as an opportunity to discover and to promote the long and vibrant history of Lithuanian Jews. The 300th anniversary also provides us all with renewed inspiration and impetus to reflect on the importance and complexity of the Jewish legacy in Lithuanian history, culture and identity.

Over the past few years, a growing interest in the lost world of Jewish Lithuania and a determination to grasp the significance of this loss could be felt across the country. Confronting this painful issue is driving Lithuanian society to deeply reconsider the past and how it relates to core issues of the present. Today, Jewish culture exists in fragments of spiritual and material heritage, as seen in literature, architecture, music and the sciences. Despite the appalling destruction of Jewish life and heritage, what remains provides a crucial foundation for the on-going process of rediscovery.

This major online panel event opens with a keynote address. Entitled Restoring the Collage of the Jewish Vilna, it is delivered by Mindaugas Kvietkauskas, Minister of Culture of Lithuania, who is also a literary scholar and translator of numerous Yiddish texts into Lithuanian. In the panel discussion following his address, five distinguished speakers engage in a collective inquiry into issues such as how the culture of embracing Jewish heritage has evolved over the past three decades of independent Lithuania, along with the opportunities and challenges that lie ahead.

The five panellists are: Lara Lempertienė, a specialist in Jewish cultural history and the head of the Judaica Research Centre at the National Library of Lithuania; Kamilė Rupeikaitė, the director of the Vilna Gaon Museum of Jewish History and a specialist in Jewish musical heritage; Violeta Davoliūtė, professor at Vilnius University Institute of International Relations and Political Science; Michael Berkowitz, professor of modern Jewish history at UCL, and Jon Seligman, an archaeologist and the Director of the Excavations of the Great Synagogue of Vilna, one of the most prominent landmarks of Vilnius. A special guest – Antony Barry Polonsky, emeritus Professor of Holocaust Studies at Brandeys University, joins in for the closing remarks. Prof Polonsky was a founder in 1984, and is now Vice-President, of the Institute for Polish-Jewish Studies. He also founded and continues to be the general editor of Polin. A Journal of Polish-Jewish Studies.

More information about the webinar can be found here.