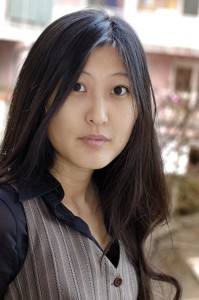 Can a ‘wrong’ Austrian produce ‘right’ Austrian literature? I haven’t escaped this question so far. It seems to be a genuine ‘questionable case’ (Fragefalle), or a ‘trap’ question (Fallenfrage).

The trap is always set up in the same way: whenever I’m invited to give a reading, initially plenty of time is devoted to explaining why I write in German – that is: why I don’t write in Korean. Then, some nice quotations are presented from Wikipedia and my family’s ‘migrant story’ is told chapter and verse. Born in South Korea. Father visiting professor in Germany. And so on. After the reading the listener can create his own picture of who or what I am, by asking me questions, so my biography then dominates the subsequent discussion.

On the one hand, this is naturally due to the fact that the majority of the audience hasn’t read my books; maybe people’s opinion is that they wouldn’t offer enough material for discussions, and I wouldn’t like to rule out this option. On the other hand, however, I cannot help feeling that in the course of the reading it was more my person than my texts that was introduced in connection with my knowledge of German. The trap has snapped shut.

‘Exotic writer’s bonus’ is how some of my colleagues put it, and they’re even envious of my background, which supposedly automatically gets me more attention. I have to contradict this: ‘exotic writer’s bonus’ – no way! ‘Exotic writer’s minus’! If as an ‘exotic’ writer you don’t comply with the rules of the literary business, – if you don’t write about your ‘exotic’ background and how you came to enjoy an ‘exotic’s life’, how an exotic’s daily routine feels, what you have to go through as a lonesome ‘exotic’ – you’re not even half as interesting as a ‘non-exotic’ writer. You don’t make the grade.

A good ‘exotic’ writer is only someone, who fulfils his role as an ‘exotic’, and writes migrant literature. So can a ‘wrong’ Austrian produce the ‘right’ Austrian literature? I fear the answer to that is: no. Not yet.

This blog was originally published on ELit Literature House Europe on 6 September 2015.

You can read the first part of Anna Kim’s blog here.