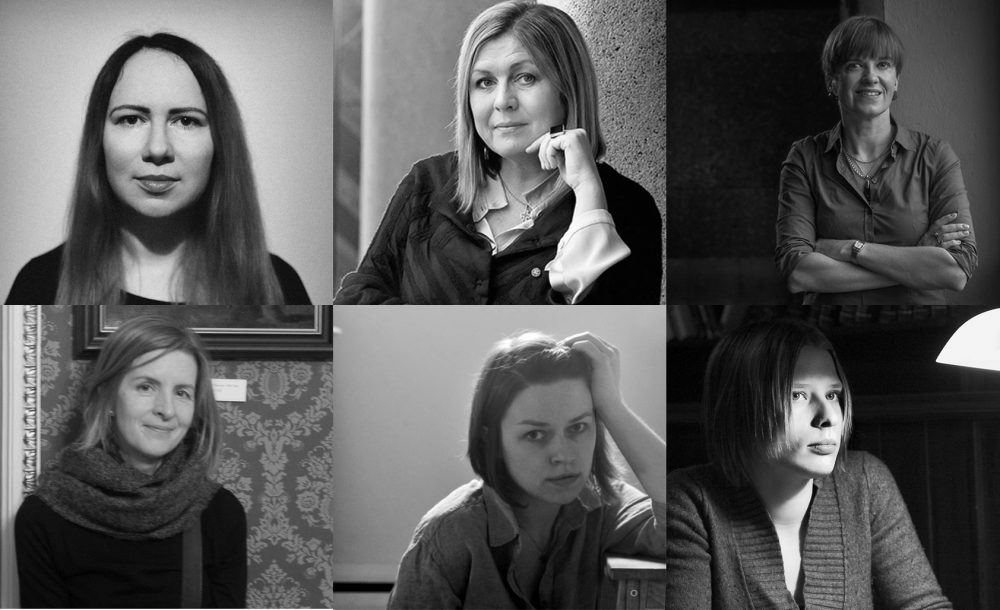 Women’s Writing From the Baltic Countries: Writers on Tour

Attention of the publishing world is turning towards the Baltic countries as they are anticipated to become the Market Focus for the London Book Fair 2018. While the appetite for translated literature continues to grow in the UK, these three small nations make a bold step to introduce some of the most exciting contemporary women writers from the region on Baltic Women Writers Tour.

A rich and diverse programme of readings and conversations will uncover and highlight the emergence of women’s writing in Lithuania, Latvia and Estonia from the 19th century all the way into the post-Soviet era, and give a stage to contemporary women voices from the region. The programme features remarkable writers, translators and critics Ausra Kaziliunaite (LT), Karla Gruodis (LT), Nora Ikstena (LV), Kaija Straumanis (LV), Maarja Kangro (EE) and Johanna Ross (EE).

The Baltic Women Writers Tour begins in London (1 June) with the event Cartographies of Silence at Waterstones Piccadilly. It continues with Poeting in Translation at Waterstones Oxford (2 June) with an appearance from the writers at the international open mic. The tour culminates at Oxford Translation Day (3 June), where The Bold and the Baltic panel will play an important part of what is sure to be an all-day, enriching cultural programme.

1 June, 7:00 pm, Waterstones London Piccadilly. Cartographies of Silence is chaired by writer, editor, and critic Lucy Popescu who will ask crucial questions about the little-known history and virtue of the Baltic literary expression by, and about, women. The event is free but registration is required here.

2 June, 7:00 pm, Waterstones Oxford. An incredibly rich, cultural night of Poeting in Translation is chaired by a renowned poet, writer, and promoter Dan Holloway. He welcomes international voices to discuss the growing appetite for translated literature in the UK, and will open the mic for as many languages as can be found in Oxford among the audience. More information about the event and tickets on waterstones.com

3 June, 10am to 7:30pm, The University of Oxford, St Anne’s College and other venues around the city. Oxford Translation Day 2017 is a celebration of literary translation consisting of workshops, talks, and readings throughout the day. The Bold and the Baltic panel, interspersed with readings, looks closer at the peculiarities of women’s literature and its developments in the Baltic countries. The programme culminates in a ceremony to announce the winner of the Oxford Weidenfeld Translation Prize. All events are free, but registration is required. More information and full programme here.

AUŠRA KAZILIŪNAITĖ is a poet, cultural critic and social activist. She is currently pursuing her PhD from Department of Philosophy of Vilnius University. She has worked as a reviewer of books, film critic, participated in several literary competitions as a board member. She has published four collections of poetry: The First Lithuanian Book (2007), 20% Concentration Camp (2009), The Moon Is a Pill (2014) and I Am Crumbled Walls (2016). Her poems have been translated into English, Russian, French, German, Polish and Latvian languages. Aušra has received numerous national awards, including Jurga Ivanauskaitė Prize and Young Artist Prize from Ministry of Culture of the Republic of Lithuania. She is currently working on her research at University of Amsterdam.

KARLA GRUODIS is a translator, editor, and artist based in Vilnius, where she founded and edited Lithuania’s first English-language newspaper, The Lithuanian Review, in 1990. She is the editor and author of Feminist Excursus: The Concept of Woman from Antiquity to Postmodernism (1995), and was active in the post-Soviet Lithuanian women’s movement. Her translations include Leonidas Donskis’ A Small Map of Experience: Aphorisms and Reflections (2013) and regular contributions to the online literary journal Vilnius Review. Karla is currently working on the English translation of Lithuanian modernist author Antanas Škėma’s 1958 novel The White Shroud, which will be published by Vagabond Voices in Fall 2017. She recently participated in the exhibition M/A\G/M\A: Body and Words in Italian and Lithuanian Women’s Art from 1965 to the Present at the National Gallery of Art in Vilnius.

NORA IKSTENA is a prose writer, essayist. Ikstena is one of the most visible, and influential prose writers in Latvia, possessing elaborate style and detailed approach to language. In her prose, Nora Ikstena reflects on life, love, death and faith. Mother’s Milk (2015, Annual Literature Award for best prose), Besa (2012), Celebrating Life (1998), The Virgin’s Lesson (2001) are only some of her widely appreciated novels. Novel Amour Fou has been staged as a theatre play, and published in Russian (2010); other works have been translated into Lithuanian, Estonian, Georgian, Swedish, Danish, etc. Ikstena is also a prolific author of biographical fiction, non-fiction, scripts, essays, and collections of short prose, including Life Stories (2004), published in English in 2013, and Hindi in 2015. Her story Elza Kuga’s Old Age Dementia was included in the Best European Fiction 2011 anthology. Ikstena is the co-founder of the International Writers and Translators’ House in Ventspils. In 2006, she received the Baltic Assembly Prize in literature. Translation of her newest novel Mother’s Milk will be published in the UK in 2017/2018.

KAIJA STRAUMANIS is a graduate of the MA programme in Literary Translation at the University of Rochester and the editorial director of Open Letter Books. She translates from both German and Latvian. Her translation of Latvian author Inga Abele’s High Tide was published with Open Letter Books in autumn 2013.

MAARJA KANGRO began her literary career as a translator of Zanzotto and Enzensberger, and as an author of libretti and lyrics for contemporary classical composers. She has published five books of poetry and four volumes of fiction. She has won numerous awards both in Estonia and abroad including Estonian Cultural Endowment Literary Award, Tallinn University Literary Award and the Friedebert Tuglas Short Story Award. Her works have been translated into more than 15 languages. She has been one of the most important Estonian prose writers and strongest short story authors of the last decade. Her protagonists, as well as herself, are strong, intelligent women with slightly cynical attitude, and brusque natures and words.

JOHANNA ROSS is a literary critic and the editor-in-chief at the journal Keel ja Kirjandus (Language and Literature). In 2015, she received the Ants Oras Award for literary criticism. She is currently writing her PhD in Estonian literature at Tartu University. Her main interests include Soviet literature and women’s writing; the thesis concerns female Bildungsroman in the 1960s – 1970s Soviet Estonian literature and their reception. She has also translated contemporary fiction from English into Estonian, including authors such as Sue Monk Kidd, Lionel Shriver and Sarah Winman.