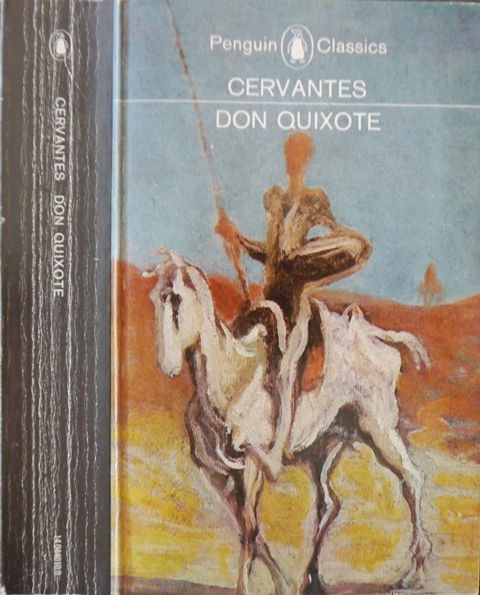 We’re always hearing how the UK publishes a shamefully small number of translations compared with other nations: 3 per cent?

This is probably true of new bestsellers, but is it true of long-sellers? In my formative years, and possibly yours, the sole locus of European literature on the high street was the Penguin Classics, much more visible than the World’s Classics or Everyman. There’s a good history of the collection in the 1987 festschrift for Betty Radice. Founded in 1946, its first authors included Homer, Voltaire and Maupassant. The introductions were non-academic – Aubrey De Sélincourt’s prologue to Herodotus is four pages – and the translations middle-brow (W.C. Atkinson translating Camões: “Venus is now Cytherea, now Erycina, now Dione, now the Cyprian goddess, now the Paphian. It is in short a mark of erudition […]. For such learning the modern term is pedantry, and it becomes a service to the reader of today […] to call things by their names and ask of each divinity that he or she be content with one.”) The translators were rarely university lecturers (unlike today): in fact they seemed to me mostly to be schoolteachers.

The series was edited by people with names whose pronunciation a London teenager could only guess at: Betty Radice I now assume is pronounced like Giles Radice MP; but what of E. V. Rieu: ‘REE-oo’ or ‘ ree-YERR’?

One of my school-leaving prizes was J. M. Cohen’s translation of ‘Don Quixote’ (in print 1950-1999, my well-read copy shown above). The biographical (as opposed to bibliographical) information on the half-title was meager: “J. M. Cohen was born in 1903 and has been writing and translating since 1946.” As I read more Romance literature, again and again these works were translated by Cohen: Rousseau (in print 1953-), Rabelais (1955-1987), Montaigne (1958-1993), Teresa of Avila, ‘The Penguin Book of Spanish Verse’, Bernal Diaz’s ‘Conquest of New Spain’, Columbus, Rojas.

These were reprinted again and again.

Whenever I was faced with the question from the man in the street, “Oh, is there any Spanish literature?”, my rock and refuge were the Penguin Classics, and Cohen the prophet.

But of Cohen’s translations, only Rousseau, St Teresa and Columbus, I believe are in print any more. It’s a maxim of the translation industry that each generation needs its own Cervantes et al. This may or not be true (it isn’t true, but I want to appear broad-minded) but that’s no reason to consign earlier translators of the callibre of Cohen to a damnatio memoriae: M.A. Screech never refers to Cohen in his Rabelais or Montaigne.

A project is now underway to catalogue Cohen’s papers, which are in Queens’ College Cambridge. But his true legacy is in the minds of people like you and me.