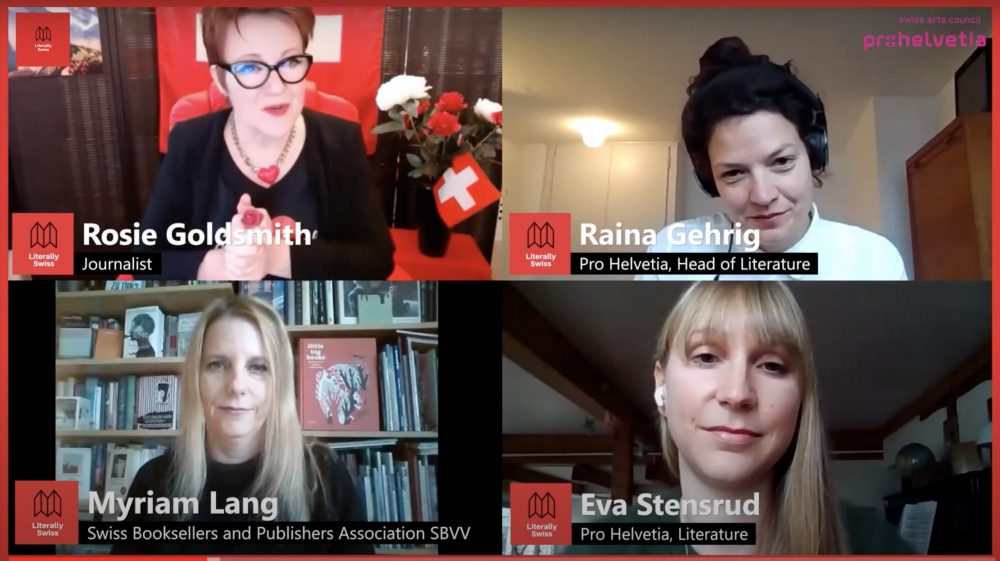 Focus on Pro Helvetia with Reina Gehrig and Eva Stensrud

Entremets – Discussion of the pandemic’s effect on Swiss book industry

Part Two: The response to the pandemic

Part Three: Other reasons to be proud of the Swiss publishing scene

Looking to the future – post-pandemic and post-Bologna bookfair

Reina Gehrig is the new Head of Literature at the Swiss Arts Council Pro Helvetia. She took over the role in August 2020, having previously worked as director of the Solothurn literary festival.

Eva Stensrud is a Literature Specialist for German at the Swiss Arts Council Pro Helvetia. Over the past three years, she has also been the European Literature Network’s direct contact for the Literally Swiss project.

Myriam Lang is responsible for exhibition management and promotion at the Swiss Association of Booksellers and Publishers (SBVV).