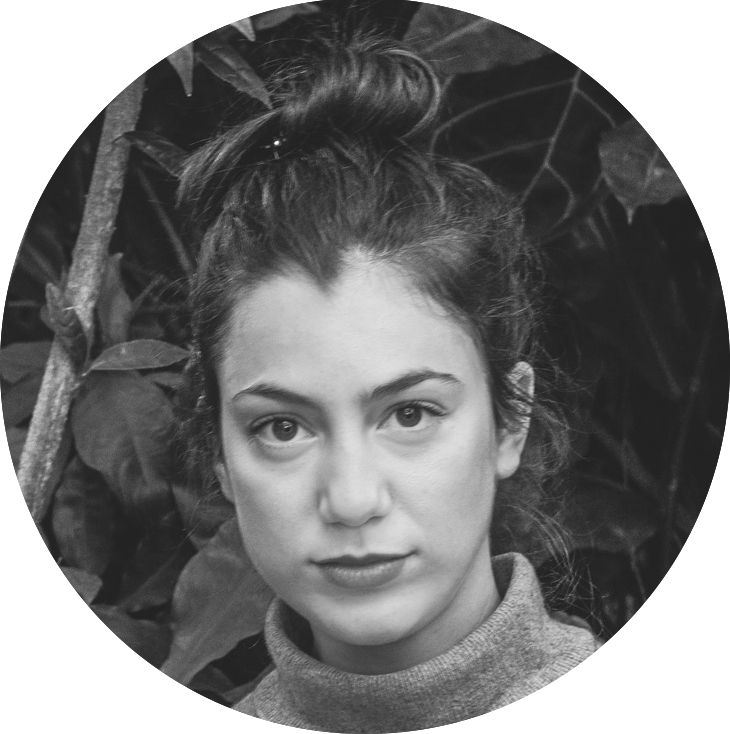 The Swiss Riveter: From MY FATHER WAS A MAN ON LAND AND A WHALE IN WATER by Michelle Steinbeck (DARF PUBLICATIONS, 2018), translated and introduced by Jen Calleja

When I first read Michelle Steinbeck’s novella I was thrilled and energised by its strangeness. I didn’t question the weird logic of the book for a second, in fact I welcomed it and gobbled it up like a toxic-coloured medicine. It’s rare to find a book that disorientates you so successively and totally, where surprises and shocks are around every corner, and where corners suddenly become portals, or doorways, or tombs. You know from the outset that this book will be taking you on a journey like none you’ve ever experienced before, and that the usual rules of plot, narrative and even reality don’t apply. At the base of the book, and what I suppose drew me to it, is arguably a kind of disturbing fairy tale, with its strange beasts, fathers, old crones, instances of animorphism and mistreated children. But it also reminded me of the films and stories of my childhood, such as Labyrinth, The Never-Ending Story, Alice in Wonderland and The Wizard of Oz; stories where heroines and heroes must take an odd and perplexing journey in order to ultimately find themselves and come to conclusions that were there all along but hidden in their dreams and unconscious. The extract I’ve chosen is the opening to Chapter 3, where Loribeth, carrying a suitcase containing a (possibly) dead child, meets her object of lust, The Fair Man…

The road is lined with chestnut trees and never seems to end. I sit on the curb and wheeze. Maybe I could eat a bit of the kid, just a little finger, to stave off the hunger. I open the suitcase and immediately close it again. Then I yank up a tuft of grass from the edge of the street and gnaw on it. I lie on my back and look up at the sky. It’s completely yellow.

Three grey Great Danes, big as calves, come walking down the street. They’re nipping at each other’s tails and snapping at motes and mites floating on the air. I duck down in the dusty grass, but the thinnest dog has already found me. It leaps straight at me. I want to get up and flee, but it’s already pinning me down so I can’t move. It rubs its rump around on my stomach and legs and pants at me from above. The dogs flap their flews and let the threads of drool swing like hammocks from the limp folds of skin. The largest dog dances around the suitcase, pauses for a moment, sniffs. Then it pushes up the lid with its nose. It looks inside and shakes itself so that its ears slap against its throat and skull. It eyes the kid in delight, noses and rummages around in the suitcase, and bites off one of the kid’s ears.

Shut your face, snaps the dog on my stomach and bats at my face with its paws. The ear falls out of the leader’s mouth, it gives a barking laugh. Then it snaps it back up and gulps it down in one. It burps, the dog on my stomach howls, and all three of them laugh so much that their coats quiver over their bones. They can’t pull themselves together, until they finally let me go and, still chuckling, and with their ears flying behind them, run off.

I sit up. A stream of people is coming up the road. I snap the suitcase shut, pat down my clothes, and watch them. More and more people step out from between the trees and into the road. They’re wearing white robes with lace collars; the girls have wreaths of flowers in their hair and sandals with frilly socks on their feet. I join them. Snippets from a brass band float through the air, along with the scent of freshly mowed meadow and meatloaf.

The procession ends in front of a farmhouse. Clucking hens stalk around the yard, a calf with bulging eyes drinks from a trough. Red geraniums beckon from the window boxes. A girl is talking with a small, black pig.

The people gather in the front yard and whisper to each other. Standing in the doorway is a hulking woman with thick plaits looped around her ears. She’s swinging a cowbell with both hands, and her plaits bounce plumply like smoked sausages. You have to get past her if you want to go in. She looks very strict, and the bell is very loud. The people are scraping their feet and plucking at each other’s white collars. Some muster up enough courage to step forward and scream something in her ear. She drives away most of them with the bell, she lets in a few. That’s when I catch a glimpse into the hall: there they are, at a great table, all eating cake. Flowers float in water glasses on the table. The children are crumbling up the cake and dunking pieces in the flower water, the elders fish them back out again. Some wolf down their cake in three big bites. They guzzle it down with cider. It runs out of their mouths straight onto their plates and when they laugh it sprays into the yellow faces of the flowers.

I sit on the suitcase and run my finger over the cracks in the leather, then suddenly there’s a bang against the suitcase wall from the inside! I jump up and see the suitcase bulging out on one side. There’s a terrible rasping sound, as if the kid is trying to roll over. I knock the suitcase over onto the ground and give both sides a firm kick.

A young man is blocking out the sun. I don’t react, and stare stiffly and silently past him, so he shrugs his shoulders and turns towards the entrance, where the woman has just stopped ringing the bell. I subtly eye up his back, it is a nice back, you can see his muscles. A path of light blonde hair grows up the nape of his neck out of his shirt and leads up to curly locks that twine together like young serpents.

The young man abruptly turns and says: Looks like a good time. Bright blonde hair sticks out of his chin. Does it hurt when the stiff hair grows? I used to wonder the same thing about my father. The young man makes use of two large, pale fish eyes. And there is a kink in his chin, I don’t like that at all. He leans in towards me.

He looks astonished and laughs. His grin looks stupid and sugar sweet, as if cut right across his face with a knife. And he has chewing gum teeth, like a clay figurine.

The young man nods and trots off to get the cake, I root around in my coat pockets. I find the cigarettes, light one up – almost very elegantly – and sit on the suitcase. I smile into the sun and think about the veins in the hand he had placed on my arm.

The young man is proffering a trout cake. You smoke! he says. I don’t like that at all.

Yes, I say, leering at his biceps, it’s a way of life, smoking.