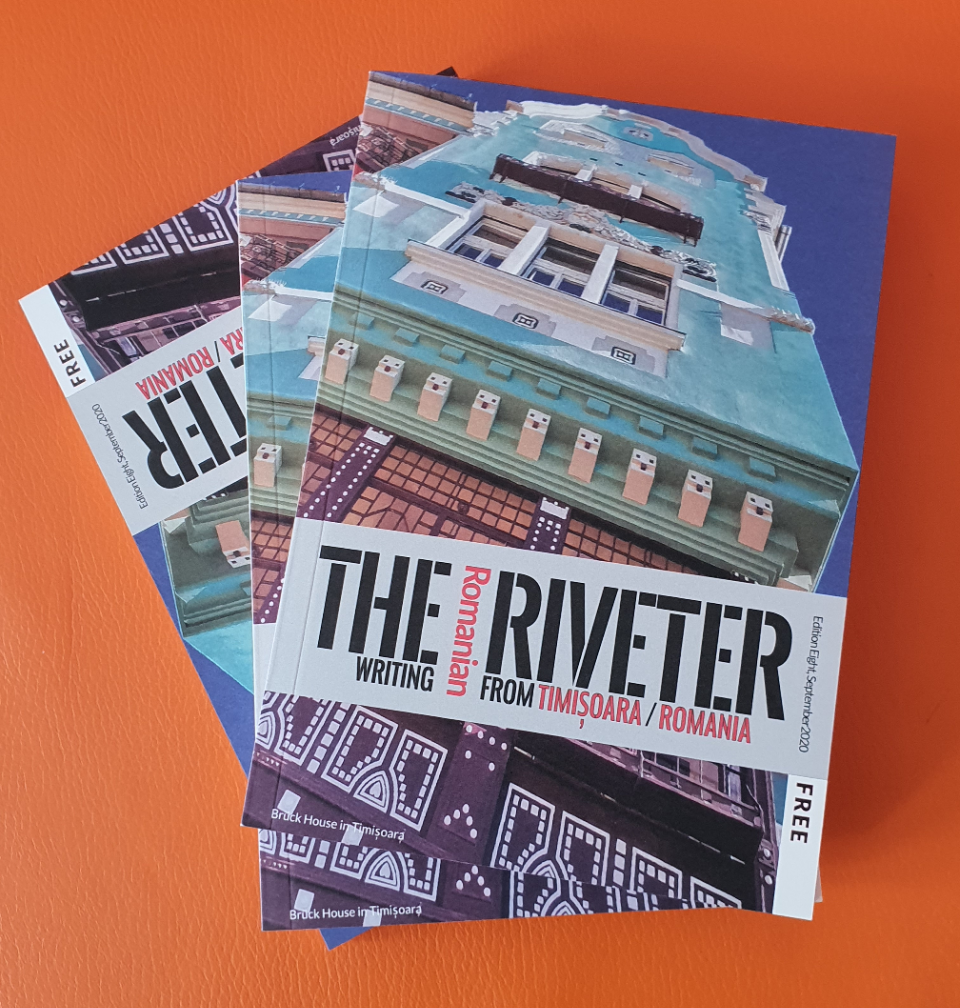 Launched in September 2020 in two cities, Timisoara and London, The Romanian Riveter marks a première in the history of two cultures. It is the first time that a British literary magazine is dedicated entirely to Romania. In one magazine we bring together poets, prose writers, dramatists, essayists, translators and publishers – Romanian, as well as British familiar with Romania. You’ll recognise many famous names, meet many new. New poems, stories, essays, translations. Created during the Covid-19 pandemic, with all the difficulties of access and admin, The Romanian Riveter is a triumph.  It lives and breaths thanks to our gifted collaborators, funding from Timiș County Council (the ‘Sorin Titel’ Timiș County Library) and for our UK launch, thanks to the Romanian Cultural Institute (RCI), London.

Save the dates and join us in Timișoara and/or London: we are launching the magazine with two physical live events, which include performance, short films and discussion, over two evenings: on 24th September at the Litvest International Literature Festival in Timișoara, hosted by festival director and author, Tudor Cretu & on 30th September at the RCI in London, hosted by Riveter founder and director of the European Literature Network (ELNet), Rosie Goldsmith.

This free magazine is the eighth in the Riveter series. It is accessible from 30th September both in print and digital formats (www.eurolitnetwork.com/the-riveter).

As both events in Timișoara and London are inevitably restricted, we will also be filming them and making them available free on YouTube. That way you won’t have to miss some of the biggest and best names in Romanian and British literature.

The Riveter launch is the first in a spectacular season of literary events called Romania Rocks, hosted by the RCI in London, from September to November.

Rock ‘n’ roll with us Romanian style – starting with the launch of The Romanian Riveter in September followed by Romania Rocks this autumn.
Details on the websites of both the RCI and ELNet  soon.