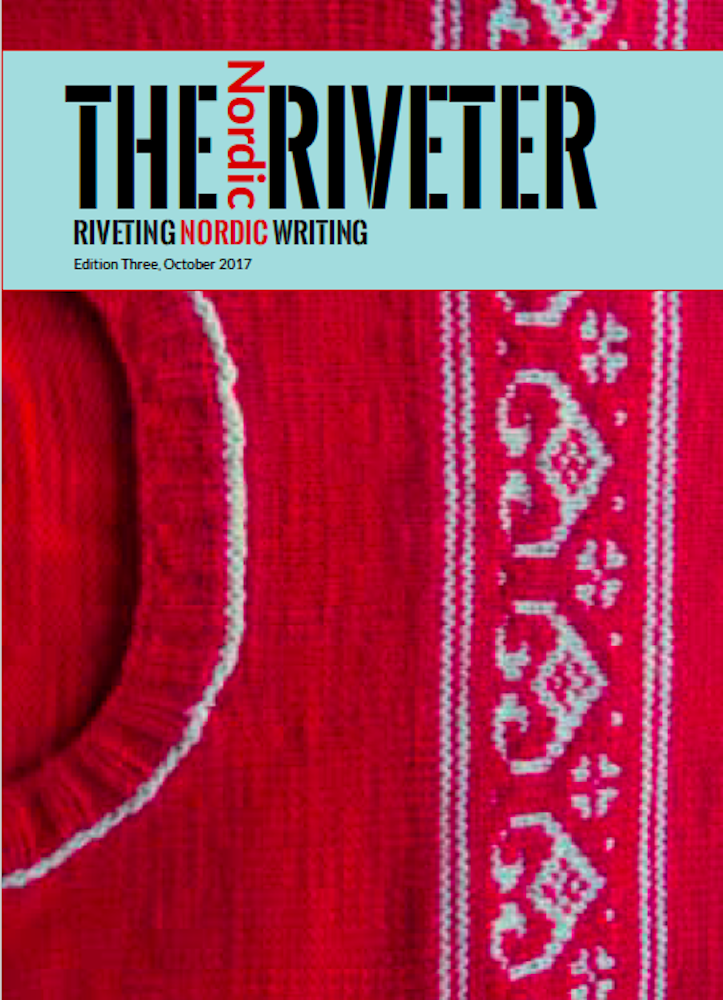 And finally, as promised, an exclusive from the Master of Minimalist Literature, John Crace.

It was the body of a seventy-year-old man. His head battered by an ashtray. Erlendur knew the victim’s name was Holberg but nothing more.

“Apart from the message left by the body,” Erlendur replied.

“Are we going to mention to the readers what the message was?”

“Not yet,” said Erlendur. “You really haven’t got the hang of how these thrillers work, have you?”

“There’s been a sighting of a suspicious-looking man loitering outside Holberg’s apartment around the time of death,” Sigurdir Oli continued. “Shall we bring him in for questioning?”

“No. If it’s that simple the book’s over in thirty pages.”

Erlendur went back to the bare apartment he had been living in since the acrimonious separation from his wife. He was pleased to note there was no food in the fridge. He lit a cigarette and felt a sharp pain in his chest as he drew in the smoke. Lung cancer or heart disease probably. Good. He was the perfect Icelandic Noir maverick.

The door burst open. It was his daughter Eva Lind.

“Are you back on the heroin?” he asked.

Erlendur smiled. All was well with the world.

It was raining hard when Erlendur went back to search Holberg’s apartment two days later. He should probably have gone a little sooner but if he had he wouldn’t have got soaked. In a drawer he found a photograph of a four-year-old girl named Audur who had died in 1968.

His phone rang. It was his old boss, Marion Briem, whom he had known for thirty years yet still wasn’t sure if it was a man or a woman. Reyjkavík could do that to a person.

“This Holberg was a nasty piece of work,” said Marion. “He was accused of raping a woman called Kolbrunn back in 1963, but the police dropped the case as they didn’t believe the woman’s story.”

Erlendur sighed, all too aware of the casual sexism that had been prevalent in the Icelandic police force at that time. He lit two cigarettes in quick succession and gasped for breath. Now he was ready to go check the old files. An hour later, he had the information he needed. Kolbrunn had given birth to a child nine months after the rape, the child had died of brain cancer four years later and she had committed suicide a few years after that. He drove out to Keflavík – with the windows rolled down to allow the sleeting rain to drench him – to see Kolbrunn’s sister, Elin.

“Of course the baby was Holberg’s,” Elin yelled. “Now leave me alone.”

“Are you sure we oughtn’t to be looking for the suspicious bloke who was seen outside Holberg’s flat?” asked Sigurdur Oli.

“No,” said Erlendur. “When are you going to realise that thrillers don’t have that obvious a solution?”

Marion phoned again. “You should know that Holberg was with two other men on the night of the party at which he raped Kolbrunn. One’s called Ellidi, the other’s Gretar. Ellidi’s in a maximum-security prison. Gretar disappeared more than thirty years ago.”

Erlendur grunted. It might have been helpful if Marion had told him this during the first phone call. Or indeed if he had asked Marion if there was any further information. But it had added to the suspense and, besides, he was too busy smoking fags, getting wet and being generally miserable.

“Are you still on the heroin?” Erlendur asked Eva Lind as he rescued her from a junky squat.

Erlendur drove out to the maximum-security prison to see Ellidi. “I’m telling you nothing,” yelled Ellidi, before mentioning that Holberg had raped other women before Kolbrunn.

“We need to investigate the possibility that other women may have been raped by Holberg,” Erlendur told Sigurdir Oli. Nothing got past Erlendur.

“Do you think it’s now OK to tell the readers what message the killer left beside Holberg’s body,” Sigurdir Oli replied.

“Sometimes you’re even stupider than you look,” Erlendur said testily. “Of course it is, otherwise we would have mentioned it earlier.”

Erlendur went back to his flat. The rain was still beating down hard. He smoked an entire packet of cigarettes, willing the cancer to ravage his body. Finding himself mysteriously still alive and with the weather having taken yet another turn for the worse, Erlendur decided to exhume Audur’s body. He needed to find out what she had died of.

“I’m afraid Audur’s brain is missing,” said the coroner. “It must have been sent to Jar City.”

Hundreds of thousands of body parts lay floating in formaldehyde in the Genetic Research Centre. This was Jar City. A physical repository of Iceland’s tainted past.

Erlendur smiled. The metaphor was working for him.

“Audur’s brain appears to be still missing,” the curator said. “It must have been stolen.”

As the rain turned to snow, Erlendur remembered that there had been reports of an unpleasant smell coming from Holberg’s apartment in the early eighties. He immediately ordered a forensics team to dig up the floor. There they found the body of Gretar.

“Hmm,” said Erlendur. “He must have had photographs of Holberg committing the rapes and tried to blackmail him.”

“Nothing gets past you,” Erlendur observed, clutching his chest as a violent spasm of cancer wracked his body.

Erlendur got straight to the point. “You were raped, got pregnant, had the baby and never told a living soul, not even your husband,” he said tenderly.

“You’re right,” sobbed Katrin. “And guess what? My son, Einar, works in the Genetic Research Centre. And his daughter has just died of brain cancer.”

Erlendur felt the case coming to a satisfactory conclusion. It was obvious what had happened. Holberg had passed on a rare form of brain cancer that only affected his female descendants. Now all he had to do was track down Einar.

The snow had turned to sleet when Erlendur found Einar lying in a windswept graveyard. “Holberg destroyed my life, so I destroyed his.”

“So that’s the significance of ‘I am Him’,” said Sigurdir Oli.

Einar pulled out a shot gun and blew his brains out. It was either him or that halfwit Sigurdir Oli.

“It’s not cancer,” said the doctor. “You’ve just pulled a muscle in your chest.”

“Damn,” Erlendur muttered. “But I dare say there’s always the hope of a fatal illness in the next book.”

Icelandic author and writer of crime-fiction, Arnaldur Indridason is particularly well known for his series featuring protagonist Detective Erlendur. He continues to write this ongoing set of novels for an ever-increasing audience. With a cinematic treatment of his book Jar City, this popularity looks set to increase both nationally and internationally.

John Crace is the Guardian’s parliamentary sketch writer and author of several books about football, Shakespeare, politics and literature. He writes his Digested Reads, pastiches of popular writers for the Guardian. His political satire I, Maybot is due out this month.