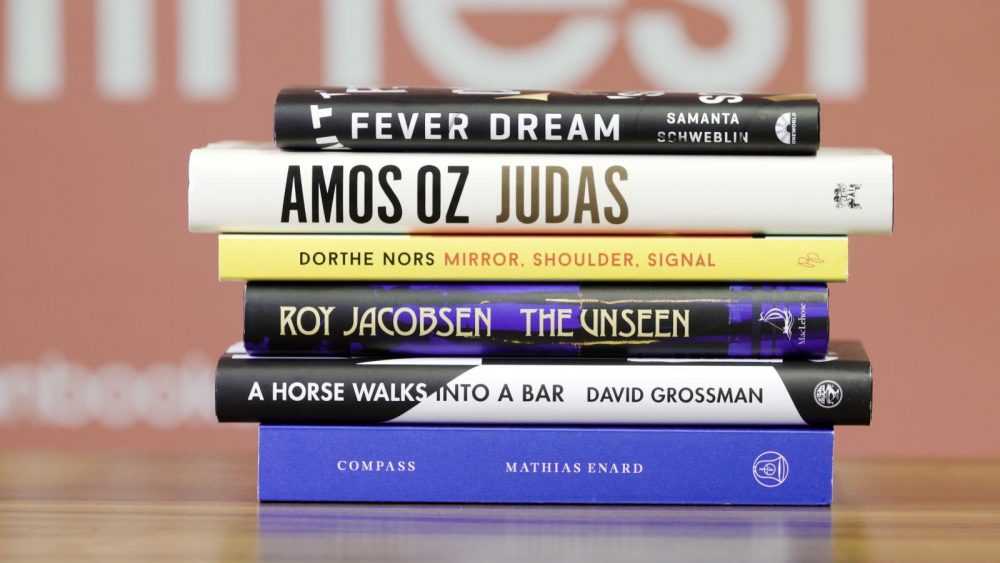 The Man Booker International Prize has revealed the shortlist of six books in contention for the 2017 prize, which celebrates the finest works of translated fiction from around the world.

The settings range from an Israeli comedy club to contemporary Copenhagen, from a sleepless night in Vienna to a troubled delirium in Argentina. The list is dominated by contemporary settings but also features a divided Jerusalem of 1959 and a remote island in Norway in the early 20thcentury.

The translators are all established practitioners of their craft: this is the 17th novel by Oz that Nicholas de Lange has translated and Roy Jacobsen’s co-translators Don Bartlett and Don Shaw have worked together many times before.

The shortlist includes three independent publishers, Pushkin, Oneworld and Fitzcarraldo. Penguin Random House has two novels through the imprints Chatto & Windus and Jonathan Cape, while Quercus’s imprint Maclehose has the final place on the list.

The shortlist was selected by a panel of five judges, chaired by Nick Barley, Director of the Edinburgh International Book Festival, and consisting of: Daniel Hahn, an award-winning writer, editor and translator; Elif Shafak, a prize-winning novelist and one of the most widely read writers in Turkey; Chika Unigwe, author of four novels including On Black Sisters’ Street; and Helen Mort, a poet who has been shortlisted for the T.S. Eliot Prize and the Costa Prize, and has won a Foyle Young Poets of the Year Award five times.

The winner of the 2017 Prize will be announced on 14 June at a formal dinner at the Victoria & Albert Museum in London, with the £50,000 prize being divided equally between the author and the translator of the winning entry.

Leading up to the winner announcement, there will be a number of public events featuring some of the judges, authors and translators:

The Man Booker International Prize and the Man Booker Prize for Fiction together reward the best books from around the globe that are published in the UK and are available in English.

The prize is sponsored by Man Group, an active investment management firm that also sponsors the Man Booker Prize for Fiction. Both prizes strive to recognise and reward the finest in contemporary literature.