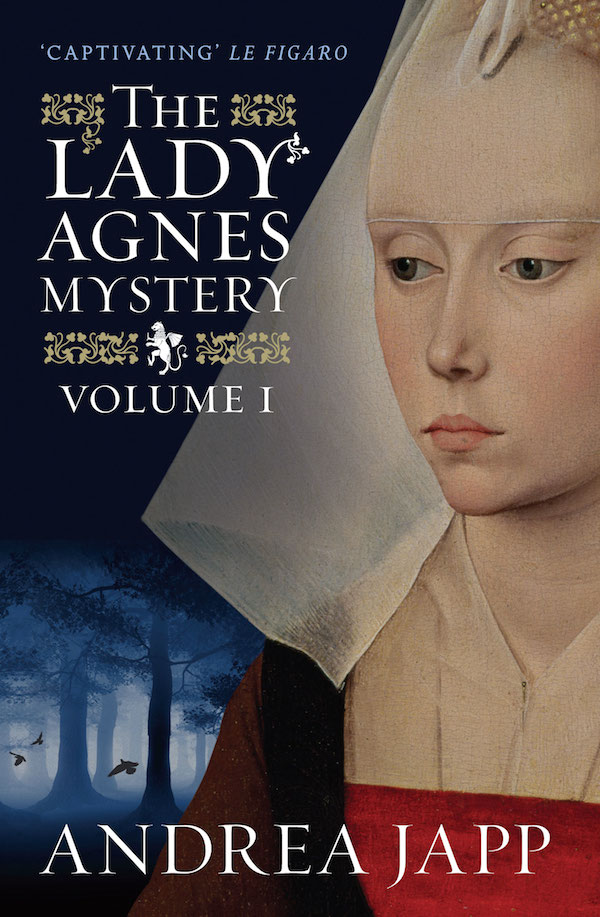 ‘The Lady Agnes Mystery’, Vol.1 by Andrea Japp, translated by Lorenza García, part one of the story of Agnès de Souarcy, a tale of intrigue set in medieval France, published by Gallic Books.

1304. The Church and the French Crown are locked in a power struggle. In the Normandy countryside, monks on a secret mission are brutally murdered and a poisoner is at large at Clairets Abbey. Young noblewoman Agnès de Souarcy fights to retain her independence but must face the Inquisition, unaware that she is the focus of an ancient quest.

Andrea Japp is one of the grandes dames of French crime writing with over thirty novels published. She is a forensic scientist by profession and weaves this knowledge into her books, giving them particular authenticity. She is the French translator of Patricia Cornwell.