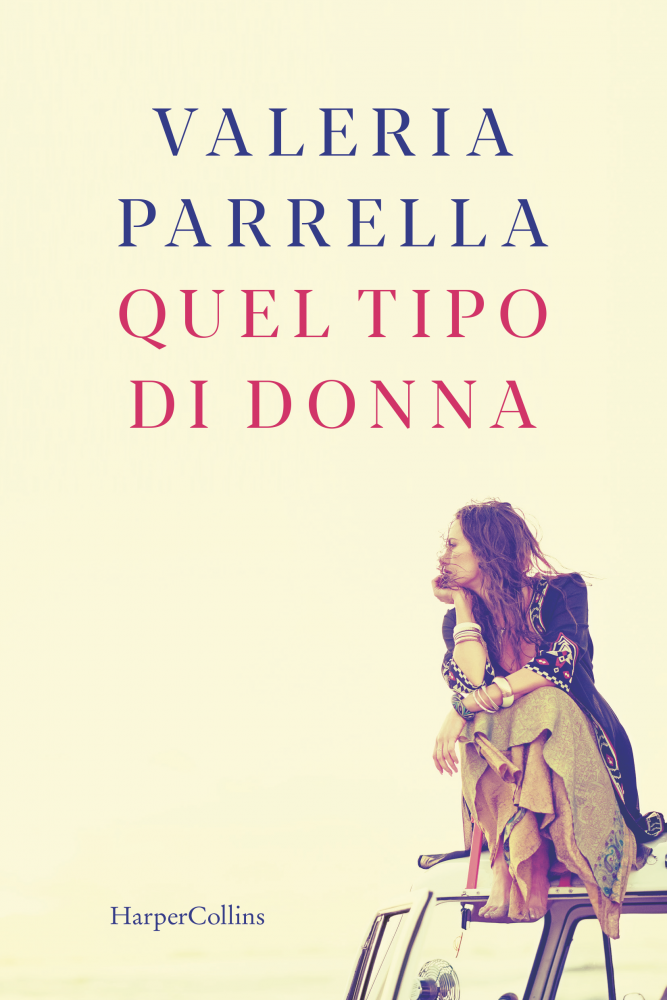 THE ITALIANIST: Riveting Italian Books You Need to Know About by Katherine Gregor. QUEL TIPO DI DONNA (That Kind of Woman) by Valeria Parrella

When Dolores loses her eighteen-year-old daughter to cancer, her three friends drop everything – their own families, jobs, boyfriends and commitments – to take her on a trip to Turkey. This journey, during a scorching August, brings together four women who, despite their different backgrounds and life experiences, are bound together by extraordinary empathy and the ability to communicate on the same wavelength. Four women who are also the product of all the women that came before them: their mothers, their aunts, their grandmothers, like an infinity of mirror images. Women who all waged their own personal battle to give the next generation of women an extra nugget of freedom. As they travel across a country in full Ramadan, from Istanbul to the Hoodoos in Cappadocia and the Antalya coast, the four friends have the confirmation that they are not alone, but that they are loved by the women in their present but also supported by those who came before them.

Written in the first person, Quel tipo di donna is quirky, irreverent, visceral and intensely loving. It features characters you may or may not wish to share a tent with but can’t avoid falling deeply in love with and, for all your differences, resonating with.

KG:  Tell us about the circumstances that led you to write this book. You wrote it during the spring lockdown, didn’t you?

VP:  During the first lockdown I stayed at home, like everybody else. I always use writing as a way of correcting reality – it’s something I’ve done since I was a child. Whenever I didn’t like something, I’d write different endings or happy endings. My imagination has always helped me escape unpleasant things. And since staying shut in at home was a very unpleasant thing, with this fear of death outside, I escaped by writing a book.

VP:  I can’t talk about what I don’t know: since I’m not a man I don’t have intimate knowledge of male friendships. In my experience, with my husband, men often have friends they made at school. What I write about in this book is something like recognising another woman with your body – like a mirror image but not necessarily because you’ve had identical experiences. The character of Dolores, for instance, has had the tragic experience of losing a daughter – something the other three characters haven’t experienced but they can still meet on a resonance level.  This resonance doesn’t just work horizontally, between friends, but vertically, from generation to generation. So in every woman you can also see her mother, her grandmother, her aunt, etc. My experience of sisterhood is this resonance.

KG:  Even though this book is mainly set in Turkey, the presence of Naples is palpable, as though it were a character in its own right. Could you explain the importance of Naples for you?

VP: For me, Naples isn’t a city – it’s a person. Naples is the reason I’m a writer, because I’ve lived in a city full of stories, of people, of dialect, of theatre, of songs. Naples is known all over the world. It’s a beautiful and at the same insufferable city, just like a person, like a husband or wife can be – someone you marry because they’re gorgeous even though they have a bad temper.

With thanks to Frida Sciolla, Laura Donnini, HarperCollins Italia, Milan.

Currently on the bestseller list in Italy: Gridalo by Roberto Saviano (Bompiani)

Recently published in Italian translation: Atlantis: a Journey in Search of Beauty by Carlo and Renzo Piano, translated by Will Schutt (Europa Editions)