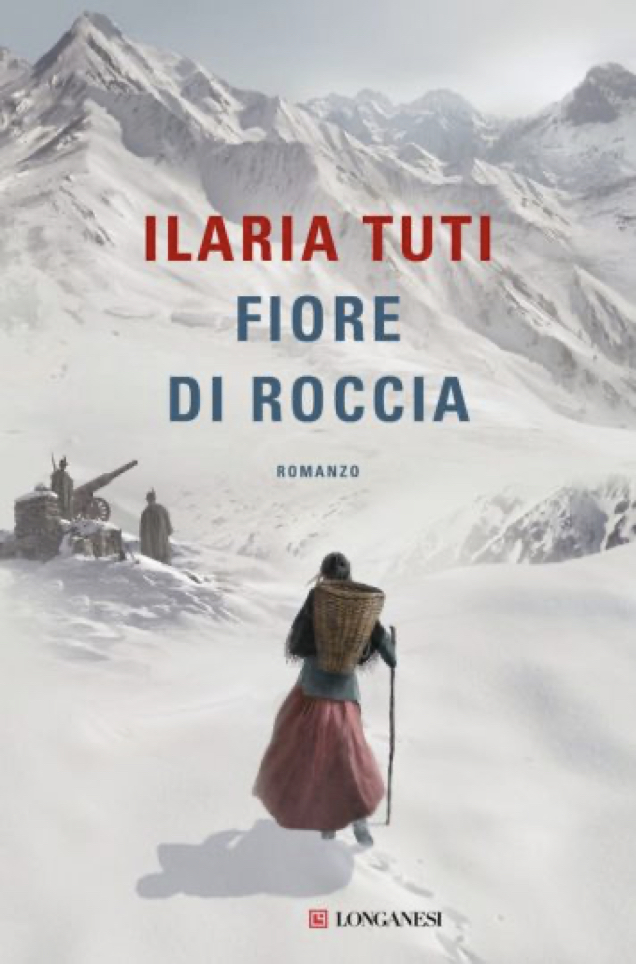 THE ITALIANIST: Riveting Italian Books You Need to Know About by Katherine Gregor. FIORE DI ROCCIA (Flower of the Rocks) by Ilaria Tuti

Friuli, Italy, on the Austro-Hungarian border, 1915. An army officer interrupts Sunday Mass with a plea for help. The Italian soldiers are stranded in the front line on the mountain peaks, short on ammunition and food. They only people left in the village are the old, the infirm, children and women. And it’s these women of all ages, from thirteen to sixty, who load the traditional wicker baskets on their backs, put on the cloth shoes on their feet, and begin to ferry ammunition, explosives, food and letters up the steep mountain ridges. Sometimes, on the way back, they carry bodies for burial. There’s the articulate Agata, whose dream of becoming a schoolteacher is thwarted by her father’s illness and increasing dependency. There’s the romantic Viola, who carries a forty-two-kilo cannon ball on her back just to be noticed by a soldier.  There’s Lucia, a mother of four with quiet strength, the point of reference for them all. Officially part of army personnel, they are paid a pittance for their efforts and risk their lives every day. But they know that without their help, their men will die. They climb the steep mountains, their feet bruised and bleeding, the skin on their shoulders ripped by the straps of the heavy baskets, dodging cannon fire and Austro-Hungarian snipers. They become known as le portatrici, the carriers.

Based on true, sadly forgotten, historical events, Fiore di roccia is a hymn to the courage and fierce determination of women who played an equal part in defending the Italian border as their male counterparts. It is also an uncompromising denunciation of the meaninglessness of war, in this case a war between people whose language has a common root. It is also a story of love that transcends borders, and of the duty towards one’s conscience rather than the law.

Ilaria Tuti weaves a fine, poetical prose where every detail counts; her writing has the exquisite, meticulous beauty of lace.

KG:  Your first three novels couldn’t be more different from Fiore di Roccia. Your first novel, Isabel is a futuristic dystopia, and your next two, very widely read and highly successful books are thrillers, Flowers over the Inferno [AKA The Man in the Woods] and Painted in Blood [translated into English by Ekin Oklap and published in the UK by Weidenfeld & Nicolson]. Please tell us what inspired you to write a historical novel about these extraordinary women.

IT:  The events surrounding the portatrici, the carriers,are well-known in Friuli, my native land, and are part of my education. After researching this subject for many years, I felt the time had come to make my small contribution to the memory of these extraordinary women, all too often neglected by official history.

KG:  One of the truly moving elements in your novel is the bond between these women. Although the main character, Agata, in some ways is their spokesperson because she is articulate and “schooled”, there is a thread of deep solidarity running between them all. Do you think relationships/friendships between women have changed over the past century?

IT:  I think it’s mainly moments in history that shape the way a human being relates to his or her peers and at present, Western society is marked by individualism and we’ve lost a sense of community. As women, we are less supportive of one another because we have acquired a competitive streak we didn’t have in the past.

KG:  As I was reading Fiore di Roccia, I was very aware of the landscape. You feature the mountains as a character in its own right. They are alive, menacing, protecting and profoundly formative. You are that very region; please tell us about the importance of mountains not just in your novel but in your life.

IT:  The mountains have a miraculous power over me: they save me from stress and anxiety; they put me in tune with the more silent, more arcane part of myself. They talk to me about my origins and this allows me to sink roots deep into the soil.

With thanks to Viviana Vuscovich, Gruppo editoriale Mauri Spagnol, Milan.

Currently on the bestseller list in Italy: Scheletri by Zerocalcare (Bao Publishing, October 2020)

Recently/ about to be published in English translation: