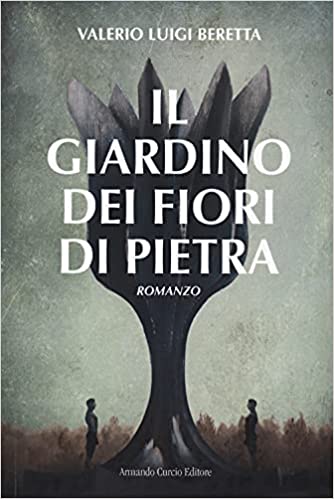 This month, it is my pleasure to invite into the Italianist’s chair my talented fellow translator Lori Hetherington, who presents a powerful book that I, for one, definitely want to read.

Lori has recently published an outstanding translation of Emma Perodi’s Tuscan Tales. Last August, she contributed to the Conversazione a Quattro with Richard Dixon, Howard Curtis and me.  An interview I did with her can be found on the Italian Cultural Institute website.

Ludwig set the sheet of paper aside and turned his wheelchair to answer the phone. “Rilke speaking.”

The familiar voice with its Eastern European accent was enough to make him forget his irritation.

“Branko? What a nice surprise… How are you? Still travelling?”

As far as he knew, his friend could be in any one of his organization’s many offices, or standing in a phone booth only God knew where. He waited for a reply. It came after an unusually long pause.

“No, not anymore. I’m back in my parents’ house in Šargovac with my ghosts.” His voice was heavy with bitterness.

Caught off guard by the unexpected tone of the conversation, Ludwig didn’t know what to say. He asked the only thing he could think of. “What’s going on?”

There was another pause, just as heavy as before. “I’m tired. So very tired.”

Every sentence that came into Ludwig’s mind in reply seemed inappropriate, shallow somehow.

“I didn’t call you to talk about my problems. I wanted to give you some news before you read it in the newspaper.” Branko’s voice was raspy, trembling, as if he was trying to control his emotions.

“Thanks for thinking of me, I imagine it’s something important.” He mentally kicked himself—of course it was.

Another few moments of interminable, uncomfortable, unbearable silence passed. Finally, words came. Branko formed the vowels and consonants with great difficulty as if they stuck one to the other, speaking with neither emphasis nor joy. After all, the news was nothing to celebrate.

In this early scene from Il Giardino dei Fiori di Pietra (Curcio Editore, 2021), author Valerio Luigi Beretta conveys the weight of the story he’s about to tell: how two young men—one Austrian with Turkish origins, the other Bosnian of Orthodox faith—who’ve been torn by wartime atrocities and racial hatred in their own countries unite in search for truth and justice and in their understanding of each other and themselves. Told from alternating points of view, the narration draws the reader into the individual worlds of the protagonists with ease—never leaving one or the other too far behind—to subsequently bring Ludwig and Branko together.

When I first read Il Giardino dei Fiori di Pietra I was struck by the characters, their personal journeys, and the kaleidoscope of sentiments they embody: strength, vulnerability, persistence, rage, conviction, torment, despair, relief, hope. I shared in each and every feeling, page after page.

Like many Second World War stories, the possibility of encountering terrifying scenes is real; the events recounted may be dreadful, the injustices the characters fight against appalling, but the moral values at the root of the story prevail and must not be forgotten. I believe this is one reason readers seek out stories about those deeply troubling times. We need to be reassured that, despite the pain and ugliness, good eventually triumphs over evil. Beretta’s story also underscores how, in order to truly understand history (and hopefully not repeat it), we need to engage our hearts and emotions. As happens in real life, not everything in Il Giardino dei Fiori di Pietra is horrific. The characters also experience love, support one another, and share happy moments—details that add to the believability of the story which is in fact based on an aspect of the war that is known to few people outside of the Balkan region.

Standing in current-day Croatia is an enormous concrete monument, designed by Bogdan Bogdanović, called the Stone Flower. It marks the site of the former Jasenovac concentration camp complex, and serves as a reminder of the horrors which led to the execution of an uncountable number of individuals deemed undesirable due to their ethnicity. Still to this day, the total number of deaths is unclear. The politics of the region have always been complex and subject to partisan interests: Franjo Tudjman, Croatia’s first post-Yugoslav president, maintained a number in the 3000-4000 range, while many historians have estimated 700,000 to 1,000,000 dead – it’s also possible to find quoted a myriad of figures in between. Many novels have told of German-run Nazi camps, but virtually nothing has been written (especially in Italian) about the camps in former Yugoslavia and the particular brutality that occurred there. However, with Il Giardino dei Fiori di Pietra, Beretta has courageously confronted this chilling chapter of European history.

I once asked the author what prompted him to write this story. As he explained, “I don’t have any particular ties with Croatia or Bosnia-Herzogovina, where many of the events in the story are set. However, I read about a letter written to Pope John Paul II in 1995 by an elderly woman who, when she was a young schoolteacher in Šargovac a few kilometers from Jasenovac, witnessed a horrific massacre overseen by a Franciscan monk known as Brother Death. As a result of what she saw, she spent her life in a mental hospital. I couldn’t get her story out of my mind and felt compelled to dig deeper.”

Digging deeper is exactly what Beretta’s protagonists do in their attempt to find those responsible for the pain inflicted on them and their families, and the destruction of the life they’d known before the war.

Three more people exited the church and paused momentarily to exchange a few words. Two of them were wearing ecclesiastic robes and the other a long, dark gray overcoat.

Unexpectedly, the man bowed to kiss the cleric’s episcopal ring.

“Jackpot! A cardinal,” exclaimed Branko under his breath.

The clergyman approached the car where the English officer was holding the door open with apparent aplomb, although his grip appeared tense.

As the prelate, who was quite tall, bent to climb in, his face was illuminated by the Jeep’s headlights.

Surprised, Ludwig asked, “Who are they?”

Branko picked up a leather dossier on the seat next to him. He rested it on his knees and snapped open the latches. He removed some photographs, examining them one after the other. When he found what he was looking for, he handed it to Ludwig.

The concluding chapters bring the story full circle while leaving some details open, a plotting strategy that allows for a satisfying end and, at the same time, invites the reader to reflect on what might have been.

As recognised by the jury of Italy’s 2021 ‘Giovane Holden’ Literary Prize, which awarded Beretta first place in the published-novels category, this is a story worthy of attention. It is a story that must not be forgotten.

*Translations in italics by Lori Hetherington

Valerio Luigi Beretta is an economist and financial manager from Milan with a deep passion for 20th-century history. Il Giardino dei Fiori di Pietra is his first published novel and reflects his particular interest in aspects of World War II that have not made it into the history books. He is currently drafting a second novel set in the mountains of Tuscany during the period 1943-45.

Lori Hetherington holds a Bachelor of Arts degree from the University of California Berkeley and is a freelance Italian-English translator and emerging writer living in Florence, Italy. Her collaborations and publications are wide ranging and include her own short stories and co-authorship of narrative nonfiction, as well as translations of literary, historical, and genre fiction and narrative nonfiction.

THE ITALIANIST: Riveting Italian Books You Need to Know About by Katherine Gregor. IL GIARDINO INCANTATO (The Enchanted Garden) by Carlo Grande

THE ITALIANIST: Riveting Italian Books You Need to Know About by Katherine Gregor. I TACCHINI NON RINGRAZIANO (Turkeys Don’t Give Thanks) by Andrea Camilleri

THE ITALIANIST: Riveting Italian Books You Need to Know About by Katherine Gregor. CONVERSAZIONE A QUATTRO

THE ITALIANIST: Riveting Italian Books You Need to Know About by Katherine Gregor. CORRERE DAVANTI ALLA BELLEZZA (Running Ahead of Beauty) by Luigi Spagnol

THE ITALIANIST: Riveting Italian Books You Need to Know About by Katherine Gregor. One year on

THE ITALIANIST: THE DWARVES’ MARKET and WITCHES’ POLENTA as told by Mary Tibaldi Chiesa, translated by Katherine Gregor

THE ITALIANIST: Riveting Italian Books You Need to Know About by Katherine Gregor. And what of Italian Fairy-Tales?

THE ITALIANIST: Riveting Italian Books You Need to Know About by Katherine Gregor. QUEL TIPO DI DONNA (That Kind of Woman) by Valeria Parrella

THE ITALIANIST: From FIORE DI ROCCIA by Ilaria Tuti translated by Katherine Gregor

THE ITALIANIST: Riveting Italian Books You Need to Know About by Katherine Gregor. FIORE DI ROCCIA (Flower of the Rocks) by Ilaria Tuti

Category: The Italianist: Riveting Italian Books You Need to Know About • Blogs