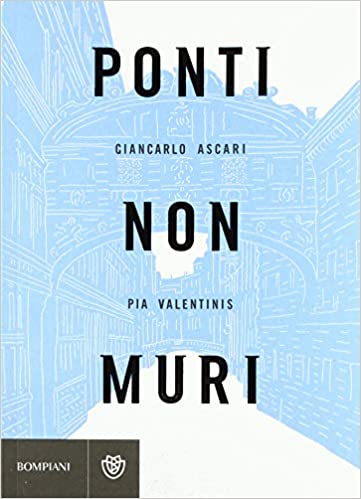 The tallest bridge built by the Ancient Romans around 20 BC was part of an aqueduct that connected Nîmes to the source of the river Eure near Uzès. Made up of sixty-four arches on three levels, it stretches over the river Gard. It is 409 metres high, 275 metres long and slopes slightly in order to allow the water to flow. After the aqueduct fell into disuse, it became a thoroughfare bridge. In medieval times you had to pay a toll to the local lords in order to cross it. Napoleon ordered its restoration in 1850.

The Romans were great builders of bridges: just like roads, they became tools for managing and controlling the empire. Using timber, stone, boats and ships, they erected them over the Rhine, the Danube, in the Alps, in Asia and in Africa. The construction of Pons Sublicius, the oldest bridge in Rome, gave birth to the office of pontifex (pontiff), the builder of bridges, the highest religious rank to which a Roman citizen could aspire. The title of pontifex went from patricians to plebeians, then to emperors until, in 376, it was adopted by the bishops of Rome.

In 134 AD, Emperor Hadrian built a bridge using peperino and travertine stone that led to his mausoleum. There, in 590, Pope Gregory I had a vision of the Archangel Gabriel, after whom the bridge is named. Over time it has frequently been restored and renovated by artists and sculptors. We can still admire the statues of angels by Bernini and his pupils. From the Jubilee Year 1500, Ponte Sant’Angelo also became a place of execution, where the bodies of those who had been put to death were placed on display. From 1796, for seventy years, the executioner was Giovanni Battista Bugatti, who carried out his work on the bridge five hundred and sixteen times, although he actually made a living from dyeing umbrellas in a workshop.

Built in around 1100, it is one of many bridges scattered throughout Europe that have this name. What they have in common is a bold architectural structure and the legend of a pact with the devil that allows it to be built. Legend has it, a master builder was running late with his work and the devil promised to complete it in one night in exchange for the first soul that crossed the bridge. In the end, the master builder outwitted the devil by sending a dog first. And so the animal’s ghost still appears on moonless nights, chasing after the man who sacrificed it. The name given to these constructions is paradoxical: the word devil comes from the Greek diàbolos (he who divides), whereas bridges connect.

Legend has it that in 1177, urged by an angel to build a bridge over the Rhône, the shepherd Bénézet went to seek permission from the king of France. After persuading the monarch by lifting a large boulder and throwing it into the river, the shepherd completed his work in 1185. A section of the bridge collapsed after the Rhône repeatedly burst its banks but the boulder is still there and tour guides point it out.

170 metres long, it is considered Europe’s oldest covered bridge. It crosses the River Reuss and connects the two oldest parts of the city of Lucerne.

Its name comes from its proximity to St Peter’s Chapel, where you can see one hundred and ten 17th-century wooden panels depicting the history and principal events of the city. The Wasserturm (water tower) stands in the middle of the bridge. It is an octagonal tower erected for defence purposes and is one of the city’s landmarks.

Giancarlo Ascari is an architect and the author of comic strips who signs his drawings “Elfo”. He has written and drawn for Linus, Il Corriere della Sera and Diario. He is the author of the graphic novels Love Stores (2005), Tutta Colpa del ’68 (2008), Sarà una bella società (2012) and L’arte del complotto (2015).

Pia Valentinis was born in Udine and lives in Cagliari. She writes and illustrates books for children. In 2015, her first graphic novel, Ferriera, won the Andersen Prize as best comic book.