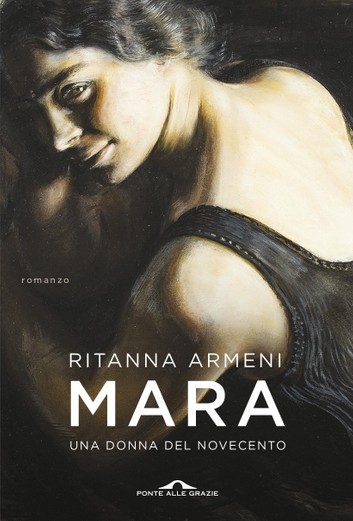 The sound of the bell, and of Nadia’s fist hammering on the door. “Mara!”

Whenever we have something to say to each other, we use the broom. Nadia lives on the first floor, I am on the second. One knock means “let’s meet up immediately, I’ll wait for you at home”, and, two, “let’s meet in the courtyard, at our secret-sharing bench”. This time, Nadia did not even want to wait a second and has rushed upstairs to call me. Her eyes are glowing, her cheeks flushed. “Come downstairs, I’ve got something important to show you.”

Whenever Mara is this excited about showing me something, it’s usually a picture of the Duce. She has a wide variety of them, cut out from newspapers and magazines, which she keeps tidily in envelopes she stores in a box. Her favourites are those where He is engaged in sporting activities: riding, swimming, skiing, fencing, or else driving a motorbike or, even better, wearing glasses and an aviator’s outfit. Also in uniform, with the black shirt and the bowler hat. Every now and then she looks at them in awe.

Besides the Duce, Nadia loves physical education; she’s very good at gymnastics and wants to teach it when she grows up. “I’ll make sure Italian women are strong and healthy, the way He wants them to be,” she always says.

A couple of days ago, when we got back from school, she showed me a newspaper article that supported her plans: an entire page devoted to the inauguration of the Fascist Women’s Academy of Physical Education in Orvieto. A former convent turned temple of women’s gymnastics. A two-year course after the school diploma will enable you to teach in state schools. Nadia can make a dream come true. “I need to sit a selection exam but I’ll pass it,” she said, “and then I’ll work extremely hard, I’ll be away from home, I won’t see my parents, I’ll miss them, but I’ll succeed.”

“It’s 5,000 lire a year!” I pointed out after glancing at the article, but she was unfazed.

“I know,” she answered readily, “but Giulio will help me. He’s a sourpuss but he’s a good brother. By the time I take the exam, he’ll have finished university, and have a job and money. Besides, the second year will be free at the Academy because the best students don’t pay anything and I’ll almost certainly be the best.”

Once my friend has decided on something, she has a ready answer for everything.

She has taken me into her room, or cupboard, as she calls it. The larger room has been given to Giulio – he’s a boy, has some serious studying to do, and needs the light from the window overlooking the street. But it’s not so she can show me the umpteenth image of the Duce. On the wall opposite the bed hangs the framed photograph of a dark-haired, stern-looking young woman wearing a black hat with a skull and crossbones. “The Captain,” she said, pointing at her. “Do you know who she is?”

I thought she would be angry if I said no, but I really didn’t know, so had to confess it.

“Ines. Ines Donati,” she explained, happy to fill the gap in my ignorance. “They called her the Captain because she was a menace to anybody who insulted the Motherland… Reds… those who went on strike. Defeatists were in big trouble if they ran into her. Once, she slapped a Socialist, and not just any one but a Member of Parliament.”

Ritanna Armeni (born 1948) is a writer and journalist; she was editor-in-chief of Noi Donne and worked for the Manifesto, Rinascita and L’Unità. Her books include Di questo amore non si deve sapere (No One is to Know about this Love – recipient of the Premio Comisso for non-fiction) (2015) about Inessa Armand, Lenin’s secret love, and Una donna può tutto (A Woman Can Do Anything) (Ponte alle Grazie, 2018).