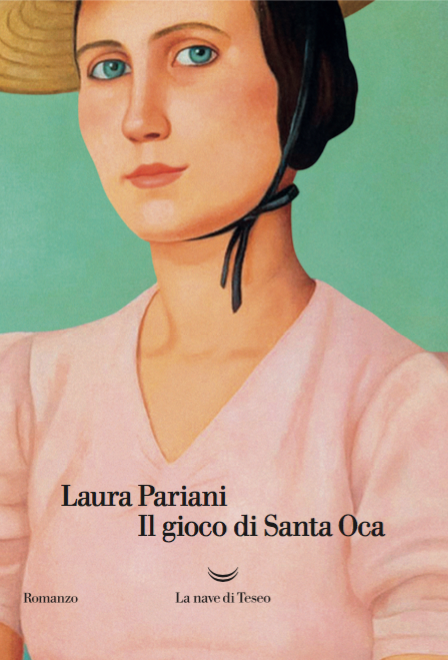 […] She pushes the leafless branches of a hawthorn aside and ventures through nettles, belly-high; her long skirt hinders her somewhat and to save it from getting muddy she pulls it up to her knees. She pricks up her ears and listens to the life of the moorland throbbing around her: trees falling, branches rotting on the ground amid soaked leaves; the mist bestows the same caress upon the leech and the fern, making no distinction between the hornbeam and the briar. She sniffs the air, which smells of rotting timber, and peers beyond the English oaks. The sense that a hundred eyes are following her down this silent path sends a shudder through her: smelling her, the hare springs into a run; the fox crouches down in the heather; the boar stops schooling its offspring for a moment, then, without rushing, disappears deep into the heart of the forest; the kite watches her while flying high above; the nightjar counts the sins Púlvara carries on her back, then opens its beak as though about to snatch her soul.

Heedless of them, Púlvara stubbornly keeps going. She once knew this familiar land’s end, she travelled down and across it many times twenty years ago, which is why she picks up on many details of the moorland with her heart and her memory.

She stretches her back, a heavy bag weighing on her shoulders. It’s a long way to the river and the days are growing shorter so she must make haste. That’s when she hears a mysterious, worrying sound in the distance. Is it a horn? It rises, like a lament, to the darkening sky.

Púlvara’s hand rushes to the gypsy knife she wears at her belt; her fist also clenches around the knotty stick: she wasn’t born yesterday and, if need be, could defend herself.

For sure there is a village nearby or at least a cottage. She had better get a story ready: my silver tongue has always been my salvation, Púlvara thinks. The folk in this wicked land enjoy listening to stories. They were born on moorland, so are ignorant people with no learning, like Aristotle’s tabula rasa on which nothing is written or painted. Folk without words. As the old story goes:

Back in the old days, when the earth was young, God was taking a stroll in His Heaven. And since He had nothing to do, He began creating the animals in the woods, the yarrow, sparrows, and willows for making baskets. He walked around, inventing lightning here, fog there: then wheels, stones and backwaters… Then He got tired and said, “While I am on the job, let’s make man” and got down to it there and then. But since He wanted to be generous, He made two: the Rich Man and the Poor Wretch. Companions in everything. But when they sprouted from the dust, the two looked at each other and knew something was wrong. They had two eyes, one for looking at all the world’s beauty and the other for weeping. Also two ears, one for listening to beautiful songs, the other for hearing orders. The same for nostrils, one for smelling the stew, the other for sensing danger. And so be it. But there was just one mouth. How could they talk and eat at the same time? So the Rich Man and the Poor Wretch go to ask God. And so the Lord decides. “To the Rich Man’s mouth I will grant speech, since he already has plenty to eat. And to the Poor Wretch I will give food, so filling his plate will be his one and only thought. After all, the less poor folk speak, the better.” And that is why moorland folk have never been good talkers or able to stand up for themselves…

It’s always the same: the peasants gather in a circle around wayfarers who can spin a good yarn and hang from the lips of those who know the right words to make a story come alive and sound real. That is why Púlvara chooses her stories with care, because you can’t just tell anything to anybody. And when she ends her tale, people always give her a cup of the sharp wine this lean soil yields and beg her, “Once more”. Because even though they already know the story, words only come alive when they are spoken.

The moorland seems to be holding its breath now, while the horn keeps calling. A sound in the thick of the trees. Púlvara feels a pang of anxiety in her chest, the hated companion of a walk across a moorland which, from one moment to the next, can turn into a place of spells. She turns abruptly and briefly glimpses two dark faces and eyes glistening above shaggy beards. Truth or a trick of the imagination? Blink and they’ve gone as the horn is sounded again. Two forest divinities and two sounds of the horn? Number four, tied to the moon cycle that rules over childhood. What does the number four remind you of, Púlvara? Your infancy in Milan, the shrill voices of your four siblings squatting on the bank of the Naviglio, watching barges entering the city, the opportunity to savour the taste of a joyfully adventurous freedom at the horse market past Porta Ticinese or in Vico delle Oche outside San Vittùr, back in the days of once upon a time and there didn’t used to be, before the scourge of the plague wiped out your family… Number four, the year of the sun in the Game of the Goose, which is so much like life itself. Step forth, Púlvara. Use your judgement and have faith: because as the Ancients knew, the goose is the Lady of the Animals. So be guided by her.

After all, in the beginning there is always a feathered creature.

Laura Pariani is the award-winning author of numerous novels, as well as graphic novels, plays and screenplays. She is also a painter and literary translator from Spanish. Il gioco di Santa Oca was shortlisted for the 2019 Campiello Prize.