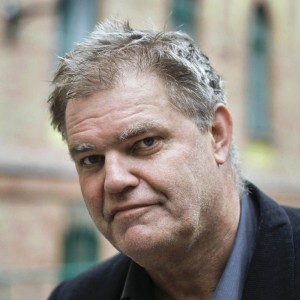 The Hungarian Window in Vienna by Wilhelm Droste

Anybody who wants to get to know Hungary now – to understand or even to want to understand – should switch off the radio, put down the newspapers and not go online. Instead, he or she should pick up a publisher’s books that makes itself small, in all modesty, and goes by the name of Nischen Verlag.

Bigger publishing houses survive from top-selling mass editions. Bolstered with this reserve they courageously venture into ‘niches’ where twenty years ago today’s household names of Hungarian literature really made their shining debut. Sándor Márai, Péter Nádas, Imre Kertész or Péter Esterházy – all of them and a few more started out at the bottom of the ladder in these protected niches. Only then did they grow up into giants. This astonishing success of Hungarian literature opened numerous doors for upcoming writers. Nischen Verlag also benefits from this today. However, the publisher is going through tough times. It is reliant solely upon its expertise and on establishing one ‘niche’ on top of the next. This is a fairly adventurous, risky and unconventional way of creating a substantially taller Hungarian tower of books that merit even more accolades and admiration.

The author of one of the publisher’s books, Der Verruf by György Spiró (b. 1946), calls into question the myths and everyday romanticizations of Hungarians. This book is about the pseudo and angst-ridden period after the 1956 uprising. This writer, who would prefer to stay out of the paralyzing and entrenched political battles in his country, attracts wild opposition and furious indignation with all his books and plays. Showered with a bunch of national prizes he is still the eternal troublemaker. For thirty years, as one of the greats, he has been on the threshold of German editors and publishers, always in the front row, yet it’s like a curse. For incomprehensible reasons he is not allowed to enter the realm of German-speaking literature. It is as though the Iron Curtain were still in place, as if there were no tolerance for any opening. Now, this book finally marks the transition. With Nische, a German text has been made out of the Eastern and Central European secret. The publisher shows decisiveness. A short story volume by Spiró has also been released, maybe the big novels will also follow later. Nonetheless, that will far outstrip the volume of the previous books.

Another book is by Lajos Parti Nagy (b. 1953): Der wogende Balaton, a short story collection, which is notable for its wondrous language. German readers will have their difficulties with this, as György Buda has transposed the text with almost inaudible delight into a lush and vital Austrian. This is artful and legitimate, since the Hungarian original is a skilful artefact of street language and elevated literature. Parti Nagy experiences and listens to the world as a linguistic orgy and gives back this tonality. The writer unifies characters, which are normally far offset from each other, and never come together. A poet by profession, he is captivated by a passion for play; his language seems cast adrift and carefully withdrawn from any worldly influence in the ivory tower of his striving for expression. At the same time, however, he is precisely the one who vehemently and rigorously despises and outlaws the collapse of political morals in Hungary today; he listens to how the populists and the people really talk, hence the emergence of his linguistic outpourings. He repeatedly writes from this strange mix of biting satirical fairy tales, which he then not only publishes, but broadcasts on the airwaves with his wonderfully deep, smoky radio voice. It is a mix of horror and warning with subversive humour; a political poetry that was, until now, unprecedented. Hated by those in power, he is the reliable dissenting voice. Now, this voice has two very distinct tonalities in German, as his book Meines Helden Platz (My Hero’s Square) was already published by Luchterhand in 2005 in a translation by Terézia Mora. In multicultural Berlin this worked in entirely different language idioms to do justice to the Hungarian word escapades. This was a happy coexistence, since both translators faithfully render the Hungarian original with their spectacularly diverse languages.

György Buda is in Vienna and working on the translation of an amazing novel by Gergely Péterfy (b. 1966). Der ausgestopfte Barbar – this is the working title in German – if the translator stays close to the Hungarian. For months at a time, this book was scarcely available to buy in Hungary because every reprint always sold out within hours. The subject refers back to the early 19th century, yet it is extraordinarily topical for today. The contemporary flow of migrants has the effect of making foreign cultures unstoppably collide with each other. A black man is ‘stuffed’ for museum purposes; he was friends with one of the most renowned Hungarian Enlightenment figures, Ferenc Kazinczy. The novel enigmatically deals with the great questions of humanity and barbarism which have much more in common with each other than we would like to think at the outset.

The publishing house has stayed loyal to its philosophy. Here, books appeared and appear that do not politicize, yet they are intrinsically highly political, unintentionally and with a strong will.

This blog was originally published on ELit Literature House Europe on 8 October 2015.