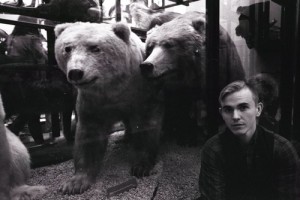 The consequence of history: European poetry as representation of the modern nation by Steven J. Fowler

Every nation’s literature contains within it multiplicities. Not only are definitions of these traditions based on approximations, that which has been recorded, assigned, that which has had the fortune of being discovered, but the very concepts around what actually makes a poem or a novel is ever changing. In fact the very intransigence, and ever changing, nature of each language we utilise in Europe makes declarations and definitions fraught. That being said, I have come to realise, reading, writing and programming in many European nations over the last number of years, that certain social and political realities, certain modern histories, have an indelible effect on what kind of poetry a nation produces now, and what kind of literature a nation reads.

Recently I curated a project called Feinde, an Austrian themed Enemies project, which is all about collaboration and exchange between nations. In this case, supported by the immensely open minded and generous Austrian Cultural Forum in London, four contemporary Austrian poets came to London and collaborated, and performed, with British counterparts. In all we put on four major events in a week, heading up to European Literature Night in Edinburgh, via UNESCO City of Literature, to close out the programme.

A first difference, and a vital one. The Austrians poets, Ann Cotten, Jörg Piringer, Max Höfler and Esther Strauss, were all guests of the Austrian Cultural Forum, which isn’t just an organisation in name, but inhabits an incredible space, a building they have run for over fifty years in London. The value of this, in having a home, a locus for the project, in encouraging collaboration, and raising awareness of the iconoclastic post-war Austrian tradition of poetry is incalculable. I intend no vast conclusions here, but I know of few equivalents in London, and I know I have yet to stay in a British house in any other city outside the UK.

More importantly, and forgive my compression here, but the outstanding innovation, elasticity of methodology and range of practise the Austrian poets evidenced, while still being major figures in their nation, suggests a rather different tradition than here in the UK. It exists here, but it is not conducive to repute in the world of poetry. Why is this? Reasons are legion, but it is hard to look past what the two nations needed to face up to after 1945. Where contrarianism and a deep suspicion of language itself seemed necessary to a country who had think through its culpability, so tradition, fixedness and conservative methodology seemed apt to those who saw themselves wholly victorious or proper.

Still, now, 70 years on, my generation of poets, those encouraging consistent dialogue and collaboration across our continent, to build communities of writers and long lasting friendships in the creative act, must be aware and mindful of history, if they are not to repeat it, or be curtailed by it.

This blog was originally published on ELit Literature House Europe on 3 August 2015.