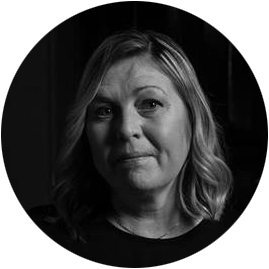 In George Orwell’s novel 1984, O’Brien says to Winston: ‘But at present power is only a word so far as you are concerned.’ In 1949, when Orwell wrote his legendary book, Latvia had been occupied three different times over a span of a few years: following the first Soviet occupation and then the Nazi occupation, Latvia once again found itself ruled by the Soviets, who immediately attacked free speech, with literature the first target. Latvian poetry and prose, which was steeped in tradition, and was stylistically refined and modernist, was replaced by lines singing the praises of Soviet propaganda.

During the 1970s and 1980s, however, Latvia began to see astonishing print runs of books in which readers searched for – and found – the themes around freedom that were hidden in the subtext of these works. During these same years, Latvian literature written in the West by the many excellent writers who had fled Latvia during WWII was slowly trickling back into the homeland, along with books such as 1984 and Ulysses – both of which were translated into Latvian by Dzintars Sodums.

Latvia’s independence in 1990 gave a new generation of writers a completely different set of possibilities for literary experimentation and they began writing for the sake of literature itself instead of trying to conceal political messages.  At the same time, exposure to the study of other languages and to Western universities and European writers’ houses opened up new avenues for writers to learn from the experiences of others. By translating T.S. Eliot and Dickinson into Latvian, for example, Kārlis Vērdiņš grew into one of the greats of modern Latvian poetry. The prose of Inga Ābele, however, grew out of the long Latvian storytelling tradition.

The significant historical shocks Latvia experienced during the twentieth century have provided fertile ground for the development of Latvian literature in the twenty-first. The singular novel series ‘We. Latvia. The 20th century’, which was the brainchild of writer Gundega Repše, holds a prominent place in this movement. This series features the work of fourteen modern prose authors examining Latvia’s recent difficult and complex history in engaging and contemporary styles, and these have become bestsellers. Pauls Bankovskis’ 18 (reviewed in this magazine) transports the reader to Latvia during its interwar independence. Osvalds Zebris’s In the Shadow of Rooster Hill describes the events of 1905 across Europe. Māris Bērziņš’ The Taste of Lead lays bare the deep wound left by the Nazi destruction of Latvia’s Jewish community (you can read an extract from the book in this magazine). Gundega Repšes’s Bogene shows a family’s experience of Soviet atrocities. Inga Ābele’s The Rumble discusses the fate of both humans and horses during the 1949 Soviet deportations. Arno Jundze’s Red Mercury shows Latvia’s experience of ruthless 1990s capitalism. And Nora Ikstena’s Soviet Milk (also reviewed in these pages) tells the story of a mother and daughter living under Soviet occupation.

In 2018, therefore, as Latvia celebrates the centennial of its independence and is featured along with Lithuania and Estonia as a special guest nation at London Book Fair, Latvian literature is in its prime. Steeped in both local and broader literary traditions, written in rich, poetic Latvian, and having navigated the meandering path of its recent history, without doubt Latvian writing can now stand alongside any other example of world literature. And today these literatures, in turn, can stand together as an answer to the instability of the world’s superpowers.