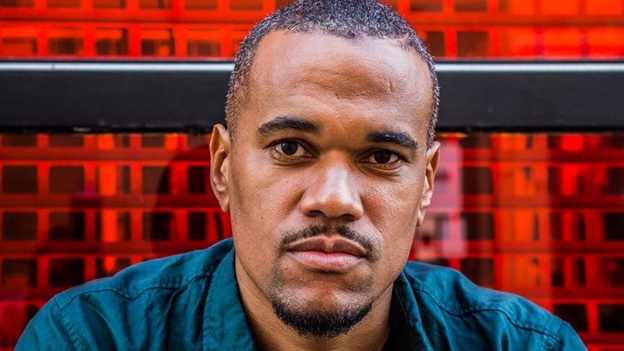 Jun 23, 2017 • No comments
Think Scandi-lit is just Scandi-noir? Think again. In recent years, the Nordic countries have established themselves as the home of dark, morally complex writing, mainly in crime fiction. But what else is happening in Swedish literature?

Discover something new in a night of readings and discussion with bestselling author Johannes Anyuru and poet Athena Farrokzhad, chaired by journalist Rosie Goldsmith.

Johannes Anyuru (b. 1979) is a poet and novel writer living in Stockholm, who made his debut in 2003 with the critically acclaimed collection of poems Det är bara gudarna som är nya (“Only The Gods Are New”). Anyuru’s poems and novels are very personal, reflecting the death of a close friend and the life of his father in Uganda among other life events. Besides writing poems and novels, Anyuru has worked with spoken word as a part of the group Broken Word, and he has also written the play Försvaret (“Defence”) together with Aleksander Motturi. His talent and work has made him one of the most well-known Swedish authors.

Athena Farrokhzad (b.1983) is a poet, literary critic, translator, playwright and teacher of creative writing. After several years of collaborative poetry projects and international literary work she published her first volume of poetry Vitsvit (“White Blight”) in 2013. The book circles around the topic of revolution, war, migration and racism, and how these experiences condition the lives of different family members. Vitsvit received several literary awards, has been translated into many different languages and also performed as a play at the Swedish Radio theatre and at Unga Klara theatre. Farrokhzad teaches creative writing at Biskops-Arnös författarskola, and has translated writers such as Adrienne Rich, Marguerite Duras, Monique Wittig and Nicole Brossard into Swedish. In 2015, her second volume of poetry was published, Trado (2006), written together with the Romanian poet Svetlana Carstean.

Rosie Goldsmith is an award-winning journalist specialising in arts and current affairs, in the UK and abroad.  In 20 years at the BBC she travelled the world and presented flagship BBC programmes Front Row and Crossing Continents. Rosie speaks French, German and Italian and has lived in Germany, Africa and the USA. Today she combines journalism with chairing and running events and festivals in Britain and overseas and works closely with many leading cultural organisations.  Known in the UK as a champion of international literature, translation and language learning, she promotes them whenever she can. She is also Director of the European Literature Network.

The European Writers’ Tour 2017 is a EUNIC London project coordinated by the Instituto Camões (Portugal) in partnership with the Royal Society of Literature and the British Library. It is supported by The European Commission Representation in the UK and EUNIC Global, with additional support from the Czech Centre, Flanders House and the Institut Français.