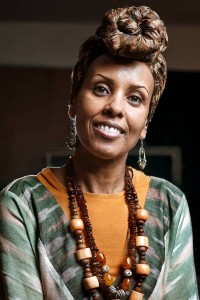 Haymanot was born in Ethiopia, She is a singer, writer and photographer as well as a painter. She says,”I’m living on our beautiful earth to admire words, melody, colours and nature, which gives me inspiration to be creative”.

Edin Suljic grew up in the multicultural, multinational society of former Yugoslavia, before moving to the UK at the onset of the tragic Yugoslavian war in 1991. Being of a diverse background, he has a personal inclination to making different parts of society understand each other to find common values. He likes a good story; telling and making stories about people in all their diversities is the best way of bringing people closer together.

Racheal Joseph was born in England of mixed parentage. Her poetry reflects the issues around growing up in a time when you were expected to pick whether you wanted to be ‘Black’ or ‘White’. This was political and she was never able to pick one colour over another.

Bart Wolffe was born in Zimbabwe and left in 2002 for exile in Germany via London. He is a Zimbabwean leading playwright with work performed in nine countries. His fourteen plays include The Sisyphus Road (2002), The Art of Accidental Stains (2002) and Killing Rats (2001). He has several published books, mostly poetry. His novel Eye of the Witness (1995) is unpublished for fear of political repercussions. His novel Worm Head was published in 2006. Persona Non Grata, is a collection of stories based on exile and alienation and his biography is Bastard of the Colony.