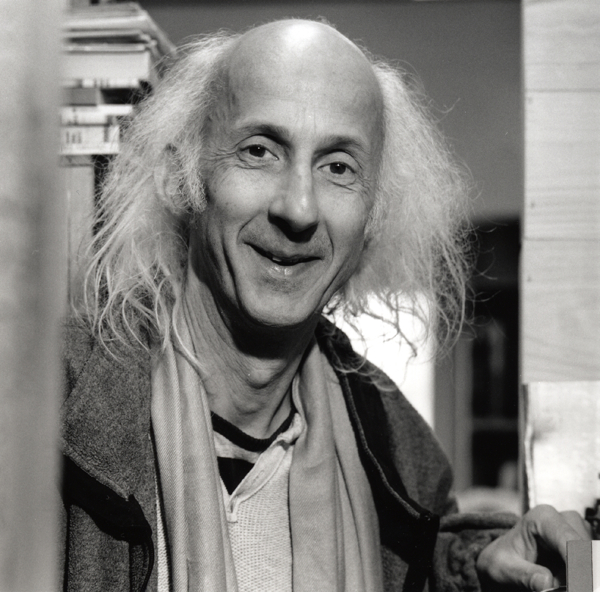 Jul 6, 2017 • No comments
Acclaimed poet, editor and translator, Stephen Watts, shares his views on the art and power of co-translation.

I began co-translating in the early to mid-1990s, partly from an imperative and partly in a very natural way. I had met or was aware of many fine poets living in London, where I also was living, who were not writing in English and whose poetry was not being much or well translated. Some of these poets became my good friends and some of them began asking me to help translate their poetry so that they could find English language audiences where they were living: they needed such audiences beyond their own mother-tongue readers in order to better survive. Here, then, were the imperatives: friendship, political responsibility (many of the poets had been born in countries affected by British colonialism and/or postcolonial wars and I felt this keenly) and the existence of great poetry being written in England but not available in English. This was enough to prod me across and into co-translation:

“translation is a vital art / pulsing lifeblood through the heart”

There are as many models for co-translation as there are (co-) translators, and so there is no one ‘model’. But for me, face to face communication is usually really important. There is, of course, great scope in social media, through skyping or e-mailing and this can work very well. But personally, I greatly value being face to face with my co-translators so that I can see and feel the words coming from their mouths and bodies. When listening is one of the essential processes of translation, the clear intimacies of words coming from the poet or co-translator’s breath, their bodies’ rhythms, makes the process of listening that much richer. You can sense variants, alternatives, places where meaning is obscured by the obvious word, other places where it is precisely given by the same and there are no rules to this, other than in attentively listening. Translating poetry, as with writing a poem, is very much a physical process: working, waiting, looking, listening, in-breath and out-breath. If I can quote from my introduction to a recently published book of co-translations to partly describe the process:

“The English texts in this book are co-translations, the work of three people working closely together. First Marga Burgui-Artajo made very detailed word-by-word ‘literals’ – checking many interpretations directly with the poet – which she then brought to me and the two of us (sometimes with the poet present as well) went very carefully through her literals sifting what might be the clearest meanings, while keeping a weather eye open to the best sounding text in English. These two initial stages were vital to establish accuracy while pointing the language of the translation towards a living breath. Then I would work on the poem on my own and send the updates to Marga: and we would meet once again to talk this second draft through towards the poem’s final version. This was the process we went through with each poem or sequence of poems. Adnan also often provided recordings of himself reading so we would have the rhythm – and other less tangible auras of the poems – to hand if needed. The fact that all three of us were living in London, and were able to meet with relative ease, was also a vital part of this process”

This is a co-translation I did with Marga Burgui-Artajo and the poet Adnan al-Sayegh of the latter’s poetry. But I could add co-translations of Slovenian poetry done with Ana Jelnikar, co-translations with the Syrian poet Golan Haji (now living in Paris) , co-translating contemporary Romanian poetry with the poet Claudiu Komartin, of Ziba Karbassi done with the poet herself, of contemporary Bangladeshi poetry done with poets of the Bangla diaspora in London, or of the Yiddish poet Avrom Stencl done with the poet Khayke Beruriah Wiegand. I want to mention all these names because friendship is a prime factor for me, if the processes of co-translation are to work: that is why physical presence matters and why – even when the poems being translated are very painful (Ziba Karbassi’s astonishing ‘Death By Stoning’ or some of Golan Haji’s work for instance) – we can, as co-translators, be taken to limits of sheer laughter by the shared linguistic acrobatics of our work. That is extraordinary and cathartic – to counter pain with unforced laughter: and it is what happens when co-translation works well. Or when with Golan Haji we are sitting at a table searching for a mot juste and both of us say it quite independently at the very same moment. Maybe that brings me to the only ‘rule’ for any co-translation: when you know it is working, carry on, when you know (after much labour) that it isn’t, leave off. In other words, don’t betray the original or yourself, but that surely isn’t a ‘rule’ just for co-translation.

I don’t want to ‘define’ co-translation at all, and certainly it isn’t, for example, where a ‘poet’ takes, or is given, or is commissioned to work on, a ‘literal’ and then writes his or her poem without much further interaction with the ‘first’ translator. Of course this can result in wonderful translations or in fine ‘new poems’ and I am not dissing this practice. But (and perhaps especially in the past) it has too often resulted in what is not a translation or else in the ‘first translator’ being very much under or even unacknowledged. In what I’m talking of as ‘co-translation’ there isn’t a first and second translator, even when the actual praxis has that logic: rather there is a process which is rich, various and shared, toward a finalised translation.

In the after note to his own translation* of Mario Bellatin’s ‘The Large Glass’ David Shook writes that “the translator must remember the translation’s previous life, must rediscover the essence of the original”. I might suggest that good co-translation is often an effective way of achieving such (unending) ends. If we want to we can invoke a ‘good’ Keynesian term ‘division of labour’ or the Sufi sense of positive forgetting: both encompass the collaborative practice/ praxis of co-translation, emphasising that it is something rooted in solid realities while at the same instant allowing the possibility of flight. This in fact may not be any different to ‘one-person’ translation and in a way that is the point: they are variant practices, different methods or versions, but not exclusionary, not incompatible; rather we are all parallel and polyvalent.

Co-translating, like writing, is an act of poetry. There is inevitably much more to say and much that is left unsaid (this essay being compacted from a much longer piece): but at the very least I’d point to co-translation as an act of writing that runs parallel both to poetry and to other means of translation; that can at the same time be essential for the translator-poet to break open the language of his or her own poetry.

“Translation is a vital art / pulsing life blood through the heart”

It’s worth also considering that co-translation is nothing new, probably being as old as poetry itself, and that many Soviet period poets found less censored outlets for their work and a means of earning some living from what we might call ‘co-translation’ (e.g. Boris Pasternak in the USSR or Sándor Weöres in Hungary, to name just two poets from a very long list).

Note also the exemplary and wide-ranging work on co-translation done by Sarah Maguire and her colleagues at the Poetry Translation Centre (London) since 2003, translating work by many poets from Africa, the Middle East, Central and South Asia, and Latin America (i.e. from poetries traditionally less often translated into English) by bringing language experts and well-known UK poets together in programmes of co-translation for live readings and publication. The Centre also organises and hosts workshops involving many translators across languages (and indeed the independent proliferation of such workshops world-wide indicates the growing awareness of and value attributed to various forms of co-translation).

This text was originally published on 12 May 2017 on Free Word Centre‘s website.

Photo of Stephen Watts by Lucinda Douglas-Menzies; part of a portrait series for Spitalfields Life.