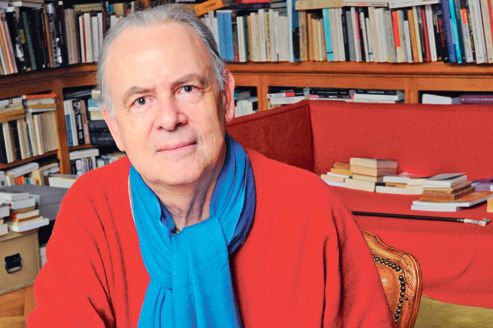 English fans of Nobel Prize winner Patrick Modiano will at last be able to read more of his books. This summer and autumn, some of his main novels will be out in English translation, extending his English language repertoire.

To celebrate this exciting occasion, Institut français prepared a special programme on Modiano. It is co-curated with Bill Swainson and combines talks by Modiano translators and admirers, screenings and readings from his work.

Books will be available for sale in French and English, in partnership with Daunt Books and Librairie La Page.

Patrick Modiano
138 mins, in French with English subtitles
France | 1974 | col | dir. Louis Malle, with Pierre Blaise, Aurore Clément
In 1944, young Lucien Lacombe returns to his parent’s house in rural south-western France and asks his former teacher to join the Résistance. Turned down because of his age, he ends up joining the French Gestapo. He enjoys his new position and power until he falls in love with France Horn, a Jewish girl, and starts to question his allegiance to the Nazis. Written by Louis Malle and Patrick Modiano, Lacombe Lucien won the BAFTA Best Picture Award in 1975.

This special reading group is devoted to Patrick Modiano’s Dans le café de la jeunesse perdue (2007), due to be published in the UK in January 2016 by MacLehose Press, translated by Euan Cameron. It will be run by two Modiano specialists, Alan Morris (University of Glasgow) and Dervila Cooke (Dublin City University). Modiano’s other earlier and later works will be welcome to the discussion.

A multitude of narrators investigate the life of a mysterious lady called Louki. Race through the back streets of Paris and explore the lonely characters through different eyes.

Modiano’s other earlier and later works will be welcome to the discussion.

in English and (easy) French
£5, members £3, including a glass of wine courtesy of Sud de France

Readings by actors David Mildon and Max Berendt will kick off an evening exploring the early, middle and late works of Patrick Modiano, with his UK translators Euan Cameron and Frank Wynne.

The discussion will be chaired by Professor Michael Sheringham (All Souls, Oxford), who will guide the audience through the different time layers of Modiano’s stories : the narrator’s present, the past of Occupied France, and, in between, the fascinating sixties and seventies at the heart of Patrick Modiano’s writing.