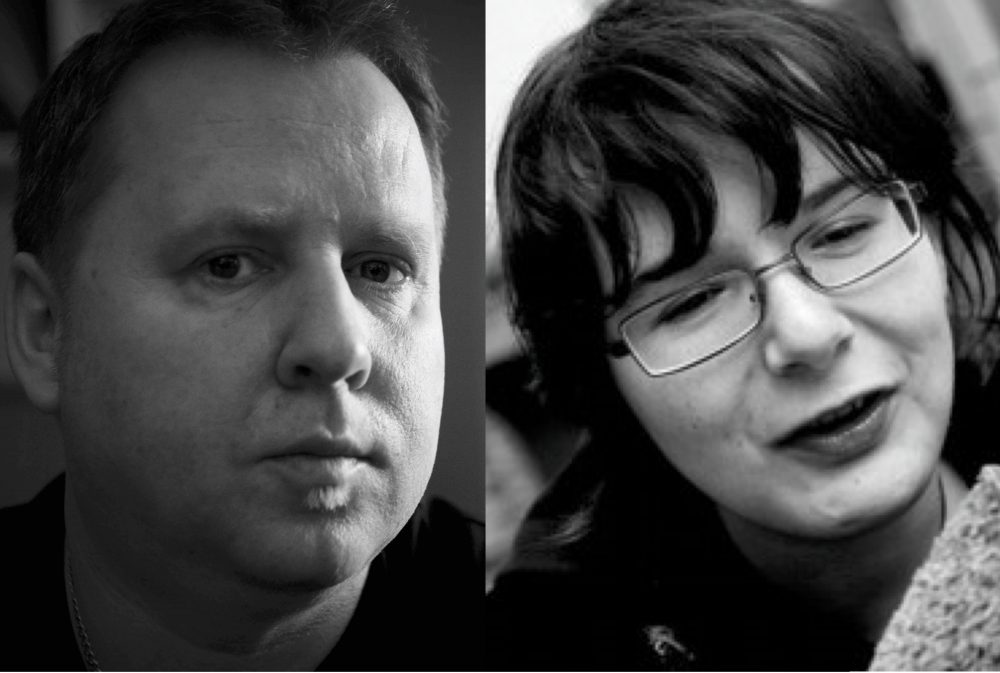 On 17 May 2017 Balla and Ivana Dobrakovová were the first two Slovak authors to board the EurolitNetwork train to fame at Waterstones Piccadilly, with Rosie Goldsmith welcoming them to her growing ‘EuroStar family’ (see pictures from the event here). The two writers came to London and Sheffield to launch their two recent publications, In the Name of the Father and other stories by Balla (Jantar Publications) and Into the Spotlight. New Writing from Slovakia, an anthology (Slavica/Parthian) featuring 16 contemporary Slovak writers, including an extract from Balla’s latest book, The Great Love, and Dobrakovová’s short story “Rosa”.

After a steady trickle of two to three books by Slovak authors published in English annually since the beginning of the millennium, 2017 promises to be a bumper year: three books are out already and at least two more are in the pipeline, as enterprising publishers on both sides of the Atlantic are beginning to uncover the hidden treasures of what has long been, in my view, the best-kept secret in East and Central Europe‘s literature.

Jana Beňová’s European Literature prize-winning short novel Seeing People Off (reviews here and here), published on 19 May, is the first foray into translated fiction for Two Dollar Radio, an independent press in Columbus, Ohio. Their Seattle-based translator, Janet Livingstone, has already started working on another book by Beňová, Honeymoon, due out from the same press in 2018.

After nearly five years of searching for a publisher I was delighted to find a home for Balla’s darkly funny novella In the Name of the Father (which I translated jointly with Peter Sherwood) with Jantar Publications, as the publisher, Michael Tate, has decided it was time to widen his focus from Czech literature to include contemporary fiction from Central and Eastern Europe and beyond. As with all Jantar books, it is gorgeously produced with striking cover art designed by the extremely talented Jack Coling. Rosie Goldsmith loves it (read her #RivetingReview here) and so, we hope, will all readers! An audiobook of In the Name of the Father is coming out in July.

Meanwhile in the US, Slovak-born doctoral student Magdalena Mullek persuaded Indiana University’s Slavica Press to introduce the best of contemporary Slovak writing to Anglophone readers and invited me to work with her on the anthology Into the Spotlight, which appeared under Slavica’s Three Strings imprint. Together we chose authors who we believe represent the range of generations and styles that make up the contemporary Slovak literary scene, with seven women authors reflecting the strong presence of women. Magdalena translated half the stories while Peter and I tackled the other half.

The illustrations are the work of the young Slovak artist Ivana Šáteková. So is the cover art, an ironic take on the image of a rural Slovakia steeped in the past, which formed part of a recent exhibition in Bratislava of her hard-hitting embroideries and guaches that parody some of the culture’s misogynist and xenophobic folk customs and sayings.

Lucia Gardin, a Slovak-Italian photographer to the stars of the Venice film festival, provided most of the authors‘ photographs in the anthology, chosen from her growing portfolio of portraits of Slovak writers. The portfolio was commissioned by the Slovak Centre for Information on Literature (LIC), the institution responsible for promoting the country’s literature abroad, whose generous funding has enabled the US and UK publishers to venture into the risky business of publishing Slovak writers.

However, we couldn’t have presented Into the Spotlight in London and Sheffield in May in the UK, if it hadn’t been bought by Cardiff-based Parthian Books, fast becoming the prime publishing champion of Slovak literature in the UK: after Peter Krištúfek’s House of the Deaf Man (2014) and Uršuľa Kovalyk’s The Equestrienne (2016), and Eleni Cay’s forthcoming poetry collection A Butterfly’s Tremblings in the Digital Age (trans. John Minahane) due to be released by Parthian in July.

Zuzana Cigánová and Michal Hvorecký, two more of the 16 writers featured in the anthology, will launch the anthology in the US this October and hopefully will be received as warmly as Balla and Dobrakovová were at their launch event at Waterstones. The audience loved hearing the short extracts in Slovak and some longer English excerpts read by Rosie Goldsmith and Max Easterman (both former BBC broadcasters as well as champions of European Literature in the UK). Bursts of laughter met the two writers’ responses after the readings when Rosie probed them on the links between their lives and work.

Ivana Dobrakovová, writer and translator based in Italy has published two collections of short stories and a novel, Bellevue and has brought Elena Ferrante’s Neapolitan saga to Slovak readers. 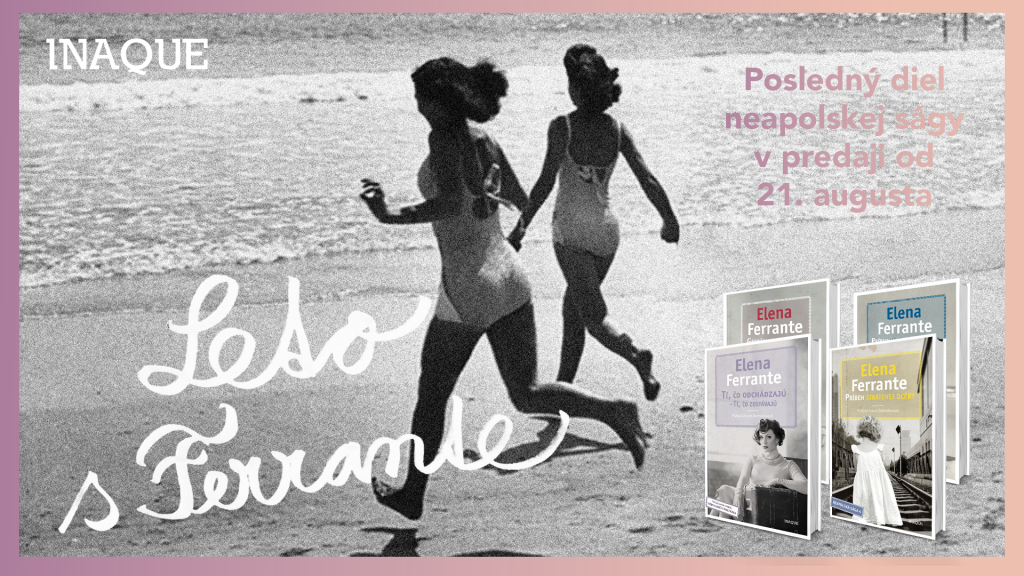 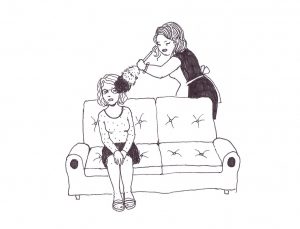 Dobrakovová explained that the main character in her short story “Rosa” was partly based on a real person who used to clean her house and was incapable of remembering Ivana’s name. As someone who can’t even spell the word aspirapolvere – the Italian for “vacuum cleaner” – she is completely unaware that she has inspired Dobrakovová’s most translated work.

An acclaimed author with ten books (translated into several languages) under his belt, Balla has nevertheless not given up his day job in a government office in his hometown of Nové Zámky, far from the literary hustle and bustle of Bratislava. “Doing the same job for 27 years is bearable because it changes completely every four years,” he told Rosie, while in the introduction to one of his works he admitted: “I do worry about people who like my writing. Because there’s usually something wrong with them. On the other hand, I cannot imagine life being even slightly agreeable without people who have something wrong with them, and that’s why I’m doing what I’ve been doing right from the start. I’ve been writing to appeal precisely to those people who share my strange perception of life, and this helps create the kind of community that is able to survive in a world that feels quite alien to them.”

And to whet your appetite for more Balla, I leave you with an excerpt from The Great Love (due to be published by Jantar next year):

So he combined the caricature of the face with a caricature of the voice and in this way he often managed to pull off the caricature of a performance on stage. But the audience was real and quite reasonably expected a real experience. His disfigured appearance and disfigured utterances were automatically accompanied by disfigured opinions, fractured syntax, disjointed sentences—smoke is still rising from the wreckage—logic has suffered a major head-on collision—the fire brigade in the audience is deploying specialized equipment to rescue fragments of meaning and sense from the smashed-up wreck of his speech. A single accidentally uttered word—in these situations he only ever uttered words accidentally—was enough to conjure up memories. All of a sudden he would freeze and become catatonic, convinced that he would never be able to move again, that he’d never escape from this accursed place because an accidentally uttered word amidst the wreckage of an unfinished sentence would prevent any further verbal means of expression; with his eyes popping he would try to mumble something but couldn’t even bring himself to repeat the wretched word that had unleashed the stream of memories, so he would just sit there with bulging eyes, saying nothing, and the audience sat there with bulging eyes, whispering, while he was overwhelmed by the memory inside his head, some detail to do with Laura; or maybe he recalled the curse Diana had put on him one night ten years ago, to cut a long story short, it was something in his memory that had turned toxic, as if his brain excreted some acid that dissolved memories into the disgusting glop now filling his head, and the glop paralyzed him, in extreme cases forcing him to seek God or some other kind of salvation, and the next day the papers would report that this was yet another awkward discussion with a very awkward writer.