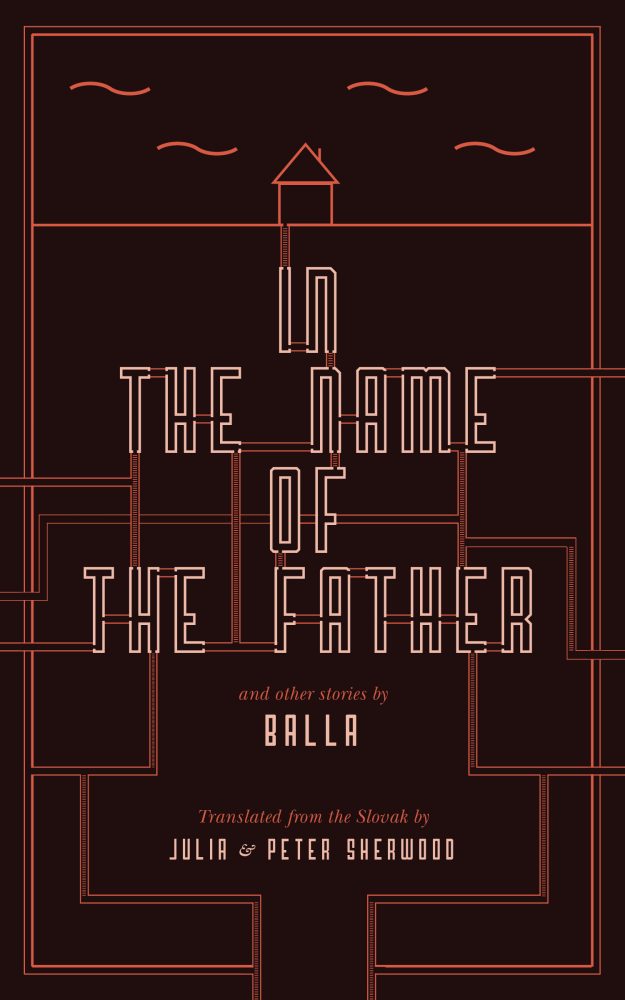 Slovak Euro Stars: IN THE NAME OF THE FATHER by Balla

Rosie Goldsmith, Journalist and Director of the European Literature Network

“Reading Balla is like getting on a roller coaster and behaving in an age-appropriate manner: you never know what’s coming, you scream and shout, now in fear, now in joy”

The narrator of Balla’s novella, a nameless retired worker in a hardware store, reflects on his life, looking for someone else to blame for his failed relationship with his parents and two sons, his serial adultery, the breakup of his marriage and his wife’s descent into madness. Against the backdrop of the stiflingly grey provincial lives that the narrator and his neighbours live, he is completely oblivious to “the thing” growing in the cellar of the house he and his brother have built.