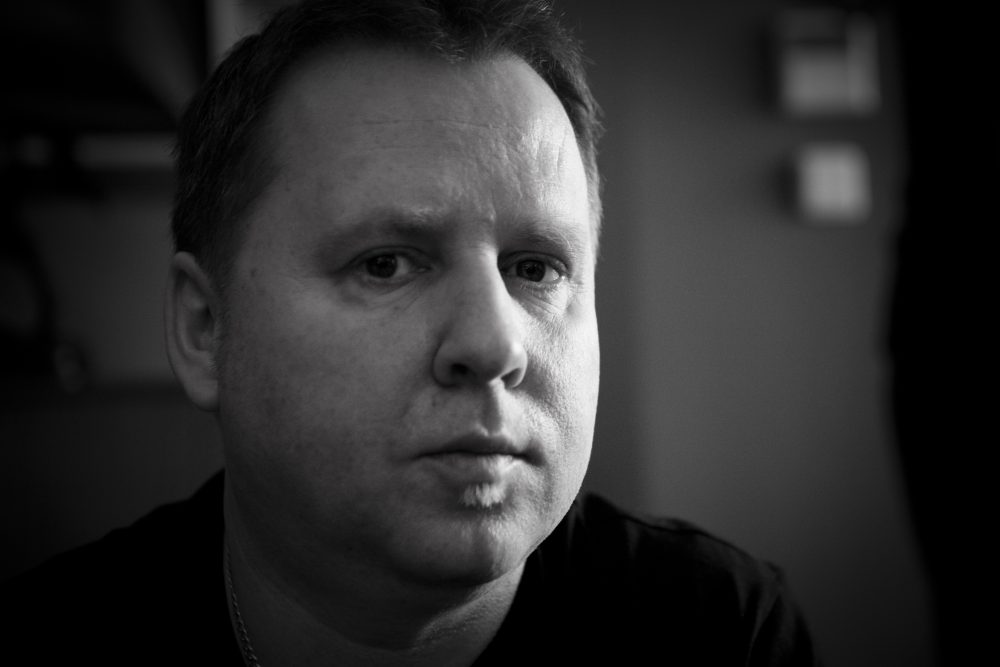 Balla, who goes only by his surname has a day job in the local council’s audit office in Nové Zámky, a provincial town in southern Slovakia. Since his first short story collection, Leptokaria (1996), he has published nine more books, mostly of short fiction, the latest being the novella Veľká láska (“The Great Love”, 2015). Balla’s works have been translated into Czech, German, English, Hungarian, Polish, Slovene and Serbian. His novella V mene otca (“In the Name of the Father”, 2012; Jantar Publishing, 2017) was voted Book of the Year by the Slovak daily SME in 2012 when it also won the Anasoft Litera Prize and the Tatrabanka Foundation Art Prize for literature.

Balla will appear during the Slovak Euro Stars on 17 May at Waterstones Piccadilly, together with Ivana Dobrakovová and Julia Sherwood. The event will be chaired by Rosie Goldsmith. Balla’s latest book in English, In the Name of the Father (Jantar, 2017) will be launched on the day, as will be the anthology of Slovak writing,  Into the Spotlight: New Writing from Slovakia (Parthian Books, 2017).