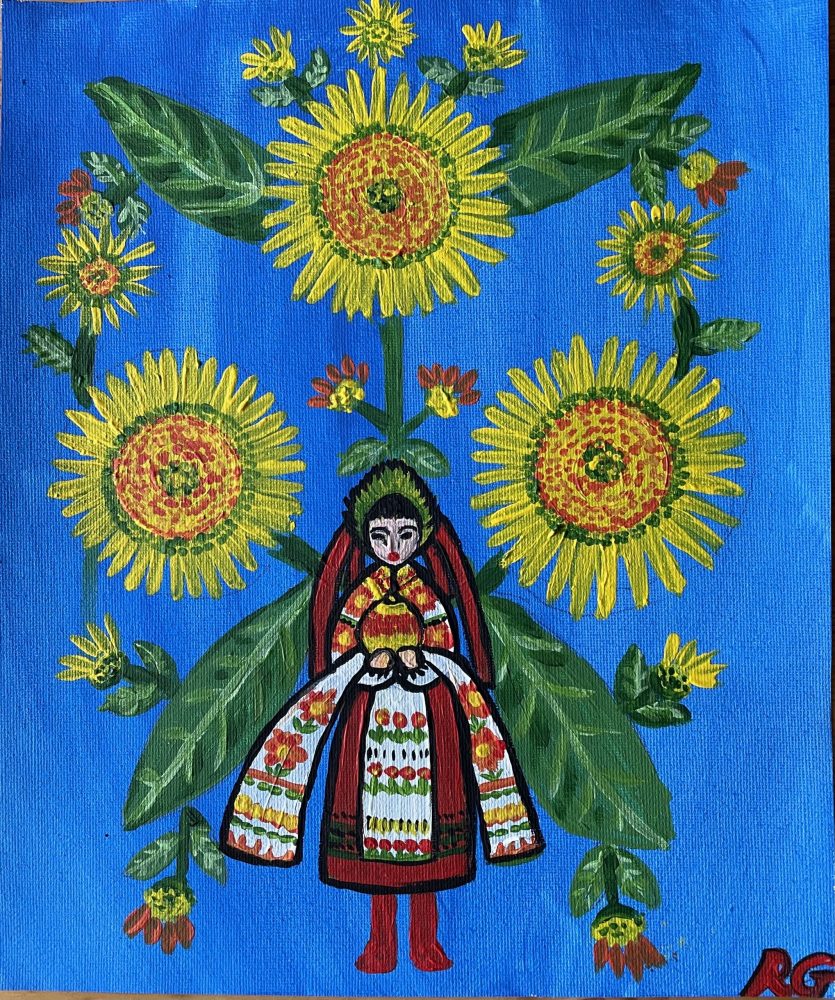 This month, we are including a special section on Ukraine. Many people are shocked and angry, but also genuinely mystified as to how and why Vladimir Putin has reached the point of launching such a violent and bloody war on the country and its people. Why is this ‘special military operation’ supposed to ‘denazify’ Ukraine? What in Ukraine’s turbulent past has led to that charge?

The relationship between Russia and Ukraine has long been a stormy one: the name essentially means ‘borderland’ or ‘outskirts’, and that is how Russia has long viewed it – the ‘edge’ of the Empire but inextricably part of it. I visited the country many times as a BBC reporter and have crystal clear memories of my experiences there. My first BBC trip was during the early days of perestroika, when the first signs of Ukrainian national sentiment were emerging and the blue-and-yellow flag was being waved in the streets. In an interview with Leonid Kravchuk, the then Second Secretary of the Ukrainian Communist Party, he forcefully proclaimed that the ‘blue-and-yellow’ was the flag of the fascist Petliura regime – the short-lived Ukrainian People’s Republic that followed the collapse of the Russian Empire in 1918, when ‘Slava Ukraini’ was a rallying cry – and would never officially fly in modern Ukraine. A year later, after the failed Soviet coup, Kravchuk was President of independent Ukraine with the blue-and-yellow proudly flying on buildings everywhere. Stalin had never forgiven Ukraine for Petliura and deliberately allowed 4.5 million Ukrainians to die in the famine of the 1930s; no doubt Kravchuk’s volte face is regarded by Putin as just another proof of Ukrainian treachery.

Several years later, I was back in Ukraine for the BBC, reporting on another aspect of the country’s history – its Jewish history as home for nearly a millennium to one of the largest and most vibrant Jewish communities in Europe. In the Kyiv synagogue, I met an elderly man, whose voice and demeanour was a poignant reminder of my own Jewish father. He came to the synagogue for a free lunch, he explained, always after he had visited Babyn Yar, the ravine in Kyiv where the Germans had massacred Jews in 1941 and which was hit by a Russian missile early in this current war. His wife was one of the victims and he would recite El Maleh Rachamim – the Prayer for the Dead – in her memory. He was proud of the Jewish tradition in Ukraine and wanted nothing to do with the American Jews from New York, who were visiting the synagogue and urging people to abandon the Yiddish language, learn Hebrew and emigrate to Israel. He urged me to visit the Yiddish Library in Kyiv. I did and looked at beautiful editions of the works of Sholem Aleichem, one of the greatest writers in Yiddish: he was born near Kyiv but fled the Russian anti-Jewish pogroms in 1906. He believed that Yiddish was the real Jewish language and should have the same status as other European languages. The Librarian agreed with him; I remarked that, as well as Yiddish, she spoke excellent English: “Why wouldn’t I?”, she retorted. “Jews are everywhere, we’re Ukrainian, Russian, French, we’re all Europeans … me, I’m from Sheffield.” We are all Europeans … just so!

So, to help you make sense of the senseless war currently ravaging Europe and all Europeans, one of our regular contributors, Fiona Graham, offers you a carefully compiled list of material, ranging from reportage through memoir and fiction to recent histories of Ukraine. You will surely find more than one way to fill the gaps in your knowledge amongst her expert selection.

Four years ago, one of our finest travel writers in the UK, Rory MacLean, visited St Petersburg, the birthplace of Vladimir Putin, when he was researching his book Pravda Ha-Ha: Truth, Lies and the End of Europe. He has kindly given us permission to reprint an extract, in which he analyses Putin, his background, growing-up and career – and shows just why he is how he is and has done what he did. It is a fascinating but disturbing read.

On the literary front, you will find four Ukrainian poems in Poetry Travels (Iryna Vikyrchak, Ludmila Khersonsky, Serhiy Zhadan and Yuri Andrukhovych) and a riveting interview with the Ukrainian author Oksana Zabuzhko by Rosie Goldsmith, who has also contributed her versions of two paintings by the Ukrainian naïve artist Maria Prymachenko. A Ukrainian feast. Enjoy!