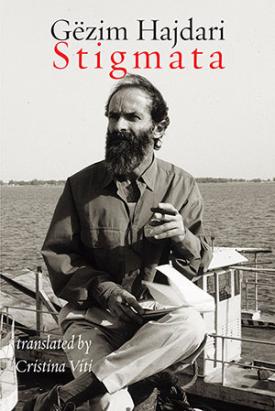 Gëzim Hajdari (b. 1957) was born in Lushnja, Albania, but has lived in Frosinone, Italy, since 1992, initially in the ruins of an abandoned building, but now in an apartment that he was awarded by the town council after he was awarded the prestigious Montale Prize. He writes in both Albanian and Italian, but is perhaps more recognised in his adopted country than in his native land. Stigmate / Vragë appeared in a bilingual edition in 2002 and here receives its first complete English translation (by Cristina Viti). “My identity is Gëzim, my body is my fatherland,” says the author.
Ian Seed: The prose poems in Identity Papers seek to construct a living bridge between the self and its shadow, between the self and other, and between present and past. They do so with a vulnerable faith, working with Heidegger’s dictum that all things must be allowed their time in darkness. Along the way, their narrators meet a series of disturbing, irresistible strangers. Identity Papers follows on from Makers of Empty Dreams (Shearsman, 2014). It is the second volume in a trilogy of prose poem collections.

“Ian Seed is our most brilliant exponent of that most unBritish of genres, the prose poem. Hilarious and unsettling, his beautifully controlled micro-narratives genially induct us into a world that soon turns out to be as dangerous as it is magical. His work should really come with some kind of health warning, for these poems are not only intoxicating—they are addictive.” —Mark Ford