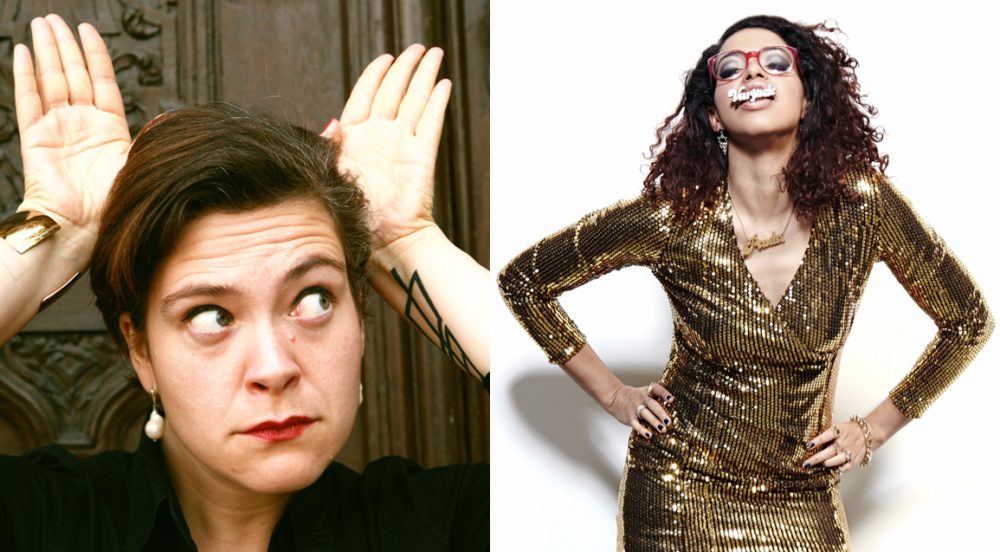 A high-octane night of poetry and performanceYou either love them or you hate them, but there’s no getting round the love poem. Join us for a high-octane night of poetry and performance with German and Swiss poet Nora Gomringer, where we ask whether love is a feeling, a fancy or a foible. Gomringer’s surreal but clear-sighted poetry presents a refreshing perspective on sex and relationships and her musings on families and couples often explore the latter’s inherent fault lines, while also offering a wider understanding of what love can mean: from self-love to an intense admiration to those writers who’ve gone before.

Appearing in conversation with her translator Annie Rutherford and fellow poet and performer Paula Varjack, Gomringer discusses her multi-medial and collaborative work, as well as casting a wry but warm eye over that adored and loathed beast: the love poem.

Nora Gomringer is arguably the best known and loved German-language poet of her generation. Her work appeared in English for the first time in 2018 with the collection Hydra’s Heads (translated by Annie Rutherford), which presents a cross-section of this versatile poet’s oeuvre—from slam-style texts to minimalist poems. The daughter of celebrated concrete poet Eugen Gomringer, Nora Gomringer emerged from Germany’s young spoken word scene, and her work interweaves the most exciting elements of page and performance poetry to create something entirely her own.

Annie Rutherford makes things with words, and champions poetry and translated literature in all its guises. She has divided her adult life between Germany and Scotland, and is Programme Co-ordinator for StAnza, Scotland’s international poetry festival, as well as a freelance translator. She co-founded Goettingen’s Poetree festival and edited the literary magazine Far Off Places. Hydra’s Heads, her translation of the selected poems of Nora Gomringer, appeared with Burning Eye Books in 2018.

Paula Varjack is a writer, filmmaker and performance maker. Her work explores identity, the unsaid, and making the invisible visible. She enjoys working across and combining disciplines, from spoken word to documentary, and has performed at numerous arts festivals and cultural spaces including Glastonbury Festival and the Victoria & Albert Museum. She is the creator of the Anti-Slam, a satirical take on poetry slams where the lowest score wins, and her spoken word show, Show Me The Money, explored the reality of making a living as an artist in the UK.

Supported by Pro Helvetia, the Swiss Arts Council and the Goethe-Institut