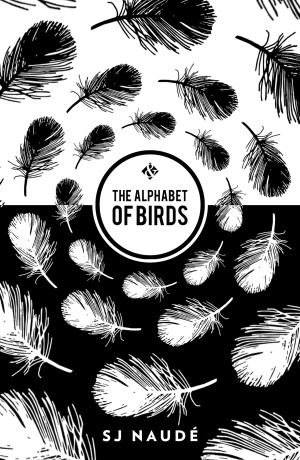 As part of London Short Story Festival, S J Naudé, author of ‘The Alphabet of Birds’ published by And Other Stories, which won multiple awards including the South African Literary Award, will share his experiences of translating his début story collection from Afrikaans into English with Stefan Tobler, publisher at And Other Stories. Learn how recent changes in the usage of Afrikaans in South Africa impacted the writing process and the act of translation.

SJ Naudé grew up in South Africa, where he studied law. After practising law in New York and London for many years, he returned to South Africa for a master’s degree in creative writing. The Afrikaans edition of ‘The Alphabet of Birds’ has won several prizes including the University of Johannesburg Debut Prize and a South African Literary Award. He was awarded the 2014 Jan Rabie & Marjorie Wallace Writing Scholarship, the largest award for creative writing in South Africa. Naudé currently lives in Cape Town. ‘The Alphabet of Birds’ is published in the UK by And Other Stories.

Stefan Tobler is the publisher at And Other Stories, one of the most successful new publishing houses for contemporary writing. Its titles include Deborah Levy’s Booker shortlisted ‘Swimming Home’ and Frank O’Connor Short Story Award shortlisted ‘Black Vodka’; the Guardian First Book and Oxford-Weidenfeld shortlisted ‘Down the Rabbit Hole’ by Juan Pablo Villalobos and the Wodehouse Prize shortlisted ‘Lightning Rods’ by Helen DeWitt. He founded the publishing house in the belief that with the grassroots support of subscribers and readers, great titles can be published that might not be possible otherwise. He is also a literary translator from Portuguese and German. Recent translations include Rodrigo de Souza Leão’s ‘All Dogs are Blue’, ‘Água Viva’ by Clarice Lispector and ‘A Cup of Rage’ by Raduan Nassar.