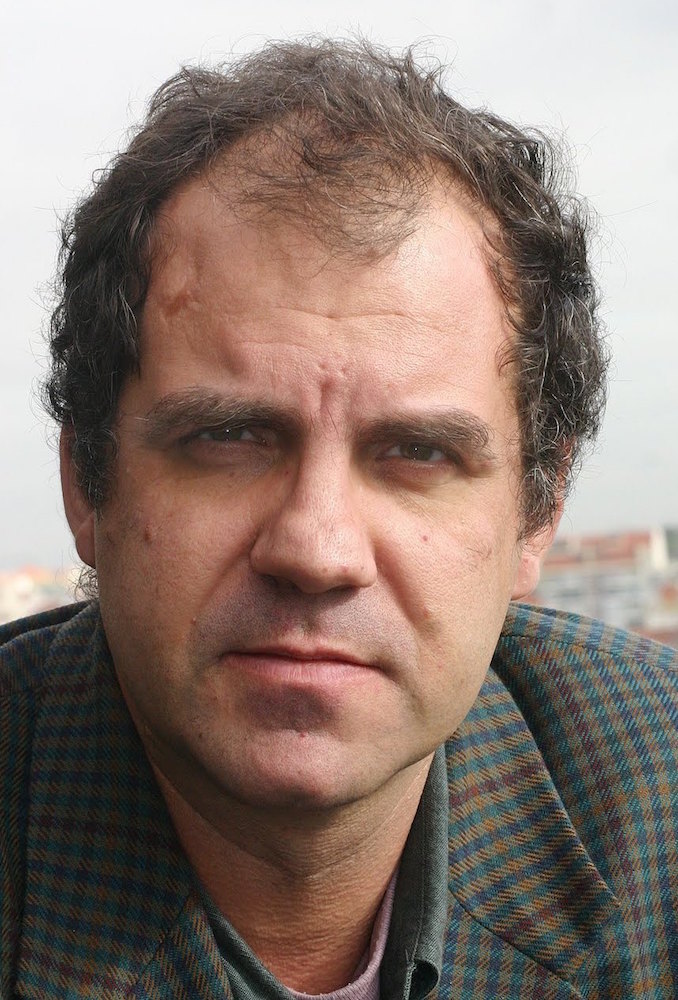 Rui Zink in conversation with Rosie Goldsmith and Ricardo Marques

18:35 – Talk with the author and readings in Portuguese and English

Rui Zink (1961) is the author of several books, including the first Portuguese graphic novel, A Arte Suprema (1997), and Os Surfistas (2001), the first e-book in Portuguese language. He has seen his work recognized with the novel Dádiva Divina, awarded with Portugal’s prestigious Pen Club Award in 2005.

He published his first book in 1986, Hotel Lusitano, hailed 25 years later as one of the best novels of his generation with a celebratory edition. The short-story O bicho da escrita was shortlisted for the Pushcart Prize.

Aside from being a novelist, he is a playwright, writes comic strips, and frequently creates librettos for operas. As a translator he has brought into Portuguese, among others, Saul Bellow and Richard Zenith. His own work is translated into French, German, Hebrew, Italian, Romanian, Serbo-Croatian and Japanese. His latest books are the novel OssO (released in October) and Que aventura ser Matilde, a children’s book about Pitt Hopkins syndrome.