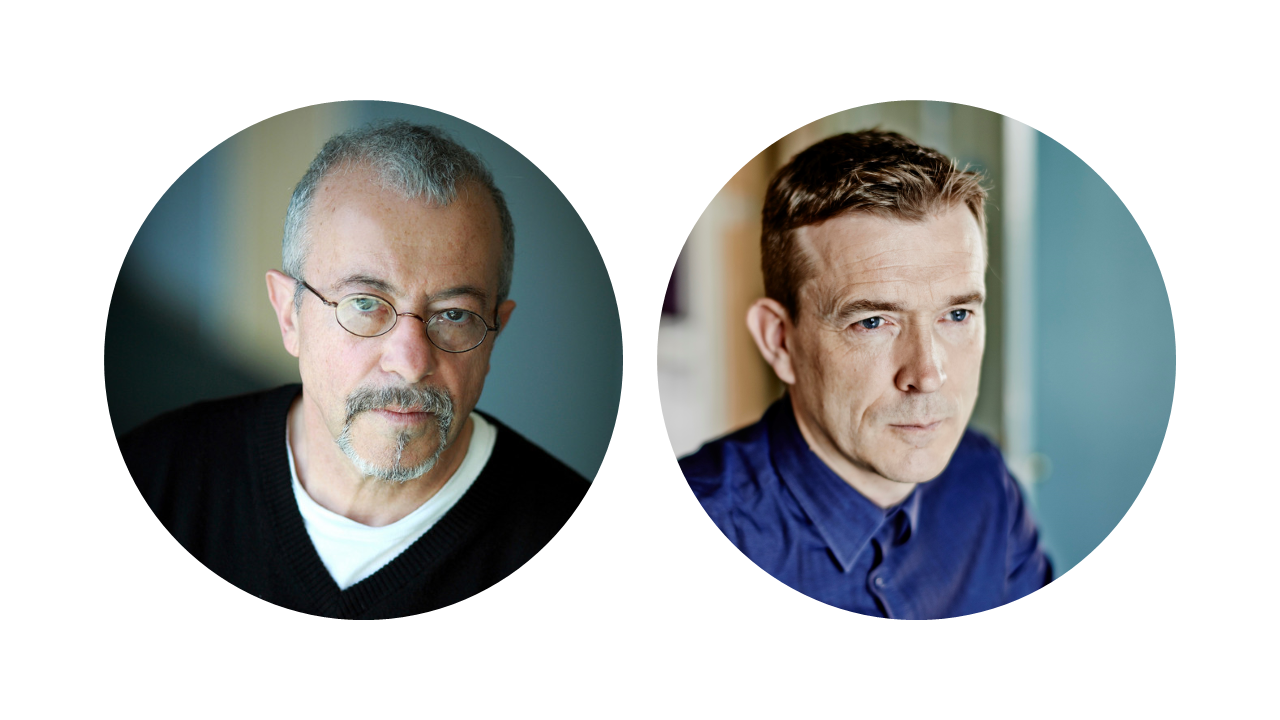 In this discussion, Rosie Goldsmith brought together Andrei Codrescu and David Mitchell. Codrescu set the tone for the conversation by tuning in from Brooklyn, a place of importance to his literary background: he left Romania at age 19 and ended up in New York City without speaking a word of English. There he quickly fell in with the Beat crowd, and now regaled us with memories of the 60s in America and the literary figures he encountered and befriended (most notably Allen Ginsberg). David Mitchell raised the question of what the 60s meant for humanity’s progress: the two authors agreed on the positive revolutionary aspect of the era, when LGBT, disability, and immigrant rights became something to consider. They also spoke of multilingualism and writing in a second language: interestingly, David Mitchell discussed the language of his fiction and the futuristic elvish language he crafted. They spoke of being culturally labeled, of the Romanian Revolution and its aftermath, of translation, dreams,  and the future of our society after this troubled present. ‘There was a pre-pandemic literature and there will be a new way to do art after this,’ remarked Codrescu. Mitchell noted: ‘Suddenly we have no excuse: suddenly we’re all free. So I think in the next five years we will see the result of cross-germination that is happening now.’ Both authors read from their work.