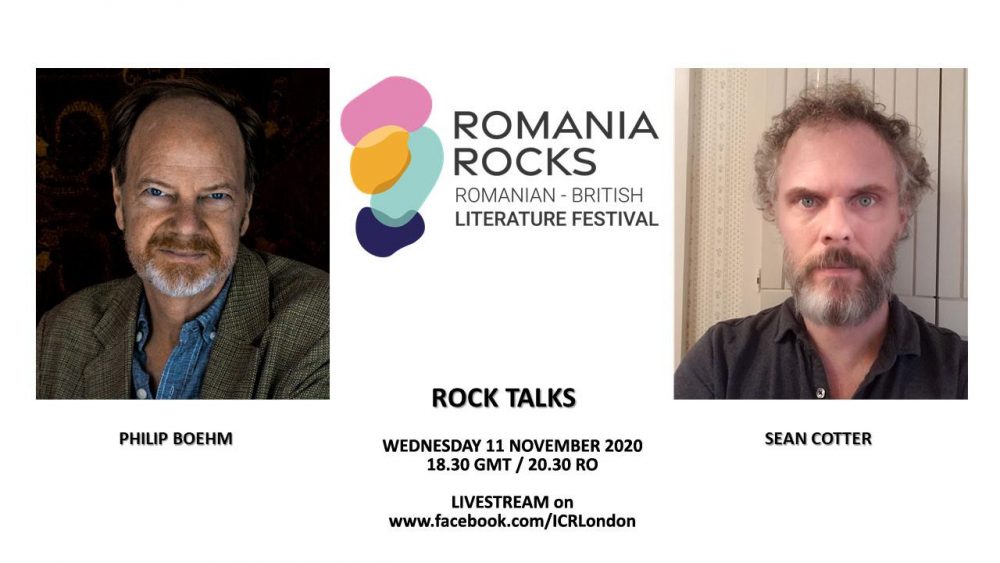 Two internationally renowned translators meet to discuss their lives and work, and how they approach translating some of Romania’s most famous authors, such as Herta Müller and Mircea Cărtărescu. Hosted by Rosie Goldsmith & Gabriela Mocan.

Philip Boehm’s career zigzags across languages and borders, artistic disciplines and cultural divides. He is the author of more than thirty translations of prose works and plays by German and Polish writers, including Herta Müller, Franz Kafka, and Hanna Krall. For his work as a translator he has received numerous awards. As a director fluent in several languages he has staged plays in Poland, Slovakia, and the US. His most frequent venue is Upstream Theater in St. Louis, which he founded in 2004. Since then the company has produced dozens of works—mostly US premieres—from nearly twenty different countries. Mr. Boehm’s plays have been seen in Atlanta, Houston, Sacramento, St. Louis and Banská Bystrica, Slovakia, and include Mixtitlan, Soul of a Clone, The Death of Atahualpa and Return of the Bedbug—a modern fantasia on Mayakovsky’s 1928 satire—as well as adaptations of Büchner’s Woyzeck and Kazimierz Moczarski’s Conversations with an Executioner. For his dramatic work Mr. Boehm has received support from the Mexican-American Fund for Culture as well as the National Endowment for the Arts.

“I am continually struck by new overlaps between staging drama and translating prose. In both cases I first listen to the original voice or voices before attempting any re-creation, and my experience working with actors has taught me the importance of keeping a text alive, and of preserving its energy as it travels from one culture to another, whether on the page or in the theater.”

Sean Cotter is an award-winning translator of Romanian literature and a scholar specializing in translation, comparison, and modernism. Winner of the Best Translated Book Award and a National Endowment for the Arts Translation Grant, his recent translations include: Mircea Cărtărescu’s Blinding (Archipelago Books, 2013), T. O. Bobe’s Curl (Wakefield, 2019), and Magda Cârneci’s FEM (Deep Vellum, forthcoming 2021). His study, Literary Translation and the Idea of a Minor Romania, won the Society for Romanian Studies Biennial Book Prize. He is Professor of Literature and Translation Studies at the University of Texas at Dallas.