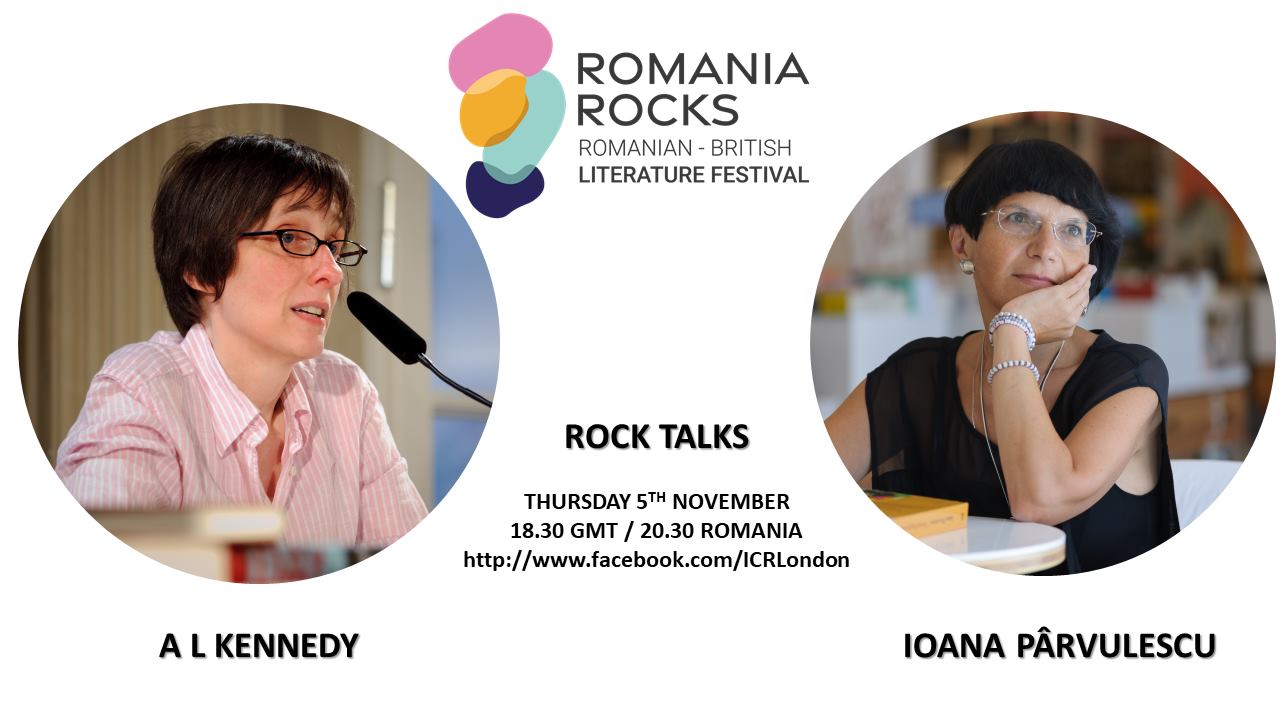 Two wonderful women, both novelists and poets, both with a great sense of humour, meet and talk for the first time. Hosted by Rosie Goldsmith.

AL Kennedy is a Scottish writer, academic, broadcaster, and stand-up comedian. She writes novels, short stories and non-fiction and is known for her dark tone, satire, blending of realism and fantasy and precise, often experimental writing, stressing ‘humanity’ and ‘love’ as her themes.

She wrote the screenplay to the BFI/Channel 4 film Stella Does Tricks, released in 1998. In 2015 she wrote an episode for Doctor Who, entitled ‘The Drosten’s Curse’. She has written three children’s books.

She has won a variety of UK and international book awards, including a Lannan Award, the Costa Prize, The Heinrich Heine Preis, the Somerset Maugham Award and the John Llewellyn Rees Prize. She was twice named one of Granta magazine’s 20 ‘Best of Young British Novelists’.

Ioana Pârvulescu is a Romanian novelist, essayist and poet. She was awarded the European Union Prize for Literature for her book Life Begins on Friday, translated by Alistair Ian Blyth for Istros Books (2016). She is a Professor of Modern Literature at the Faculty of Letters at the University of Bucharest. She has coordinated the Cartea de pe noptieră series/Bedside Book at Humanitas Publishing House, has worked as an editor at the literary journal România literară, and has translated from French and German (Maurice Nadeau, Angelus Silesius, Rainer Maria Rilke, Milan Kundera, Saint-Exupéry, and Asterix by René Goscinnym, and Albert Uderzo) into Romanian.

She published several bestselling books about everyday life in the 19th century, between the two World Wars, and during communism. In 2018 she published a book about the prayers of certain literary characters from world literature, Dialoguri secrete/Secret Dialogues.

Read an extract of her work on Translation Café.