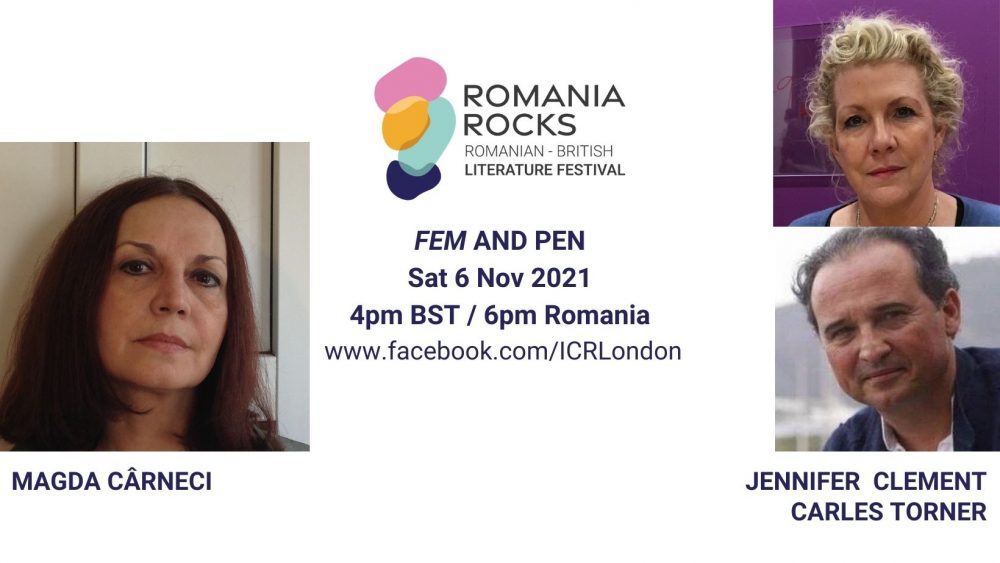 A prerecorded discussion about the novel FEM with its author and member of PEN Romania Magda Cârneci, and two members of PEN International Jennifer Clement and Carles Torner.

Magda Cârneci is a poet, art essayist and prose writer. After the revolution of December 1989, Cârneci became actively involved in the political and cultural scene in Romania. Awarded a Ph.D. in art history in Paris in 1997, she was director of the Romanian Cultural Institute in Paris and until recently was president of PEN Romania and a member of the European Cultural Parliament.

Jennifer Clement is an American-Mexican author. In 2015, she was elected as the first woman president of PEN International. Under her leadership the groundbreaking PEN International Women’s Manifesto and The Democracy of the Imagination Manifesto were created. She also served as President of PEN Mexico from 2009 to 2012. Her books have been translated into 30 languages. Clement is the author of four novels: Gun Love, Prayers for the Stolen, A True Story Based on Lies and The Poison That Fascinates. She also wrote the cult classic memoir Widow Basquiat and has published several volumes of poetry including The Next Stranger with an introduction by W. S. Merwin.

Carles Torner is Centenary Director at PEN International, poet and writer. He has a PhD from the Paris VIII University and has chaired the Committee for Translation and Linguistic Rights of International PEN (1994-2004).