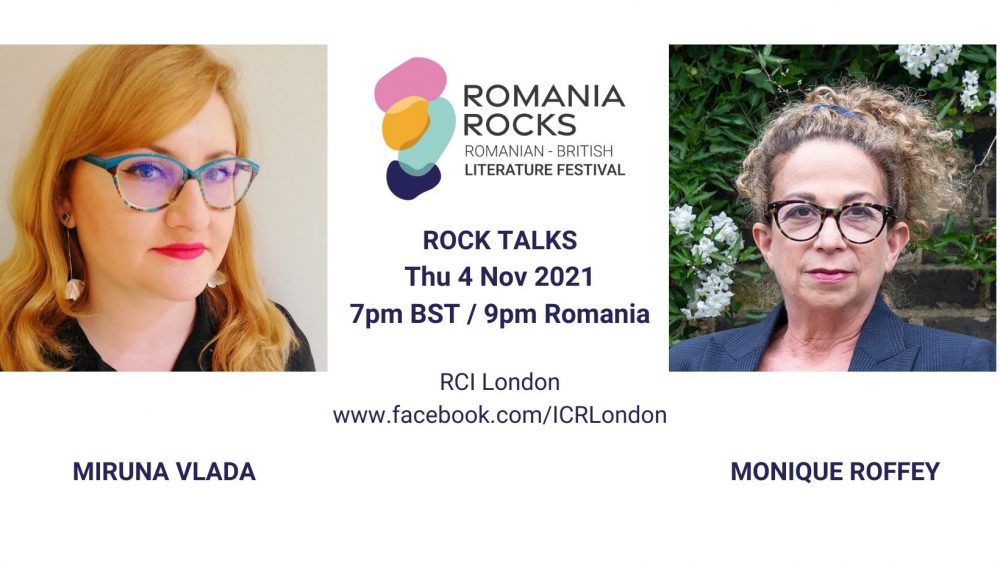 Monique Roffey is an award winning Trinidadian-born British writer of novels, essays, literary journalism and a memoir. Her most recent novel, The Mermaid of Black Conch, won the Costa Book of the Year Award, 2020 and was nominated and shortlisted for several literary awards. Her other Caribbean novels, The White Woman on the Green Bicycle and House of Ashes, have also been nominated for several major awards. Archipelago won the OCM Bocas Award for Caribbean Literature in 2013. Her work has been translated into several languages and adapted for screen. She is a co-founder of Writers Rebel within Extinction Rebellion. She also is a Senior Lecturer at Manchester Metropolitan University.

Miruna Vlada is a young poet and political scientist specialised in European and Balkan studies, born in 1986. She has published 4 collections of poetry: Poemextrauterine (Ectopic poems; 2004), Pauza dintre vene (The break between the veins; 2007) Bosnia. Partaj (Bosnia. Separation; 2014) and Prematur (2021). Selections from her poems have been included in several anthologies, such as The Vanishing Point That Whistles, an Anthology of Contemporary Romanian Poetry translated and edited by Paul Doru Mugur, Adam J. Sorkin, and Claudia Serea (Talisman House Publishing, 2011) and translated into 12 languages. She is a member of the board of directors of PEN Club Romania.