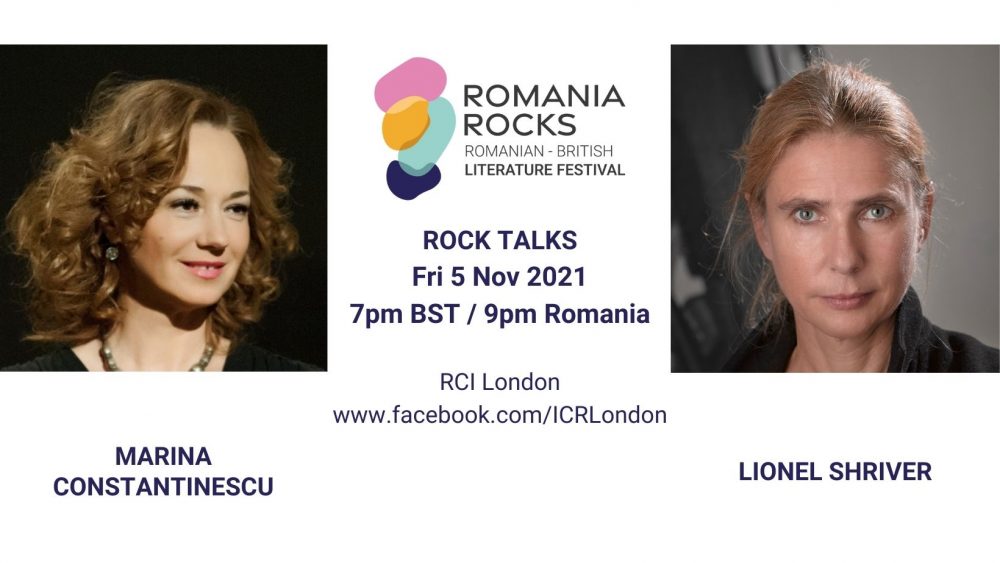 The best-selling author of We Need to Talk About Kevin talks to Romanian journalist and theatre and film critic. Hosted by Georgina Godwin.

Lionel Shriver is an American novelist, short story writer and journalist who has lived much of her adult life in the UK. She is an outstanding, prolific, popular and provocative writer, author of fifteen novels, including the National Book Award finalist So Much for That, the New York Times bestseller The Post-Birthday World, and the international bestseller We Need to Talk About Kevin (2003). Her journalism has appeared in the Guardian, New York Times, the Wall Street Journal and many other publications. She is a columnist for The Spectator magazine. Her latest 2021 novel is entitled Should We Stay or Should We Go?

Marina Constantinescu is a renowned Romanian theatre and film critic. She has published two books of cultural criticism, Danaids – the history of a show and Once Upon a Time in Romania. She is a founding member of the first independent theatre in Romania, as well as a founding member of the Sibiu International Theatre Festival. For 4 years, she was visiting professor at the Theatre Academy of Limoges. Her career in television started in 2000. She became producer and presenter of the famous arts show Nocturne in 2001, which she still runs and hosts. She has written widely for specialist publications about the phenomenon of drama in Central and Eastern Europe, its challenges and complexity.

Georgina Godwin is an independent broadcast journalist and presenter now living in London. Born and raised in Zimbabwe and known as an Africa specialist, she started her broadcasting and journalism career in Zimbabwe. A regular chair of literary events in the UK and round the world, she is Books Editor for Monocle 24 and presenter of Monocle Radio’s in-depth interview show “Meet the Writers”. She’s also a Trustee of English PEN.

* Our sincere apologies but due to WiFi issues during the filming of this event we are unable to share the recording.