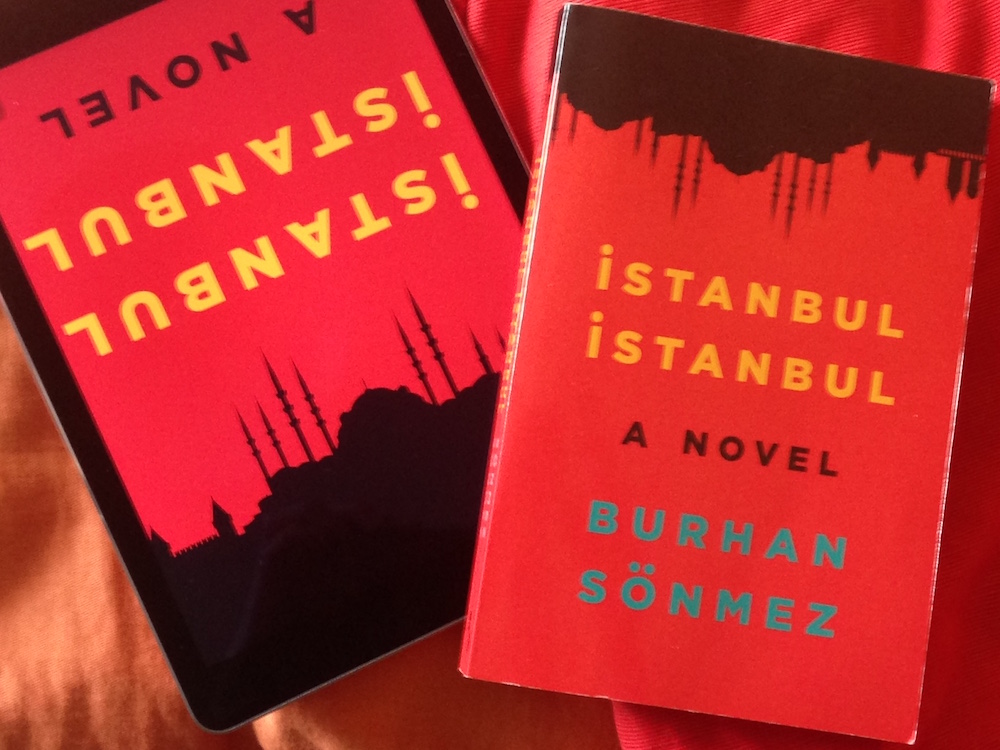 A brief synopsis of Istanbul Istanbul, Turkish writer Burhan Sönmez’s third novel, suggests a book about claustrophobia, terror and pain. Four men are confined in a windowless cell in a prison they believe is located somewhere below the streets of contemporary Istanbul. Periodically they are removed from the cell to be tortured, returning battered half to death, to be cared for by their cellmates. Outside of the cell, the only other scenes are the corridor with its iron gate through which the inmates pass on their way to their regular torments; and the view of the cell opposite, which houses a young woman, who is tortured with equal severity.

Istanbul Istanbul, however, is also full of light, colour, joy and freedom. This is because the four men spend their time telling each other – and themselves – stories. Tales which pluck them from the confines of their dungeon, from the implication that only death awaits them, and from the immediacy of torture. The result is a deeply moving study of the relationship between pain and the human imagination.

The novel is divided into ten chapters – each representing a day in the cell, each narrated by one of the inmates and each chapter beginning with that inmate’s story for the day. This might be a fairy tale – featuring wolves, or a princess escaped from a harem; or it could be a bawdy tale about nuns. Or it could be something contemporary, discussing the comings and goings of the world in the Istanbul above the prisoners’ heads.

If this sounds familiar, it’s because Sönmez has chosen as his loose model Boccaccio’s Decameron. Both the model and this looseness are acknowledged by the Doctor, who describes, with questionable accuracy, the structure of Boccaccio’s medieval story-cycle. Where the Doctor is correct, however, is in his characterization of the motivation of Boccaccio’s storytellers: “If the route to escaping death was to flee the city, the route to passing time was to converse.”

Storytelling is also the escape route from death for the four inmates. And just as the tales in the Decameron in no way touch on the Black Death with which Florence is afflicted, so none of the stories the inmates tell each other discuss the reasons they have been imprisoned. In fact, when one of them, Kalo the Barber, seems to be straying into revelatory territory, he is quickly brought back into an imaginative, rather than a confessional space.

Where Istanbul Istanbul differs from the Decameron, though, is in its modernism – its concern with subjectivity. Boccaccio’s narrators are simply voices, while Sönmez’s have individual consciousness. Each of the inmates not only tells stories to his companions, he discusses with himself in vivid colours his journey to the prison, and describes to himself, with equal intensity, his experience of being there.

These detailed imaginings take the inmates outside of the cell walls as effectively as the stories they tell each other, and it is through them that we discover the consequence of fighting against an authoritarian regime. That consequence is pain.

Sönmez’s characters deal with this pain not by questioning the political motivations of their torturers but through further acts of imagination. Similarly, rather than directly addressing any specific political and social situation, Sönmez focusses on the nature of pain, and how it affects human creativity, cognition and self-knowledge.

Scratched on the cell wall are the words “Why pain?” An explanation is offered: “the way to hide the pain aboveground was by creating pain underground … That was the only way Istanbul could stay on its feet.”

Yet cellmate Uncle Küheylan asks “Whose was this body that was submitting to pain, and how much more could it take?” He also describes how he “tried to get to know […himself…] in the throes of pain.”

Thus the departures that the imagination allows – to the Istanbul aboveground – are inextricable from the immediate experience of the self and of pain in the underground Istanbul. Which of these two Istanbuls is real and which imaginary is the central question of the book. The title itself should perhaps have a question mark – Istanbul Istanbul?

Sönmez, with the wisdom of the fiction writer, does not answer this question. Instead, just as the gambolling and feasting of Boccaccio’s Florentines appear more real than the stories they tell each other, so the intricately designed feast that Sönmez’s inmates anticipate they will share on their release becomes the central reality of the book. The feast – product of pain and imagination – would satisfy the most starved stomach. The book, product of the same, is similarly fulfilling.