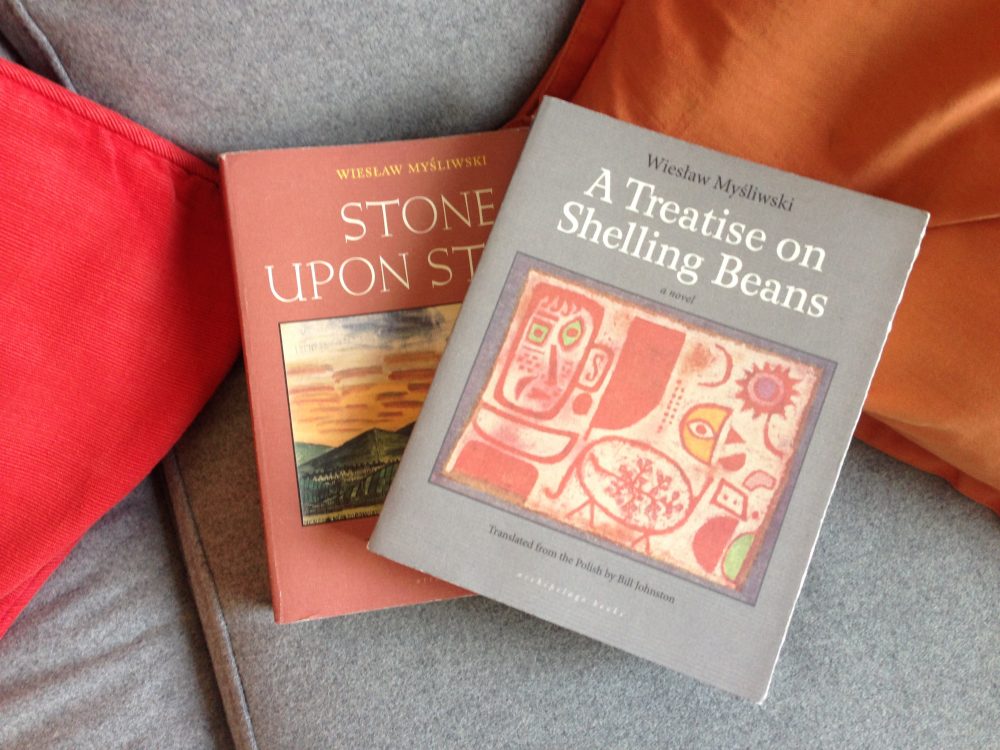 In A Treatise on Shelling Beans, the 2007 novel with which Wiesław Myśliwski won the Nike literary prize for an unprecedented second time (and which appeared in 2013 in a beautifully readable translation by Bill Johnston), the author returns to the narrative format of his pastoral epic Stone Upon Stone. An old man recalls various incidents from his life both before and after the Second World War, building up a picture of a Poland riven by conflict and political change.

However, whereas in Stone Upon Stone Szymek Pietruszka tells his story to a generalised audience, the unnamed narrator of A Treatise on Shelling Beans addresses a visitor, who is also unnamed and whose voice we never hear. The questions around who this visitor is, the purpose of his visit, the exact nature of the relationship between the two men, and why we don’t hear his voice create a set of mysteries around which the novel is built.

The visitor arrives at a lakeside holiday camp, where the narrator is the caretaker, ostensibly to buy beans. But people haven’t travelled to the country to buy beans from rural families for decades. So pods must be found, and the beans must be shelled.

As the narrator performs this repetitive activity, pressing each bean out with a practised thumb, he relates apparently unconnected episodes from his life. Early on we discover that the artificial lake, the campsite and the woods around it are located on the site of the riverside village where the narrator grew up. But why the village disappeared is not initially explained; nor why he has returned there after such a long absence, why he ended up in a borstal, and why playing the saxophone was such an important part of his life.

The truth will out, however. And perhaps inevitably, as Myśliwski is writing about Poland in the mid-twentieth century, that truth is a wartime atrocity. As the nature of that atrocity is revealed, the stories the narrator recounts are invested with meaning. The rheumatism that has stopped him playing sax is inextricable from his return to site of the defining incident of his life. A too-big, brown, felt hat signifies his inability to escape this childhood trauma. Most importantly, he constantly mistakes the people he meets for others; he is sure, for example, that the visitor is someone from each of the episodes he narrates.

In my review for The Riveter of Stone Upon Stone, I describe how Myśliwski represents both human experience and his novel as solid objects, constructed block by block. In A Treatise, he does almost the opposite. The war and the eradication of the narrator’s village have made human identity so unstable as to be almost illusory: “How would you have known”, the narrator asks the visitor, “that someone like me even exists?” What’s more, the narrator is a fiction – mutable according to who is reading the novel. And in turn, the visitor, who never speaks, but only listens, is as different as each person who reads this powerful and hugely affecting book.

A Treatise on Shelling Beans