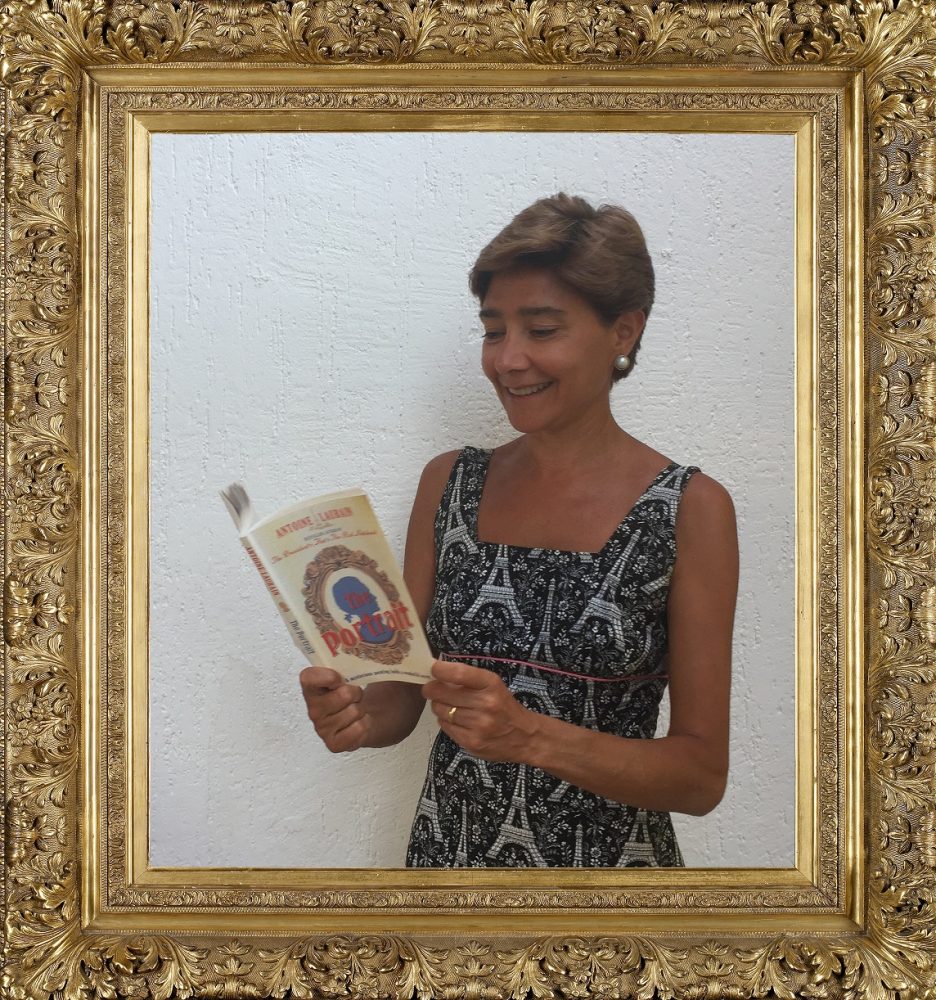 This is one of those books you could devour in a few hours but which then baits the mind for a long time afterwards with the question ‘What was it really about?’ The writing style of this novella might suggest a quick read, but slow savouring is much more rewarding.

The Parisian lawyer Pierre-François Chaumont is an avid collector. At an auction, he bids successfully for the eighteenth-century portrait of a man who looks so much like him that he refers to it as that portrait of me, painted two and a half centuries ago. And yet his wife and close friends deny seeing any resemblance. This spurs Chaumont to discover the identity of the sitter. The quest will provide him with an opportunity to embrace a new life.

Good portraits capture the spirit of their subjects, a blend of inner traits fleetingly transmitted and permanently captured through physical detail: a look in the eye, the curvature of a smile, a way of standing. Feeling that a portrait is a faithful likeness of ourselves means feeling that it is a faithful likeness of our various selves. The failure of his wife and friends to recognise that portrait of me is painful to Chaumont because it indicates that they neither understand nor cherish him and early in the story, we learn that his parents didn’t, either. Everyone but an elderly, gentle uncle – an embarrassment to the family because he is gay – chips away at Chaumont’s identity.

The uncle bequeaths to him in childhood an old coat – a figurative mantle – and his passion for collecting objects. But, as Baudrillard reminds us, what you really collect is always yourself: in Chaumont’s case, the collection is an instinctive means of holding on to fragments of his truest, evolving self. Unbeknown to him, it’s a weapon in his struggle for survival, as shown in the dramatic irony running through the novella: For several weeks I had been trying to make modest inroads into the living room. Bit by bit, over several years, my wife had succeeded in exiling my fabulous collections to one room of our apartment and now the ‘study’ was where all my treasures were stored. But I had recently broken through enemy lines in order to return a few Saint-Louis paperweights to the coffee table. He is eventually ‘recognised’ by someone who loves him (more cannot be said without risking a spoiler). He is led there by his search for the identity of the portrait sitter. The ‘real’ Pierre-François Chaumont thus finally comes to life, though paradoxically under an assumed identity (a minor detail) and thanks to an inanimate object and a long-dead man.

Objects are catalysts for transformation also in Antoine Laurain’s The President’s Hat and The Red Notebook (both out with Gallic Books). The Portrait was first published in France in 2007 but was released in English only this summer, in Jane Aitken and Emily Boyce’s excellent translation. The writing alternates wit and humour with darkness and melancholy, dramatic tension with aphorisms, the real with the surreal, poignant observation with optimism. The rhythm of the prose is thus pleasantly engaging, and the plot suspenseful – not least due to some ethically questionable choices on the protagonist’s part – but more compelling still is the development of the themes over the story’s arc. Antoine Laurain succeeds in creating a first-person narrator who is whimsically and yet realistically unaware of the full depth of his unhappiness until he has distanced himself from it. At the end, Chaumont can comment on his past with a detachment born of gratitude for the present:
I did get lost and I found myself here. And here I still am.

Translated from the French by Jane Aitken and Emily Boyce

Valeria Vescina (https://valeriavescina.com/) is a graduate of the Goldsmiths Creative Writing MA. Her debut novel, That Summer in Puglia, will be released by Eyewear Publishing. She is now researching her second novel, which will also be set in Puglia, but in the sixteenth century. Her teaching focuses on harnessing the narrative potential of different arts in creative writing. She reviews opera and Lieder for Seen And Heard International.