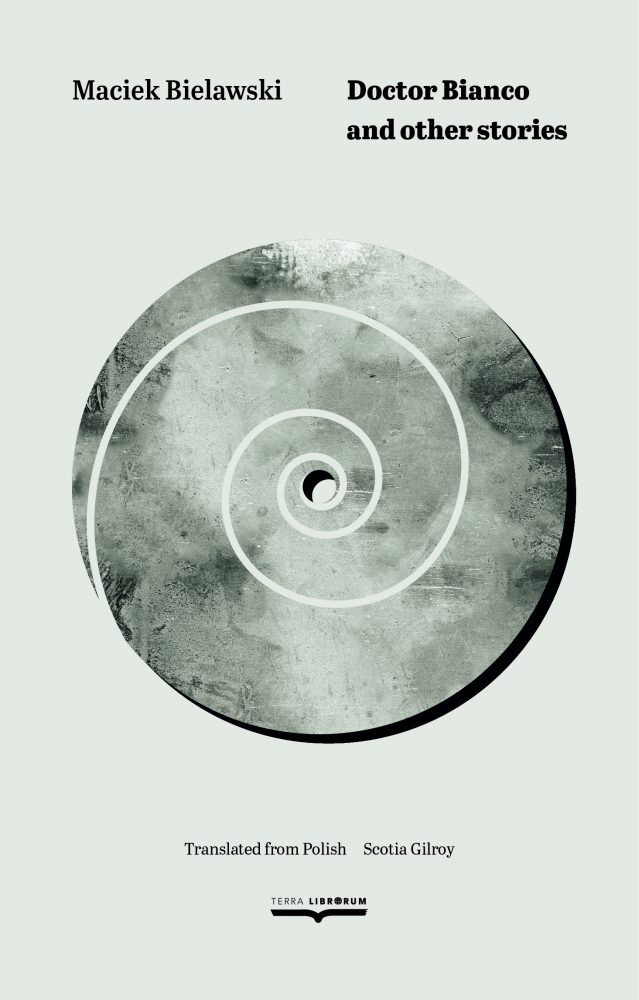 Maciek Bielawski is a new name to watch in Polish literature. His debut in his home country was the autobiographical novel Twarde Parapety (‘Hard Windowsills’) (2016), which describes growing up in a provincial town in communist Poland in the 1970s and 80s. Now, with Dr Bianco and Other Stories, Anglophone readers can sample Bielawski’s work in translation for the first time. Consisting of nineteen short stories, this latest book marks a departure not only in form, but also in narrative perspective. The vantage point is no longer autobiographical, at least not obviously, but multiple, consisting of voices from several generations, first- and third-person, male and female. The stories are set in the present day but include flashbacks to the post-communist 1990s, as well as earlier memories of wartime and communism; the numerous cultural references encompass not only the musicians, films, TV series and gadgetry of Poland, but of Western Europe and America too.

Many of the characters live in the same relatively old apartment building, not a communist-era high-rise; they are lonely individuals with scattered families and fraught relationships with their neighbours and work colleagues, though not all are unhappy. The title story portrays parental disappointment in a son’s unmaterialised artistic career. Simple human interaction is what matters to other characters, such as the postman in ‘Never Disappoint Anyone’, who willingly works overtime in order to linger with the residents, each of whom addresses him by a different forename. The tone can be brutally unsentimental, as in ‘Little Dogs Bark the Loudest’, where two young sisters, having been forced to babysit their baby brother, deposit him in a charity box for unwanted babies. Yet these stories are often more than realistic snapshots; some include stories within stories, creating a multidimensional kaleidoscopic effect that can open up parallel realities (‘Sunday with Daddy’, ‘Wrong Number’).

The translator explains certain Polish cultural references in her introduction, but this knowledge is not essential for appreciating the book’s human level. Behind what seem like gently humorous, culture-specific vignettes of mundane Polish reality, there lurk universal fears of social polarisation and insipient violence. The final story, ‘Little Goat’, visualises a father’s dread of impending war in a repeated scene of flashing red lights, gunshots and soldiers bursting into his apartment as he tries to protect his children. It’s not clear if this is a military exercise or an actual invasion. For readers, the scene may prompt associations with Taliban resurgence or with the fictional Gilead of The Handmaid’s Tale; at the same time, the mention of December in the story recalls the 1981 imposition of martial law in Poland and just such night-time invasions of private apartments.

None of the narrators are religious yet they adhere to traditional rituals, such as baptising children, for fear of upsetting older relatives. The middle-aged father of the opening story explains the difficulties of trying to leave the official Church. But the question of religious dogmatism is omnipresent. In ‘The Letter’, for example, an elderly man complains to his neighbour that his wife was a sympathetic woman until she started listening to Catholic radio; now she considers him ‘godless’.

Despite these discreetly suggestive political references, Bielawski leaves the final interpretation to us: ‘I catch the characters at a particular moment in their lives. What happens in the space outside the narrative is not a question for me, but for the reader’.

DR BIANCO AND OTHER STORIES