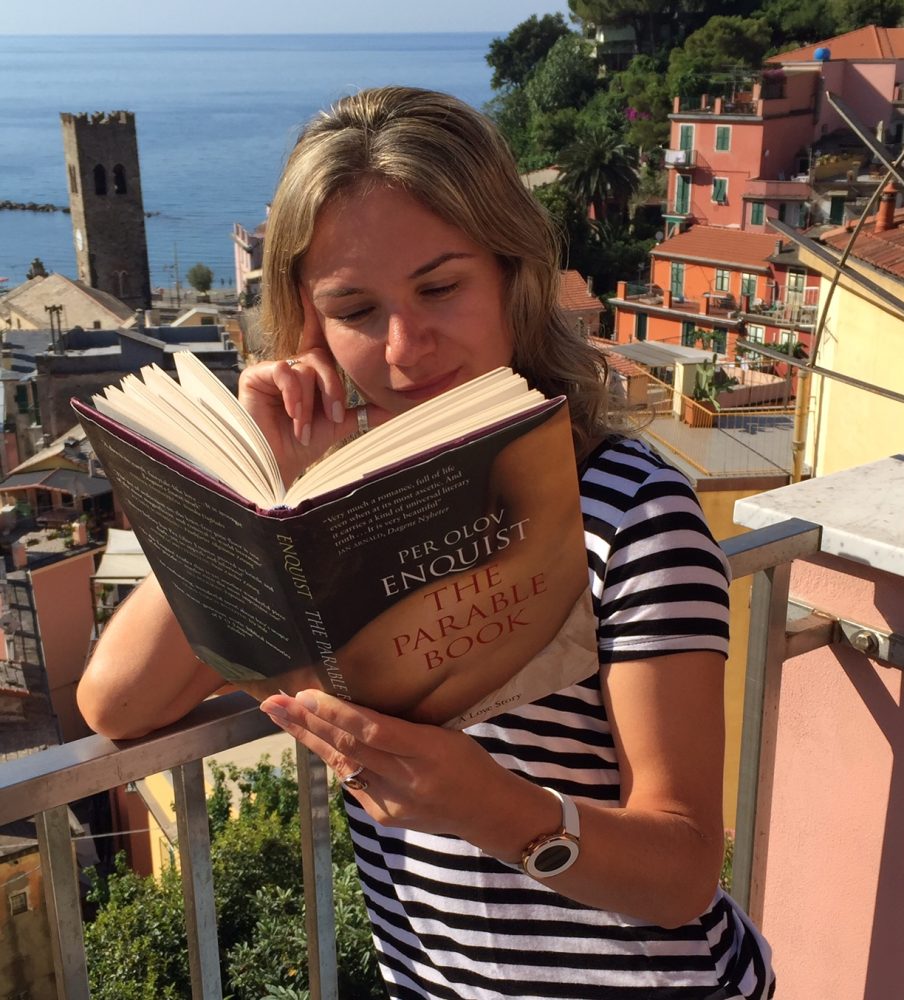 This is more a book of riddles than a book of parables. Written as a stream-of-consciousness, you will find little order or linearity; and certainly do not expect a plot.

Perola, the narrator – who is almost indistinguishable from the author – looks back over his life, recollecting the time when, as a 15-year-old boy, he meets and enjoys a brief affair with Ellen, a 51-year old-woman who is holidaying in a small Swedish village.

Given the literary style, a variety of other stories inevitably intertwine and overlap – an insane cousin, a father who died young, a deeply religious mother, “an aunt who dared”, a still-born brother who shared a name with the narrator, a notebook with nine missing pages, a red fox, a resurrected cat… I could go on.

The power of recollection is deep and broad here, dissecting memory, exposing sediments and layers folded and buried randomly over the years. This is a memory-maze that challenges readers to find their own way through poetic parables of life, love and death, all underpinned by guilt and desire.

Guilt suffuses the narrative from the beginning to the end – guilt over what has been written, but mostly guilt for that which has not, and could not be put in writing. The book is meant to be a love story, yet the narrator admits he cannot write about love. Instead the author creates the space for us to feel it.

The book is an invitation to us all to pause, take a step back and clear our minds, paradoxically with more words, which don’t appear to say much. Similar to a glossolalia, the book’s ramblings generate a kind of frenzy, which means we don’t just read the Parables but experience them, and experience the frustrating “attempt to chase and hold down something tender and fragile”.

The Parable Book works as a reverberation of an oversensitive conscience and soul. This angst-ridden, semi-autobiographical novel is both an ode to love and an attempt to understand its nature, even though the author is well aware of the futility of such an endeavour; because, “Love is as elusive as God’ and ‘Love can never be understood. But who would we be if we did not try?”

Translating such a complex work is by no means a small feat. But Deborah Bragan-Turner’s poetic language and smooth translation does a beautiful job with the rhythm and flow of the book, as much as this type of novel allows.

By Per Olov Enquist

Translated from Swedish by Deborah Bragan-Turner

Stela Brinzeanu is an author and reviewer. She published Bessarabian Nights in 2014 and is currently working on her second novel. For more details see www.stelabrinzeanu.com