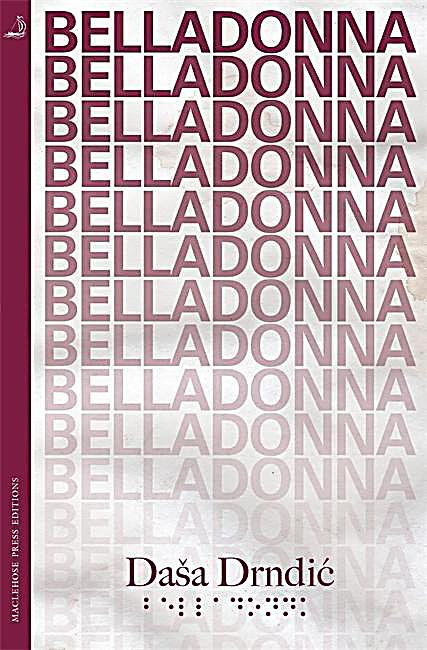 Fasten your seat-belts for a bumpy ride. This is a book that plunges you into the volcano of history, then pulls you back into an agonizing present; that makes you face painful questions, and confronts you with brutal facts you wish you hadn’t known. It’s a book that bites you with its powerful words, and stuns you with its constrained and dignified emotions; a book that shows its reader no mercy and spares them none of the gruesome details – which are described in almost Kafkaesque prose that can be both suffocating and surreal.

For nearly four hundred pages Drndić rummages in a ‘warehouse of undiscovered secrets’ as seen through the eyes of her protagonist, sixty-five-year-old Andreas Ban. A psychologist who is about to retire, Ban is well educated, and well read; but he is also cynical and sarcastic – he has seen it all before. And he is very ill.

Crises of identity lie at the core of this book. Although he was born in France, Ban’s birth was recorded in the ‘Yugoslav’ Register of Births – an option for those who did not want to declare their ethnicity – and he lived most of his life in Belgrade (as did so many Yugoslav intellectuals). There he finished his studies, got married, and years later buried his wife and his elderly mother. When Yugoslavia fell apart, so did his life. Returning to Belgrade from Paris, where he was working at the time, he feared that, given his Croatian name, the Serbian authorities would summon him and tell him to ‘go to Croatia and liberate Yugoslavia. Feel free to go and kill’. Together with his nine-year-old son, Ban packed his belongings and moved to a town in Croatia ‘that has transformed its pedestrian zone into a rural living room into which musicians drag their shabby armchairs from which yellowing foam rubber pokes, in which tents spring up blasting out music which is not music, in which Croatian kitsch is sold…’ It is with passion and irony that Drndić thus captures the struggle of Ban’s life, interspersing it with flashbacks to the Second World War.

The ambiguity of the title – referring to both a beautiful woman and a poisonous plant – runs throughout the book: the story operates on two planes – the personal and the historical; and dualities, comparisons and contrasts are woven into the narrative, which adopts various registers for them, each one fully realised by Celia Hawkesworth’s admirable translation. The haunting fascist past of the Independent State of Croatia (NDH) is linked to contemporary Croatian right-wing populism, which itself is steeped in traditional folklore. The propaganda machine of the Third Reich is juxtaposed with the striking outburst of public forgetfulness and forgiveness that quickly followed the regime’s demise – exemplified by a Viennese photographer and a Croatian film-maker who both conveniently resume their careers after the war, despite their fascist pasts.

The novel’s leitmotiv is therefore a series of parallels – between the failing health of the main character and the degeneration of the polity; between Ban’s terminal decline and that of the state, the town, and the flat he has moved into on his return to Croatia; between the damage caused to the patient by an invasive cancer, and that inflicted on the community he has joined because ‘he spoke differently, he laughed differently (loudly), he dressed differently (sloppily)…’. Parallels between the process of dying and the suffocating provincial spirit which ‘does not like the unknown’. And parallels between physical death and the death of the intellectual – as evidenced in this trenchant observation of academia:

‘the Faculty of Social Science as a whole are meant to produce some kind of intellectual elite, but instead … they produce meek people who procreate in mouse holes. Who talk a lot but say little. Who are not heard outside their teaching rooms…’

At the end of the novel, the protagonist’s son reflects:

‘people are invisibly connected without knowing it, they touch one another through lives that to them remain forever foreign, they step into times which they think are not theirs, they walk through landscapes which are new only to them but which have existed for centuries.’

For me this is prophetic. Drndić was one of three novelists shortlisted for the European Bank for Reconstruction and Development (EBRD) Literature Prize in 2018. I met this very frail but feisty lady at the awards ceremony in March this year. When we got to talking about multiple identities, she gave me a penetrating look and said: ‘You will enjoy this book.’ Within weeks of that event, cancer had taken her from us. I am only sorry that I did not get a chance to tell her how right she was.

Translated from the Croatian by Celia Hawkesworth