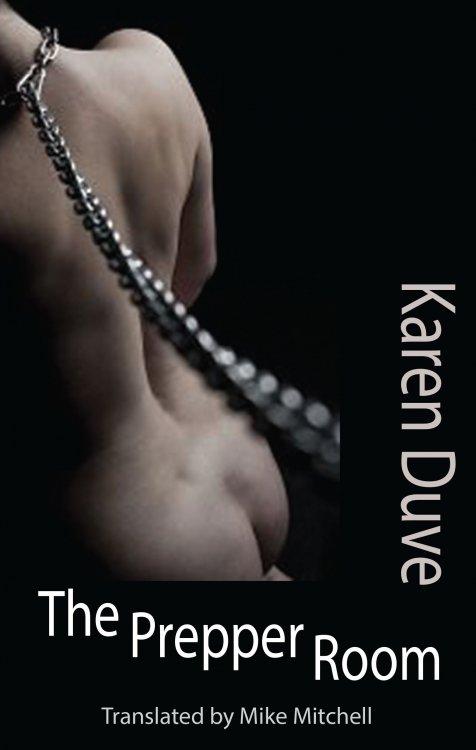 Imagine Germany in 2031. European civilization is on the brink of extinction, and scientists predict the planet has less than a decade to survive. Society is violent and broken, full of contradictions and extremes. Hurricanes engulf the globe, communications are hit and miss, print has long disappeared, anti-aging pills offer eternal youth but with unsettling consequences. Well-heeled, fanatical sects roam like street gangsters. Vultures are out to convert ‘low-life unbelievers’ before they die.

In Karen Duve’s vivid simulacrum of an apocalyptic future, women are in government, but that too comes at a price. Masculinity is in crisis. Men struggle with their new identity. There is growing animosity towards women, successful women, Wonder women. Liberal, well-educated, middle-class males are not happy in their roles. In an attempt to restore their previous power and reintroduce lost patriarchal structures into society, they form a group called MASCULO. The main protagonist in this story is the haughty, self-centred and creepy Sebastian, a seventy-year old who now looks thirty-something. Sebastian is one of those frustrated professionals who has had enough of – as he perceives it – being manipulated by women. A former environmentalist and animal rights activist, he leads a conventional, ordinary life, with a successful career and a respectable job. Abandoned by his much younger wife, Christine, he moves back to his deceased parents’ house in Wellingstedt, a prosperous residential area for professional families near Hamburg, hoping for some peace in his last years before the end of the world. In common with many other families he sets up a ‘prepper room’ in the cellar, but his apparently normal life is not what it seems. Sebastian is on a mission. His estranged wife has gone missing. But she is not any kind of woman, she is a feminist, a woman of power, a high-flying minister in the male-free government. Having secretly abducted, locked and chained Christine in a windowless cellar, Sebastian embarks on a project to regain his lost pride, to correct this ‘historical abnormality’, to make Christine completely submissive.

Sebastian’s conscience is clear. Not only that, he even justifies Christine’s incarceration by asking the reader a rhetorical question: ‘Why else do we make women into housewives and move out into suburbs with them?’ Everything goes according to his master plan until one day, at a school reunion, he meets his childhood sweetheart, Elli. A chance to start afresh? Not quite. The plot thickens. This is a quirky, gripping and, above all, witty fantasy novel, narrated at considerable pace, with subversive elements in the story that make for even more compelling reading. Sebastian is both perpetrator and narrator of the story. Although he is deeply troubled and manipulative, the dialogues this would-be Fritzl has with Christine, the devoted vegan Elli, his sanctimonious brother Uwe, the bully from his school days, Ingo, and with several other characters in the book, are conveyed through smart, satirical, sometimes hilarious passages – almost as if, perversely, the writer is trying to evoke empathy for him. The tone of the book oscillates between light and dark, leaping from cynicism to farce to grotesque. The language can be blunt, graphic and harrowing. By the end of the novel, neither gender has come out very well. Readers with strong views on these matters should be warned to expect the unexpected.

It is excellent to see a work of this versatile writer translated from German – and so effectively. More please! However, personally I could not help feeling that it was a pity that the publisher saw fit to change the German title for this English edition. The original, Macht (Power), gets straight to the point.

Translated from the German by Mike Mitchell